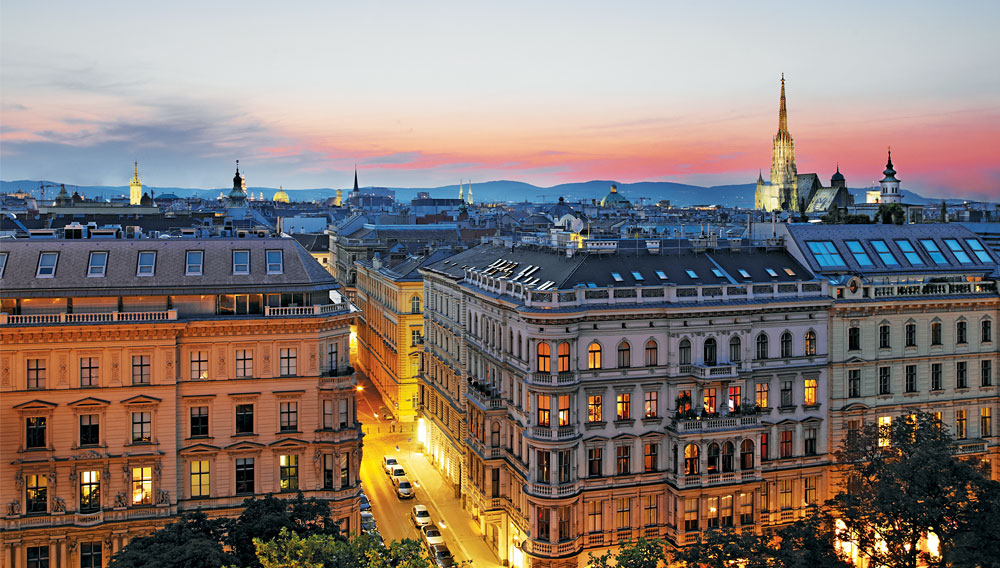 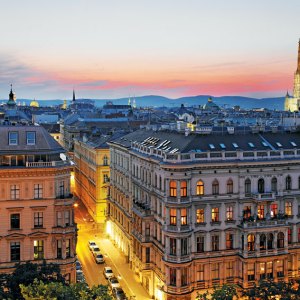 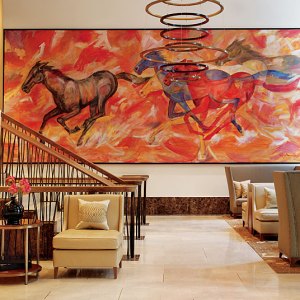 In 19th-century Vienna, anybody who was anybody lived near Hofburg palace, the Habsburg family’s royal residence on the Austrian capital’s Ringstrasse. With the recent opening of the Ritz-Carlton, Vienna, the famous circular boulevard is now home to the top address in town for travelers.

The 202-room Ritz-Carlton made its debut in August as one of the few Viennese establishments operated by an international luxury chain (though hotels by Four Seasons, Park Hyatt, and Kempinski are currently in progress). Comprising four former residences built between 1860 and 1871, the hotel maintains original design elements that include a wood-and-marble stairway, stone columns, and ceilings painted with pastoral scenes.

The eight-story property also features such modern touches as a 60-foot indoor lap pool, a Guerlain Spa, an Austrian fine-dining restaurant, a cigar bar, and a rooftop lounge with views of St. Stephen’s Cathedral and the Stadtpark. Concert halls and opera houses, where the Habsburgs attended performances of music penned by Austrians Mozart and Mahler, are within walking distance on the Ringstrasse. The Ritz-Carlton, Vienna, +43.1.311.88, www.ritzcarlton.com