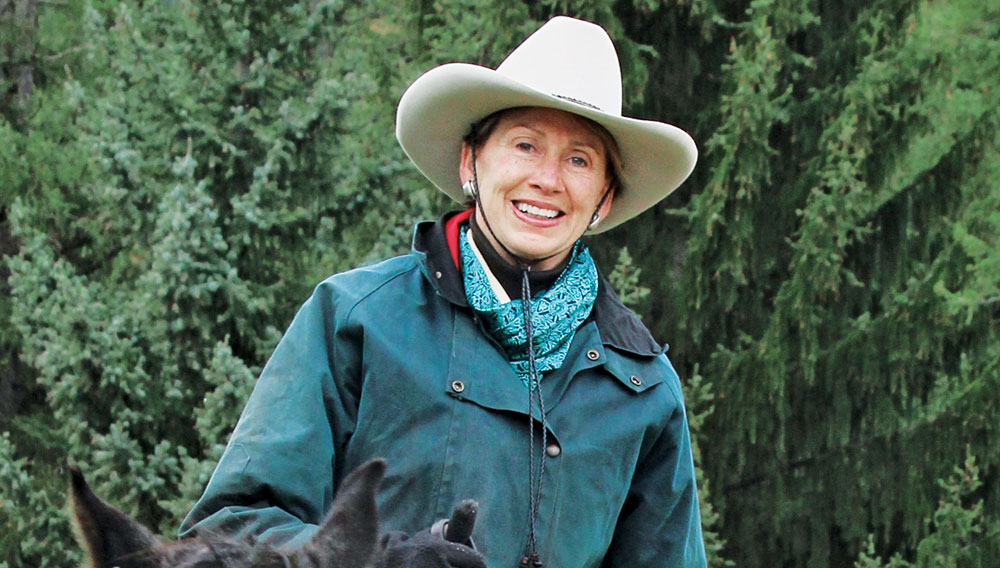 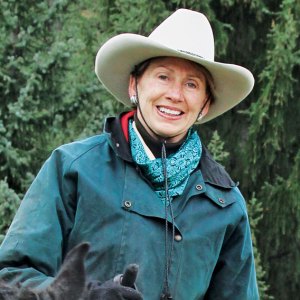 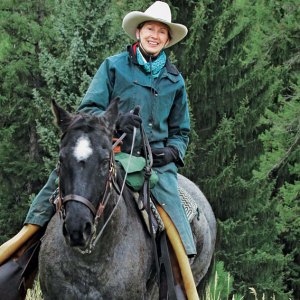 Barbara Barrett was born to cross frontiers. The daughter of an “Arizona cowboy,” she was raised on a farm in Pennsylvania and could drive a truck, milk a cow, and shoe a horse by the time she was 10 years old. After earning a law degree from Arizona State University, she served as an intern for Sandra Day O’Connor, who at the time was in the state senate. High-ranking positions at the Civil Aeronautics Board and the Federal Aviation Administration followed, as did an ambassadorship to Finland. Along the way, Barrett picked up a pilot’s license, became the first woman to land an F-18 fighter jet on an aircraft carrier, and prepared to explore the final frontier by training as an astronaut. But Barrett, now 62, never lost her fascination with the West. She and her husband, Craig, own more than 700 pieces of artwork of the American West, and in 1993 they bought a piece of the real thing: a guest ranch in Darby, Mont., which they developed into the acclaimed country resort Triple Creek Ranch.

What drew you to Montana?

The cowboy country, the cowboy of my heritage. The ranch is reliving a little bit of what I heard about from my dad. With the ranch, we don’t feel like we own something—we feel like the temporary custodians of a great gem, a national treasure.

Tell us about your art collection.

We like the Western motif, but not so much the cattle kind of thing as the landscapes that show the majesty of the West. We have paintings from artists like Ed Mell, Merrill Mahaffey, and Jean Richardson. A favorite of mine is Charlie Russell’s Sunfishing, an oil of a bronco-busting cowboy painted on a barrelhead. At the turn of the last century, art materials were an extravagance—canvas was used for tents and sails, and burlap for sacks. A concave barrelhead was his canvas substitute.

Every year, I try to do some exertive vacation—something that keeps me in shape, gets me in shape, or makes me hurt. So we climbed Mount Kilimanjaro in 2007; in 2008, I bicycled across Finland; in 2009, I went through four and a half months of astronaut training in Russia. I recently went to the Auckland Islands, a sub-Antarctic island group, south of the South Island of New Zealand. They’re often called the southern Galápagos. The islands are home to plants and animals that exist no place else and are native there. There are penguins that don’t exist elsewhere; there’s a flightless teal; there are geranium-like plants that are so big you can practically walk under them.

What stirred your interest in aviation?

When I was a little girl, my dad took my brother and me to go flying. We went to a little grass strip that had a barn for a hangar, and he took us for a little flight in a small plane, probably a Piper or Cessna, and we flew around Pennsylvania. He told us, “I want to take you for an airplane ride, and I don’t want you to be afraid.” So I wasn’t afraid. In fact, I loved it so much that I became a pilot.

What adventures did that lead to?

When I was an ambassador, the Finns bought American-made F-18s. When the chief of staff of Finland discovered that I had flown the F-18, he challenged me to a dogfight over the northern skies of Finland. Then in 2009, the space-tourism company Space Adventures asked if I would be willing to train with them, because they didn’t have anybody lined up as the backup [to Cirque du Soleil cofounder Guy Laliberté, who ended up making the trip to space]. It was the most extraordinary experience—just the training was exhilarating. I think I am the luckiest gal alive!