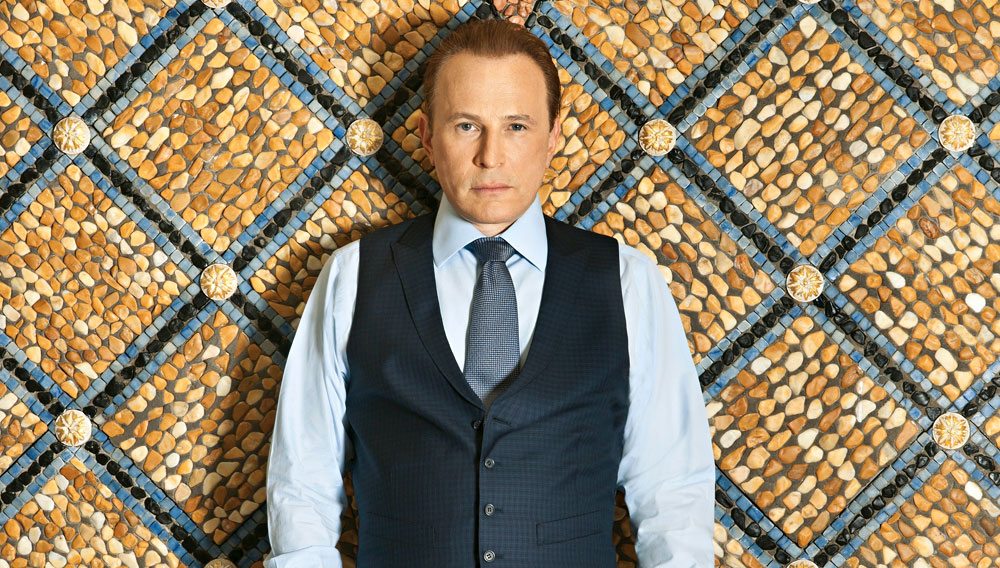 Barton G. Weiss certainly knows how to put on a show. The owner of the Villa by Barton G in Miami—named one of Robb Report’s Best of the Best hotels in the June 2011 issue—started his career as a professional ice-skater before migrating into theatrical and event production, restaurants, and now hotels. The Villa by Barton G, his first hotel, is located in the former Gianni Versace mansion, which Weiss acquired in 2009 and transformed into an extravagantly eccentric 10-suite retreat. In addition to his business ventures, Weiss is a breeder of giraffes, zebras, and other exotic species, which he keeps at his private animal farm in Florida. He is also the founder of the Barton G. Kids Hear Now Foundation, an organization he started in 2008 after discovering his daughter was born deaf. The foundation assists in the health and education of deaf children and their families, with an emphasis on the viability of cochlear implants and other means of helping affected children become part of the hearing world. —Danielle Cutler

How did you go from ice-skater to hotelier?

I was a professional ice-skater in my early years, then theatrics production and entertainment became my main line of business. Nineteen years ago I switched over to hospitality. Everything I do is about creating memorable moments, not only visually, but affecting all of the senses. With the Villa, it wasn’t as much a natural progression as it was a rebranding. I’ve never owned a hotel, but I was up to the challenge. I knew exactly what I wanted when I walked in.

Where do you like to go when you travel?

I traveled quite a bit in my early years, touring with shows and just for my own personal reasons, but if I could go somewhere now, it would be a secluded island with no electricity, like Survivor. Other than that, I’m very much into ambience, like that in Italy and France and what’s created in those countries in terms of hospitality. I’d like to experience all the private villas, which I haven’t been able to do yet.

Tell us about your animals.

My exotic-animal farm is my passion, or maybe a hobby, but I’m too old for a hobby. I breed and raise exotic animals that I’ve raised from birth, so I’m not a rescue center. My whole life and my whole brand are around this overall experience, so anyone who knows me knows that I’m into exotics. I don’t do felines, but I have giraffes, flamingos, chimpanzees, zebras—it’s like a mini-zoo. It’s a really cool environment. We created a lagoon in the middle of the property, so when you’re lying in the lagoon and looking out it’s like you’re in Africa.

The Barton G. Kids Hear Now Foundation is another of your passions.

Yes, the foundation is 4 years old. I joined forces with the University of Miami, and we built a center that opened in December 2010. We donated $5 million to construct the building and pay for employees’ salaries for the next 10 years. It’s an international hearing center, which focuses on early childhood detection from birth to 3 years old.

How many kids are involved?

The institute sees hundreds of patients, because the University of Miami—well, Miami—is a cultural melting pot for all of South America, so we get a lot of international kids.

For me it’s about mind, body, and soul—and that all three are healthy. In the last nine months, I’ve completely changed the way I eat, a difference in the way I work, so living well means being healthy, feeling better, keeping a positive outlook. After opening the Villa, I’m trying to focus on myself.