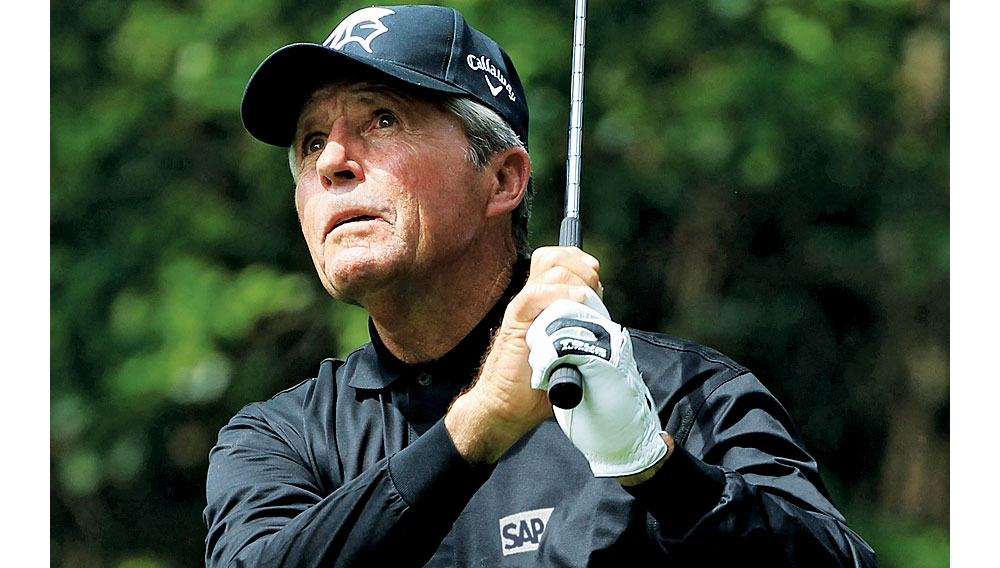 The World’s Most Traveled Athlete, one of golf great Gary Player’s nicknames, might be an understatement. “I think I’m the most traveled human being who ever lived, because I’ve been traveling around the world almost year-round for close to 60 years,” says Player, who turned 75 in November. Along the way, he has earned victories in 165 professional tournaments, including nine PGA majors and nine Champions Tour majors. He also has raised over $33 million for the Player Foundation, which benefits impoverished children, and has designed more than 300 courses on five continents. Recently the South Africa native spent time in Mexico, at CostaBaja, a Pacific-coast resort and residential community where the country’s first Gary Player Design course opened in November. “I love the landscape, and also I love the contrast in colors,” Player says of the course. “The green grass against the brown backdrop is so visually stunning. And then there’s the beautiful Sea of Cortez. You can see it from at least 14 holes. Frankly, I think golfers are going to be distracted by the beauty.”

Do you have a favorite destination?

One of the most beautiful places I’ve been is Monterey in Northern California, where they have the 17-Mile Drive. But in South Africa, we have a thousand miles of that. My favorite destination is a place called Plettenberg Bay [in South Africa]. High, high mountains all along the coast. You’ve got these cliffs where you can see baboons hanging and sleeping at night, staying safe from the leopards and other animals of prey that would get them. In the bay, the whales and dolphins are in abundance. My grandchildren—I have 15 American grandchildren—visit our beach house there, and they go into the bay and touch the whales. It is just such a paradise.

Is there any place you are in no rush to visit or return to?

Any place that has pollution and enormous traffic, where you have to sit in that traffic for two hours to go anywhere, that’s a place I never want to visit.

Is there any place you have not been to that you would like to visit?

The Hunza Valley [in northern Pakistan]. People there are living to 125 years old. I’m very interested in longevity. They have the most superior water in the world there, and they lay off all animal fats, which I try to do. They live on vegetables and this great water.

You are a strong proponent of eating well, and you fly constantly. Do you eat airline food?

When I get on an airplane I take some nuts, some raisins, some fruit. And I have a lot of water. I watch the guy sitting next to me, and he has a big steak, a baked potato, some ice cream. And the hostess wakes him at 6 o’clock in the morning, and he has bacon and eggs and sausage and white bread and a cup of coffee. How can you live a long time when you eat like that, with no exercise, and put all these high-fat foods in your body?

You used to travel with your six children. Do you have any advice for people traveling with kids?

The thing my wife [Vivienne] did, which was brilliant, she gave each child his or her own bag of goodies, containing books or coloring books or fruit or candy. They weren’t allowed to open them until they got on the plane, and that kept them occupied to a great degree. One time my wife flew from New York to Palm Springs with our children, and Bob Hope was sitting behind her. I met them at the airport, and when Bob got off the plane—I knew Bob well—he said, “Gary, I’ve never seen such well-behaved children on a flight that length of time.” Today so many children are telling their parents what to do. I’ve seen children get on planes screaming at their parents and telling them what to do. How can you enjoy that? You’ve got to give a child lots of love, but also lots of discipline. And when you travel, you speak once.