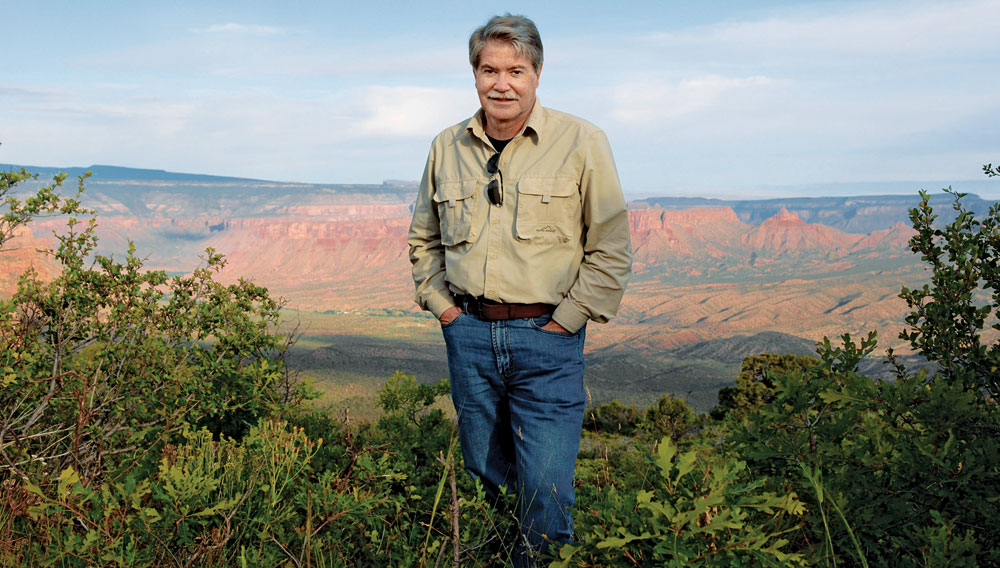 When he was young, John Hendricks was fascinated, as boys often are, with wildlife, dinosaurs, space, automobiles, and adventure. His favorite TV shows were Mutual of Omaha’s Wild Kingdom and Walter Cronkite’s You Are There. As an adult, perceiving a lack of such programming, Hendricks in 1985 launched the Discovery Channel, America’s first television network dedicated to science and exploration. His passion for both subjects also informed his decision to acquire 10,000 acres in the geologically and archaeologically rich red-rock country near Grand Junction, Colo., where he built Gateway Canyons Resort (www.gatewaycanyons.com). Guests come to this sprawling retreat, which Hendricks recently renovated and expanded, to explore the surrounding area with experts—like a Discovery program come to life. The resort also includes a museum that houses Hendricks’s car collection, which spans 100 years of American automobiles, from a 1906 Cadillac to a 2006 Mustang. —Margie Goldsmith

What is your attraction to the West?

I’ve been all over the world, but there’s just something about this red-rock canyon country of western Colorado, with its geologic history and natural history, that really speaks to me. This is an area where the planet really opens up to tell its story and where you’re so much more aware you’re on a planet. This is my favorite spot in the world.

When did you become passionate about cars?

I was 7. My older sister was dating a boy with a brand-new 1958 Corvette. It was like something had arrived from outer space. I think it was my first art experience because of the curves and the lines.

How has your curiosity about the world shaped you as a car collector?

I’m curious not only about how cars are engineered and the science behind them, but [also about] their styling, how it represented the period at the time. For example, the ’50s was the era of the jet engine, and the streamlining that went on [in automobiles] at the time started reflecting the jet age. During the 1930s, when Art Deco was all the rage, cars reflected that.

What are some favorites from your collection?

I think the 1954 Oldsmobile F-88 Convertible Concept Car, the only one in the world. I think every museum needs that special attraction, whether it’s the Mona Lisa or the Hope Diamond; for us, it was the F-88. My second favorite is the 1937 Hudson Terraplane Convertible Coupe, which Amelia Earhart endorsed and which was a huge success—a story of marketing and styling and engineering all rolled into one. And my third is the 1930 Duesenberg Model J Transformable Cabriolet, which was displayed at the 1929 Paris auto show. There were only two made: one for the King of Spain and the other for William Randolph Hearst and his love interest, Marion Davies.

Do you collect anything related to science and adventure?

I love maps; I inherited my father’s wonderful road-map collection, and I’ve added on to that. I also collect large, substantial fossils, ancient things that touch me and represent the history of the planet. I have a saber-toothed tiger and a 250-million-year-old fossilized pinecone, which is one of the most beautiful things you have ever seen, almost like a jewel.

What are you on the hunt for now?

I’m always looking for intriguing fossils, and I’m still looking for a Tucker automobile, made in 1948. There were only 51 made, so from time to time, my wife and I will go to auction and see if there’s something.