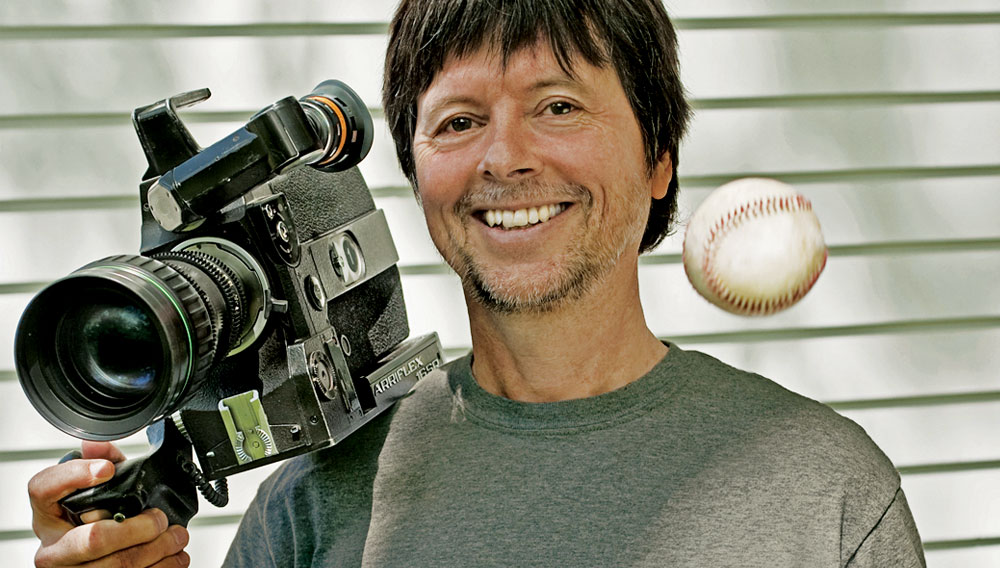 Through his luxuriously long—and immensely popular—documentaries, Ken Burns has shaped our collective knowledge of jazz, the Civil War, national parks, and other thoroughly American subjects. This month, the 57-year-old filmmaker trains his camera for the second time on our great American pastime with The Tenth Inning, a four-hour documentary airing September 28 and 29 on PBS. The film picks up where 1994’s 18.5-hour series Baseball left off, charting the hits and misses of the sport’s last 16 years, including the strike that left many fans disillusioned, the increasing dominance of Latino and Asian players, the emergence of a new Yankee dynasty, and the rise and fall of Barry Bonds, Mark McGwire, and other players associated with performance-enhancing drugs. Burns, who previously shunned sequels, acknowledges that he could not wait to return to the diamond. “I’m unabashed,” he says from Walpole, N.H., where the father of three lives with his wife, Julie. “It’s the greatest game that’s ever been invented.”

What are your earliest memories of baseball?

I can’t remember a time where I didn’t have a mitt on. For a lot of people baseball is a connection to family, but because my mom was so sick from the moment I was aware of anything, and my father was distracted by that, catches in the backyard were few and far between. Baseball was a refuge, the one thing I had.

Do you collect baseball memorabilia?

I’m not so much about the things as I am about the feelings and the memories of stuff, like what kind of pitch I threw when I was given the privilege to throw out the opening pitch at the “Homer Dome” in Minnesota in 1994, or this June at [Nationals Park]. In 100-degree heat in Dallas three weeks ago, I threw a fastball in front of Nolan Ryan. I just want to go on record with that!

Why do you think baseball collectibles are more prized than other sports memorabilia?

Baseball holds resonances that are deep and lastingly and authentically historical. [Author] Carson McCullers used this wonderful phrase “the we of me.” The we of me is tied up in this game. I love that. I have three daughters. A .300 hitter means the same thing to them as it does to me as it did to my father and, more importantly, as it did to my great-great-grandfather, Abraham Burns, who fought in the Civil War. I defy you: Name me one thing besides the Constitution in American life that’s the same.

Do you have any other favorite pastimes?

The thing that I do by myself for myself is The New York Times crossword puzzle in ink every day, and I finish. Seven days a week, 365 days a year.

Our favorite place is Telluride, Colorado, where we’ve rented the same house for 21 straight years and attend the film festival. We usually make an approach to Telluride that takes in a national park or two. So, like a busman’s holiday, we’ll go right back to places we’ve been before, like Arches, Canyonlands, the Grand Canyon, Zion, or Rocky Mountain National Park. I’ve had the great good fortune to travel to every one of the 50 states, but I want to see more of the world. Robb Report and other magazines tempt me to wander.