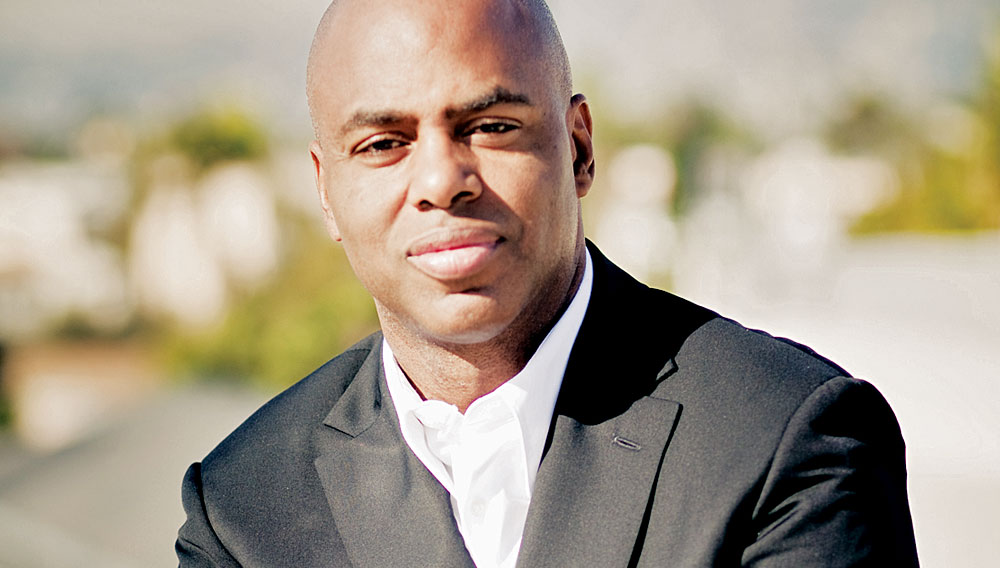 Kevin Frazier is always on his toes. The 46-year-old correspondent for Entertainment Tonight spends much of his time trying to keep up with his two young sons at the family’s home in Los Angeles. Away from home, he tackles an equally taxing duo in his role as cohost of the Versus cable network’s The T.Ocho Show—with famously outspoken Cincinnati Bengals football stars Terrell Owens and Chad Ochocinco. Frazier started his career in sportscasting in the early 1990s (around the time he became a regular reader of Robb Report), when he worked in Cincinnati for the “NFL on Fox,” and he eventually became a host of ESPN’s SportsCenter. In addition to being a sports enthusiast, Frazier is a self-proclaimed gadget nut and travel snob, traits he already seems to have passed down to his sons. —Bailey S. Barnard

So why do you say you’re a travel snob?

I fly private some of the time with ET, and my family and I mainly fly American Airlines first class, and that can make you a little bit of a spoiled traveler—which I realized recently when I was flying with my 3-year-old. He looked at me and said, “Hey, I’m ready for the ice cream now. Can you ask the lady for the ice cream?” And I looked over at him and said, “Dude, are you serious right now? I need to take you in the back to get a box lunch immediately.”

What gadgets do you carry with you on the road?

I’m a huge gadget guy. That industry is constantly evolving, and so I’m constantly trying to find what’s next. Right now, it’s my BlackBerry and my iPad, and, because I have a production company and a website, I’m on my laptop all the time. But I love my iPad.

What gear do you have at home?

I’m fascinated with the way everything can be done wirelessly, and so that became my obsession for about a month and a half. It’s so simple using Apple AirTunes through iTunes. I love that my son can get up in the morning, grab an iPod Touch, and put on the music from The Princess and the Frog. All of our speakers are from Klipsch—all in-wall. Those guys are awesome. I did a great Klipsch sound system in our family room, which my wife hates. She says, “It’s too loud. The floors are rumbling again.” But it’s great because we have all the speaker setups operating on their own zones, so you can be in one place and listen to different music—which means I don’t have to listen to The Princess and the Frog when I’m in my office.

What are your other obsessions?

When time permits, I golf like a crazy man. Locally, I love Trump [National Golf Club Los Angeles]. It’s a killer, so I always bring a big bag of balls. My family is originally from Charleston [S.C.], and we have a place there now, so I frequently play the Ocean Course [at Kiawah Island Golf Resort]. I also always seem to end up at Wild Dunes [Resort], which has great courses. We’re tennis fanatics, too, and they have great tennis there. I do some stuff for the Tennis Channel during the U.S. Open, and it’s great to be able to play at places like that.

What are some of your other favorite destinations?

Paris is my favorite city. It’s incredible, but I have to say Morocco is pretty phenomenal, too. Also, because of Robb Report I went on a safari in South Africa a while ago. I was trying to figure out where we were going to go, and I read about Singita Lebombo, which had just opened at the time. It was incredible—really, really secluded. It helps you realize that, with everything you deal with every day in your life, it’s all just nature—and that place really takes you back to nature. It was a mind-blowing experience.