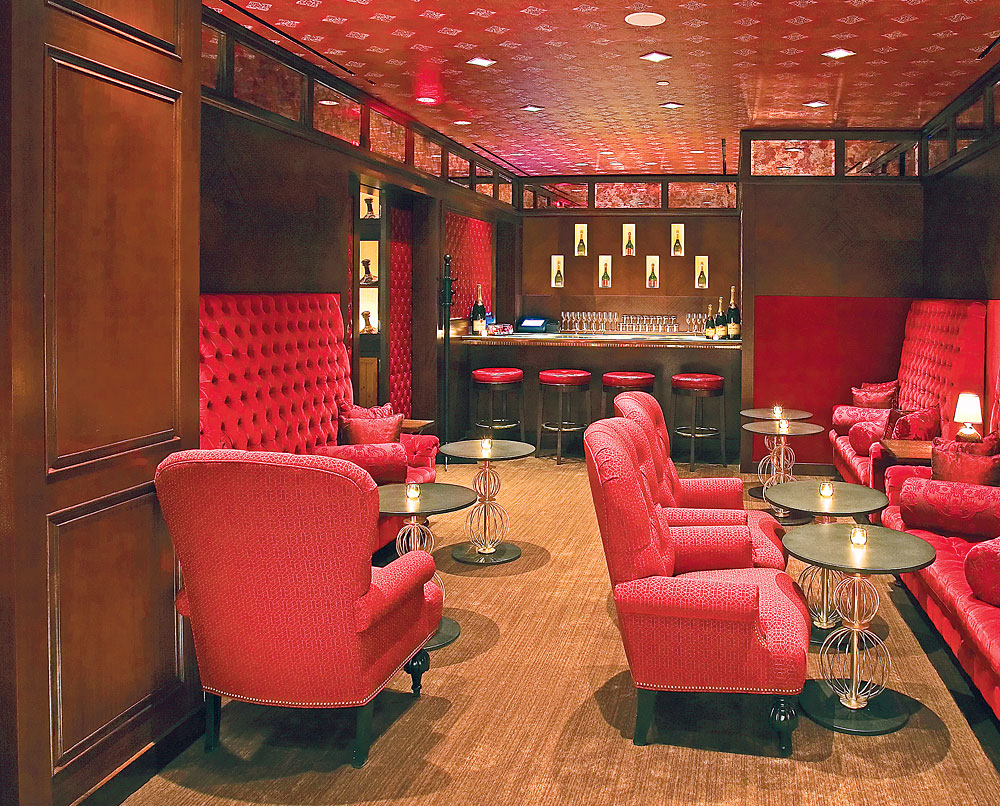 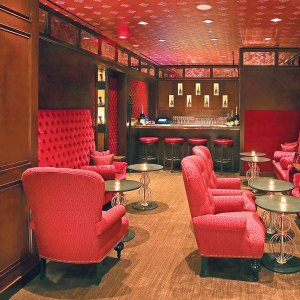 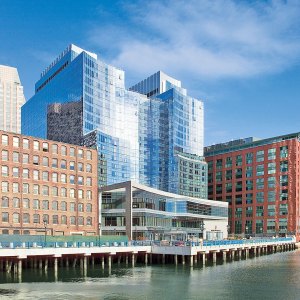 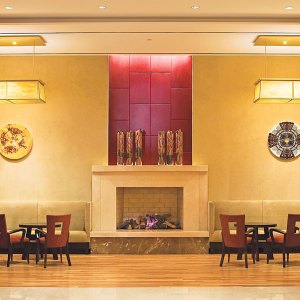 Like mainsails strainingagainst a spar, the concave- and convex-walled towers of the new InterContinental Boston appear to billow over the city’s waterfront, including the location where the Tea Party occurred in 1773. From the U-shaped, pewter-covered bar in the hotel’s RumBa lounge, you can view the tea-dumping site while sipping a more potent beverage that also played a part in Boston’s past. The city was a hub in the rum trade during the Colonial era, and the libation’s link to Boston lives on at RumBa, which stocks 70 premium examples of the spirit.

Aside from its rum bar, the InterContinental points more to Boston’s present and future than to its past. The two 22-story towers of the $310 million, 424-room hotel, which opened this spring, stand as symbols of the waterfront’s recent renaissance. An elevated highway once isolated the area from the rest of Boston, but the Big Dig project relocated the interstate underground and reconnected the waterfront to the city’s financial district and historic Faneuil Hall marketplace.

The radical angles of the InterContinental’s towers result in a wide range of configurations among the suites, where modern touches include light and dark Italian marble paired with Cabernet-colored leathers. Contemporary fusions continue downstairs at Sushi-Teq, which might be the world’s first restaurant billed as a sushi, tapas, and tequila bar. More traditional fare can be found at Miel, a Provençal-style brasserie helmed by Michelin-two-star chef Jacques Chibois.

After dinner at Miel, you can walk the short distance to Boston’s theater district and historic North End or, in good weather, stroll along the InterContinental Gardens, a two-acre promenade between the hotel and Fort Point Channel. Directly in front of the hotel, the mile-long Rose Fitzgerald Kennedy Greenway, which will link three nearby parks now under construction, has transformed the adjacent and formerly uninviting Atlantic Avenue into a tree-lined boulevard.

Beside Fort Point Channel on Boston’s historic waterfront, within walking distance of Faneuil Hall, the North End, and the theater district, and a 15-minute water-taxi ride from Logan International Airport.

The highlight of the 424 guest rooms and suites is the 3,300-square-foot presidential suite, which features a library, a baby grand piano, and views of Boston Harbor.

The 6,600-square-foot spa and health club includes a 45-foot-long lap pool. The hotel also has a business center and two harbor-view ballrooms. Club InterContinental members have access to a private lounge.

Miel restaurant serves French fare indoors and on an outdoor terrace overlooking the harbor. Salsa music and Spanish, Japanese, and Mexican fusion food set the tone at Sushi-Teq, while rum and Champagne are the focus at RumBa.

A private culinary tour of the nearby North End. Visit the area’s finest salumerias and pasticcerias before dining on Peruvian-accented southern Italian fare at Taranta Cucina Meridionale.