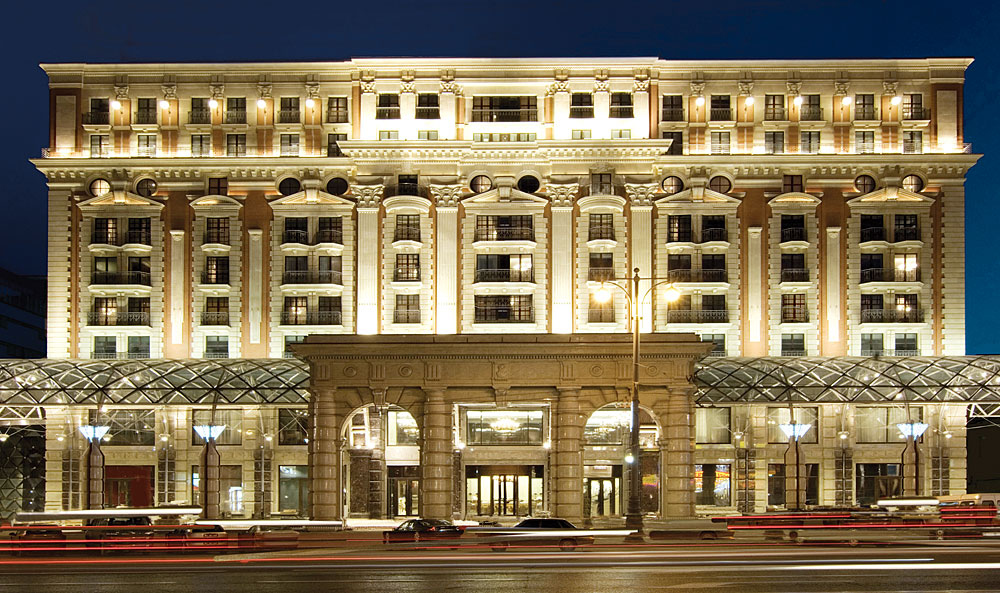 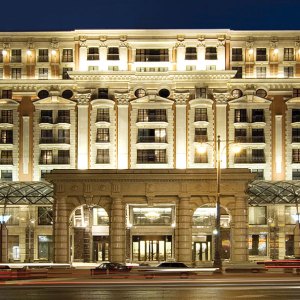 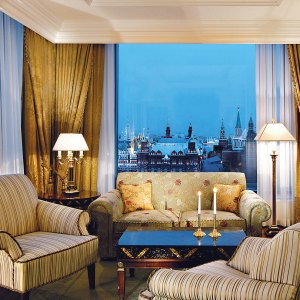 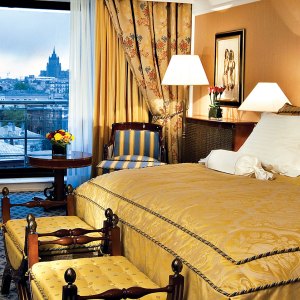 Few hotels better representrecent social, political, cultural, and economic changes than the Ritz-Carlton, Moscow, which opened in July within spying distance of Red Square, the Kremlin, and Lenin’s tomb. Located on Tverskaya Street—Moscow’s version of Broadway—the 334-room property occupies the site of what was once a shady, Soviet-era hotel that was about as welcoming as a KGB inspection at Sheremetyevo Airport. Today, the former Intourist Hotel has been transformed into a $350 million knockout with Moscow’s most expensive hotel rooms, which begin at $1,000 per night.

The Ritz-Carlton’s rack rate is one of several high-flying figures—a $19,000 presidential suite, a $700 Tsar’s Breakfast (with bowls of caviar and a bottle of Cristal), $400 shots of 1969 Macallan single malt—at the hotel. But with a crowd of sheikhs and oligarchs already frequenting the property, the Ritz appears to be in keeping with modern Moscow. Guest rooms at the hotel are the city’s largest, at 450 square feet or more, and those facing the Kremlin are well worth their premium for the views of Red Square’s gold domes and spires.

Guests staying on the Ritz’s Club Level enjoy caviar with blinis and free-flowing Champagne during dinners in a private lounge. The Champagne also flows at the 02 Lounge, a glass-and-steel-capped rooftop bar with a grand outdoor terrace overlooking Red Square. White leather couches, scarlet pod chairs, and contemporary global music set the stage at the Bar & Lobby Lounge, where the sushi menu includes a roll flecked with gold leaf and caviar.

Culinary purists will prefer the Ritz’s Jeroboam restaurant, which serves chef Heinz Winkler’s Slavic-influenced cuisine in a light-drenched dining room that opens onto Tverskaya. For those who venture out onto Tverskaya and beyond, the hotel’s charming, impressively cool-headed concierges manage to transform what remains one of Europe’s most confusing capitals into a near-hassle-free joy.

The 334 rooms include 65 suites located in a newly built, imperial palace–style structure filled with 1,800 Russian antiques. Kremlin-view rooms in the main hotel building are an even better option.

The ground floor is home to retailers including jeweler Helen Yarmak. This fall, the hotel will open a 21,500-square-foot spa with a gym and a dome-capped indoor swimming pool.

Take the Moscow Metro. Built in the 1930s, the system is not only the world’s busiest, but also its most beautiful. Maneuver onto the First or the Gorkovsko-Zamoskvoretskaya lines and hop from station to station to see an underground realm of stained glass, crystal chandeliers, and towering carved columns.