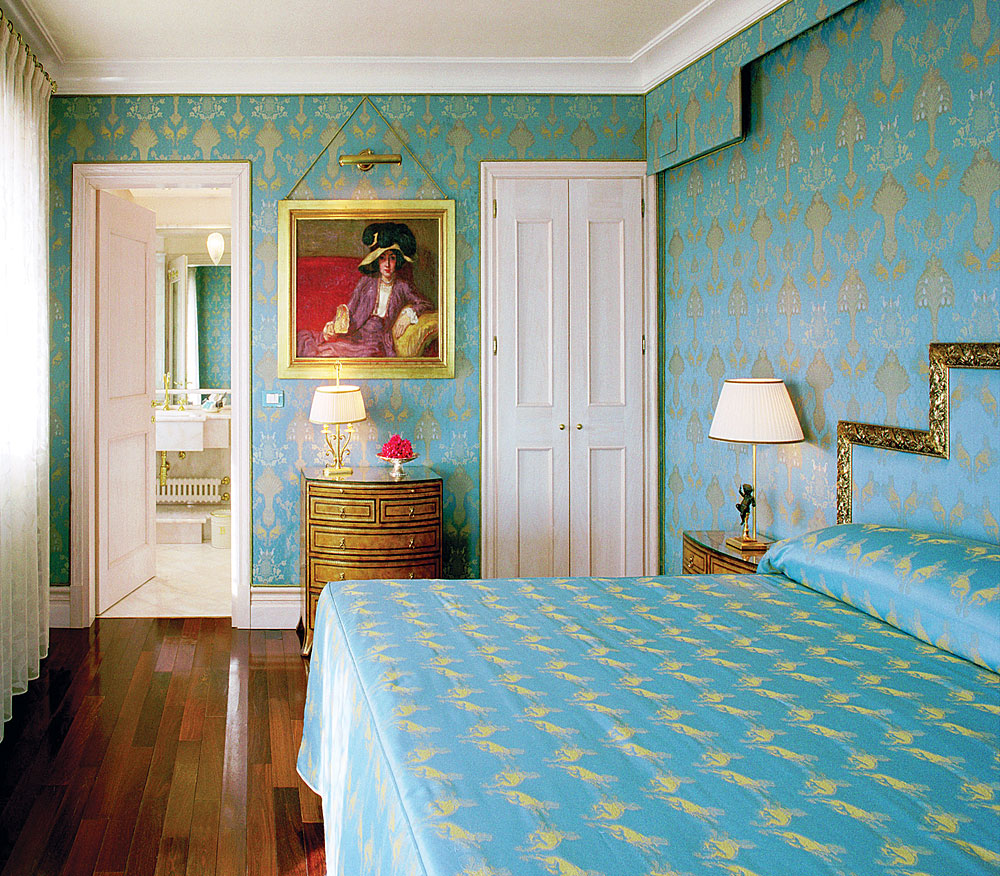 During winter’s aqua alta, or high-water season, Venetians forgo designer shoes and instead slosh around their city in rubber boots. Sirens warn residents and visitors to move to higher ground as rising Adriatic tides creep into the streets, often for a few hours each day. Francesca Bortolotto Possati, owner of the Bauer Il Palazzo hotel, serves as a board member of Save Venice, an organization formed in response to floods in 1966, when tides covered Piazza San Marco with a record 4 feet of water. Possati also works diligently to preserve her family’s legacy, the Bauer, located a short walk from the piazza at the end of the Grand Canal.

After living in Texas, Michigan, and New York, and earning two English degrees and a pilot’s license, Possati returned to Venice in 1997 to run her grandfather’s Bauer-Grünwald hotel. Possati split the 18th-century palace into two smaller properties, L’ Hotel and Il Palazzo, and invested $38 million to restore both. Il Palazzo emerged as a boutique hotel fit for the doges, with antique chests and chairs, gilt mirrors, stucco ceilings, and the finest Venetian fabrics, many of which Possati selected herself.

Possati also added amenities to the hotel such as a solar/electric boat that shuttles guests through the canals. The broad seventh-floor terrace at Il Palazzo’s breakfast restaurant, Settimo Cielo (Seventh Heaven), affords views over the canals to the top of the Campanile. At the base of the 324-foot-high bell tower sits Piazza San Marco, which, depending on the season, is usually covered with either pigeons or water. If the latter, let the sirens signal the right time for another flute of Champagne, or for a long winter’s nap in Il Palazzo’s Royal Suite.

At the end of the Grand Canal, a two-minute walk from Piazza San Marco.

Owner Francesca Bortolotto Possati decorated the 44 rooms and 38 suites with tapestry wall hangings, antique furnishings, and Murano glass chandeliers. Several of the accommodations have terraces, and most afford views of the canal.

A fitness room and health spa, and a rooftop Jacuzzi with views of Venice and the lagoon.

The canal-level De Pisis for gourmet dinners, the high-and-dry Settimo Cielo terrace for breakfast, and Bar Foyer for cocktails and grappas.

Private jet service to Verona for an opera at the Arena, the third-largest surviving Roman amphitheater.