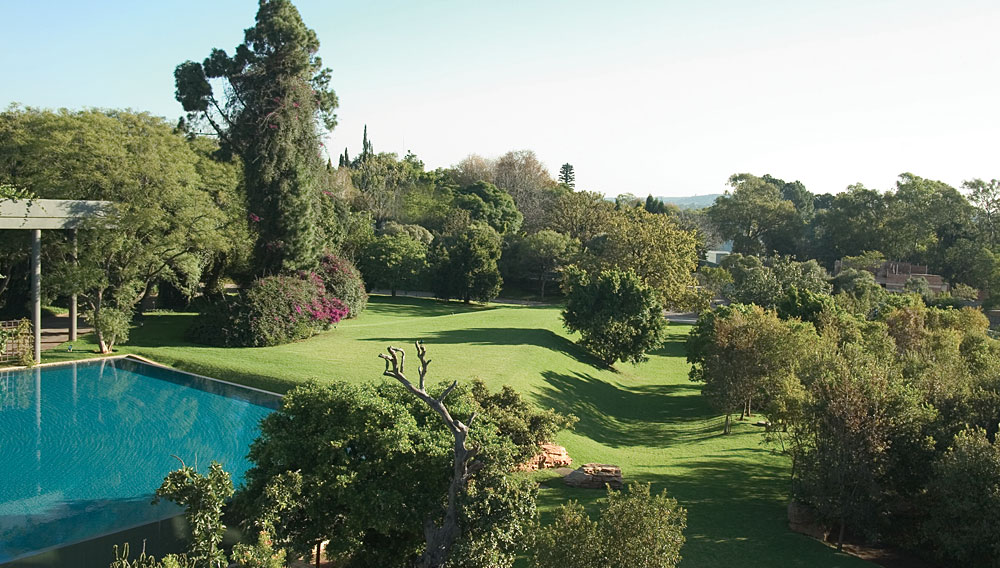 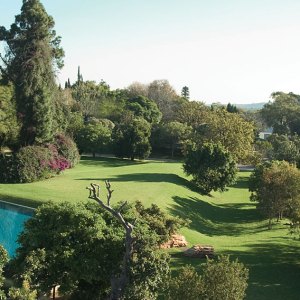 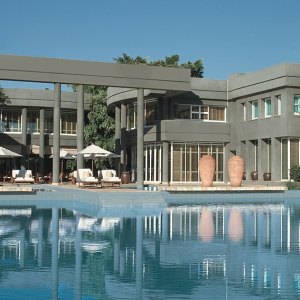 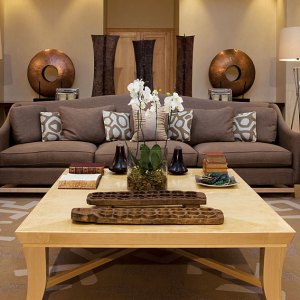 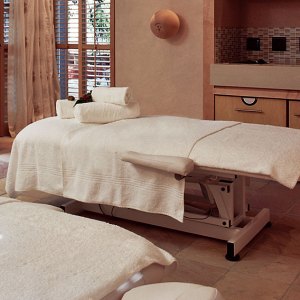 Most travelers to South Africa view Johannesburg as a necessary evil, a requisite stopover on the way to or from Kruger National Park and other nearby attractions. While rampant crime in the downtown district indeed diminishes Johannesburg’s appeal, some of the city’s outlying areas offer safe and picturesque havens. In Sandton, the Beverly Hills of Johannesburg, a onetime private estate is now the metropolis’ most welcome sight for jet-lagged travelers. Previously the home of South African insurance magnate Douw Steyn, the Saxon opened as a 24-suite hotel in 2000. Ten years earlier, as a guest of Steyn’s, Nelson Mandela stayed in the house while he edited his autobiography, Long Walk to Freedom. The room he occupied is now the 3,750-square-foot Mandela Platinum Suite, which since has hosted guests including former U.S. President Bill Clinton. Accommodations The 20 Egoli suites and four presidential suites feature workstations with fax lines, living areas with large-screen TVs, and open-plan bath and dressing rooms with deep soaking tubs. Facilities Two pools, a gym, a spa, a beauty salon, a smoking library, and a piano lounge. Dining Ostrich medallions and other South African specialties are served in the dining room; a wine cellar accommodates as many as 12 guests for private dinners. Concierge Recommends Partake in the spa’s sound-therapy ritual, in which guests float on a heated water treatment bed while a percussionist plays gongs, cymbals, and bowls. Rates From $680 to $2,500.