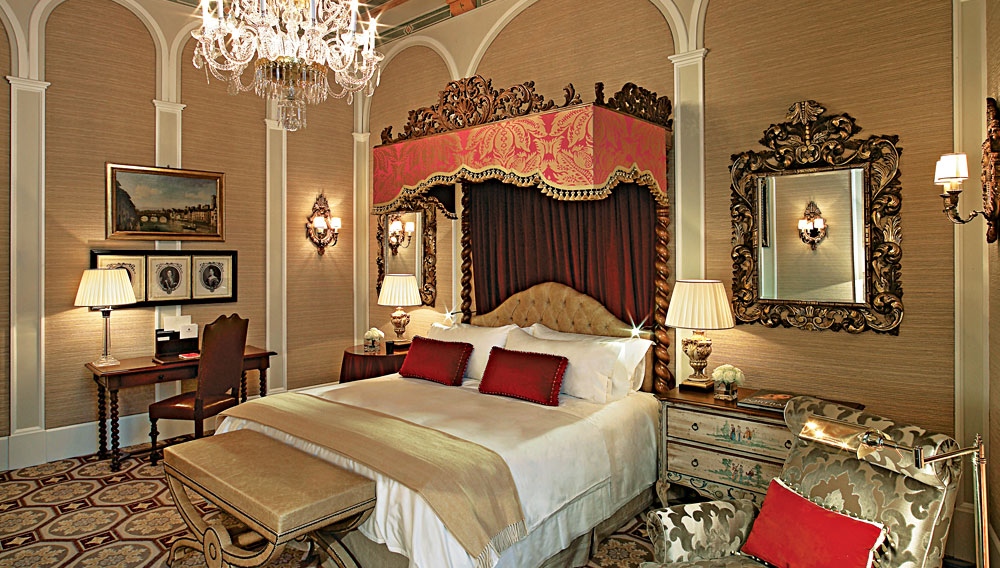 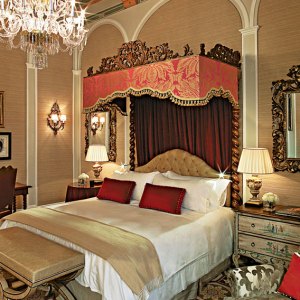 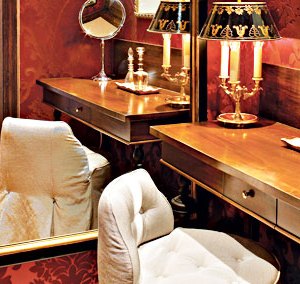 The St. Regis Florence occupies an Arno-adjacent palazzo designed by Filippo Brunelleschi in the 15th century. Home to the Parisian–style Grand Hotel since the 1700s, the palazzo had strayed from the architect’s vision after years of nips, tucks, and embellishments. But the building’s latest iteration, which opened partially in May, successfully reinterprets the cultured elegance of Renaissance-era Florence for modern-day visitors.

The St. Regis’ antique-filled lobby seems the home of an art-collecting expat in Italy. The Winter Garden restaurant and bar—with its giant Murano glass chandelier—lends an operatic frisson to breakfast or cocktails. Several of the accommodations (all 100 should be ready for occupancy by September) incorporate reproduction frescoes or Medici-style bed canopies.

Still, a contemporary lightness pervades the St. Regis. On the whole, the hotel is more stylish than its Westin Excelsior cousin across the piazza, less design-by-numbers than the Ferragamo family’s Lungarno properties, and on the level of the city’s Savoy and Four Seasons hotels. Should the St. Regis be your choice, do not settle for less than one of the Arno-facing rooms, which overlook the handsome river to the Ponte Vecchio and the hills beyond. The St. Regis Florence, +39.055.27.161, www.stregisflorence.com