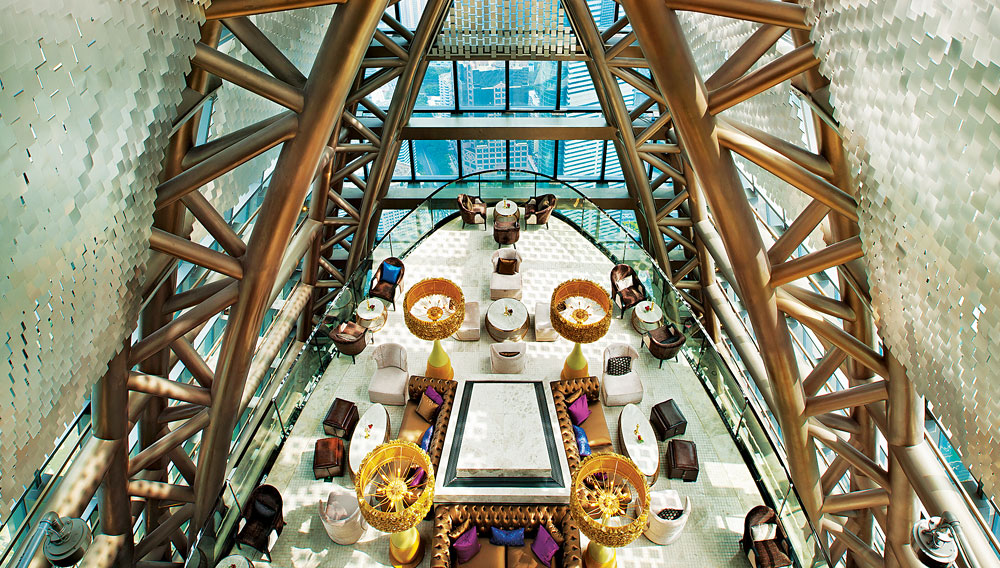 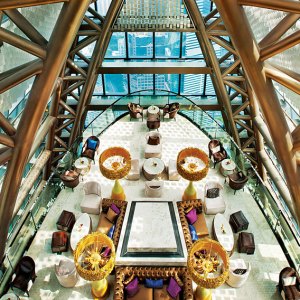 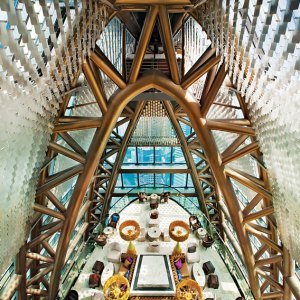 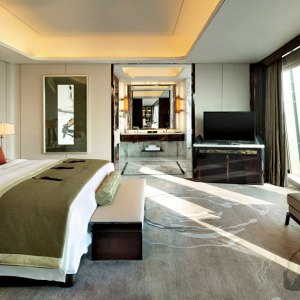 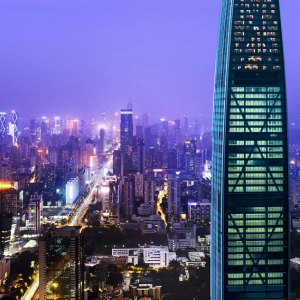 Thirty years ago, Shenzhen was a little-known fishing village across the border from the then British colony of Hong Kong. Today the sprawling metropolis of 13.2 million in China’s Guangdong Province is a vital business hub that rivals even its renationalized neighbor. The city is also a popular stop for tourists visiting the Pearl of the Orient, located just one hour south by train.

Opened in December, the St. Regis Shenzhen furthers the modern city’s momentum. The hotel is wrapped in a carapace of glass and steel atop the 100-story Kingkey 100, which is Shenzhen’s tallest structure and the ninth-tallest building in the world. In the 96th-floor lobby, towering window walls and exposed latticework evoke a science-fiction movie set. Adding to the Blade Runner aesthetic are the central-command iPads that control the curtains, thermostats, lighting, stereos, and 3-D TVs in the 297 guest rooms and suites.

The tablet devices also offer guests digital communication with butlers, who can arrange services at the hotel’s tranquil Iridium Spa and make reservations at the property’s two restaurants. Come dinnertime, as the sun sets, a computer-controlled coruscating light system transforms the Kingkey 100 into a neon beacon that can be seen from every corner of the metropolis below.