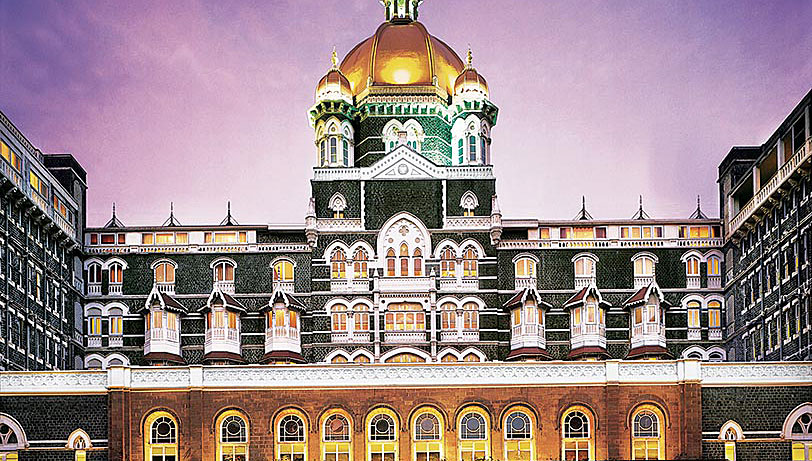 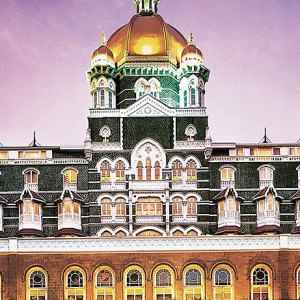 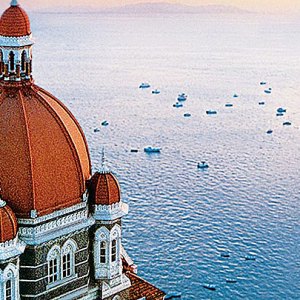 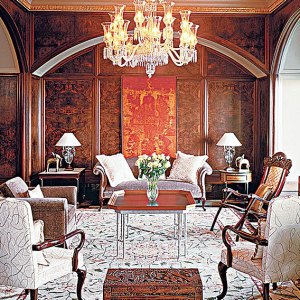 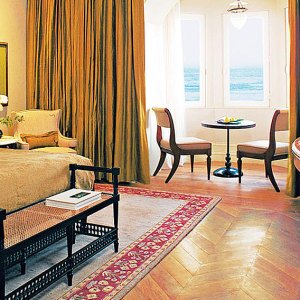 Built in 1903, The Taj Mahal Palace & Tower was the brainchild of Indian steel magnate Jamsetji N. Tata, who believed that a grand hotel would help establish Bombay, now known as Mumbai, as one of the world’s great cities. With soaring domes, cupolas, vaulted ceilings, and other divergent features, the Taj’s architecture displays a vast range of influences: Moorish, Italian Renaissance, Asian, and Rajput. The property also houses an art collection—the most comprehensive collection of any hotel in India—that includes 16th-century Goan Christian artifacts and Bastar tribal pieces from the 15th century. Furnishings include crystal chandeliers and other period pieces that the Taj acquired from prominent local families in the 1960s, when several of the mansions in Bombay were demolished to make way for high-rise apartment buildings. Accommodations The traditionally appointed Palace and more modern Tower, which are connected by a corridor of shops and restaurants, contain 519 guest rooms and 46 suites. Rooms overlook the city, the swimming pool, the Gateway of India, or the Arabian Sea. Personalized butler service is available on request. Facilities A swimming pool, a health club and spa, a yoga and ayurveda center, a business center with meeting rooms, and 11 banquet halls. Dining The hotel’s eight restaurants offer a range of cuisine, from Indian and Mexican to Japanese and Thai. Concierge Recommends Reserve the hotel’s yacht and take a day trip to Elephanta Island, where India’s famous temple caves were carved out of rock between the 5th and 8th centuries. Rates From $440 for a city-view room to $7,340 for the presidential suite.