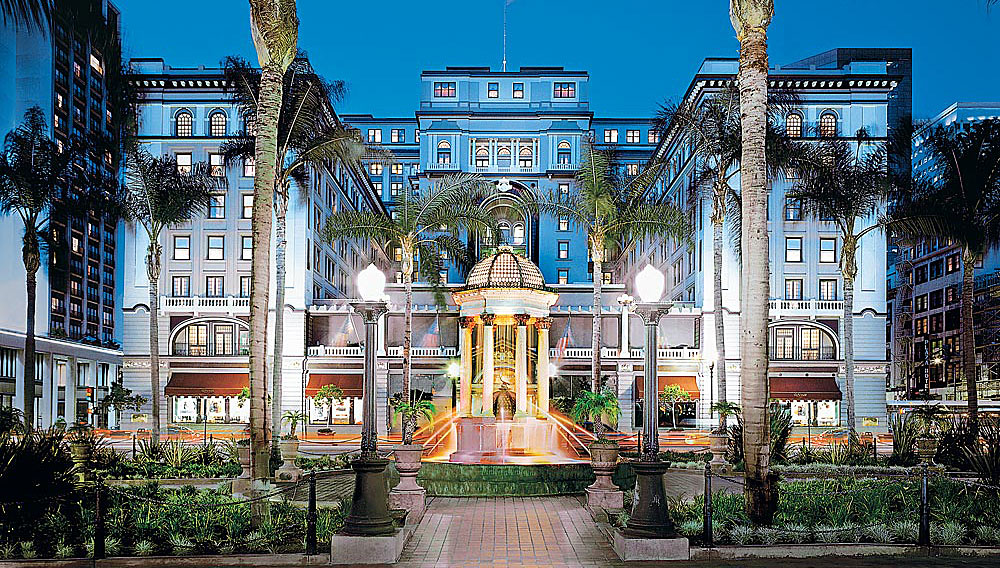 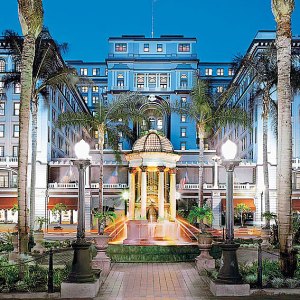 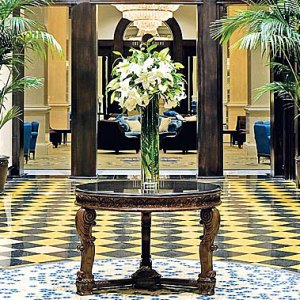 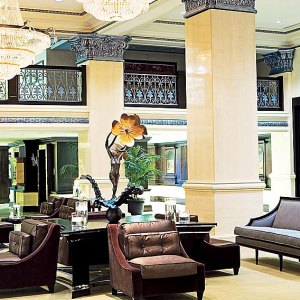 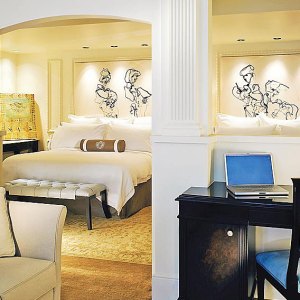 If the Hotel del Coronado is San Diego’s grande dame of beach resorts, the U S Grant is her metropolitan cousin. Ulysses S. Grant Jr., who relocated to San Diego after his father’s death, built the Beaux Arts–style property in 1910 in what is now the Gaslamp Quarter. Nearly a century later, in 2003, then-owner Wyndham International sold the hotel to the Sycuan band of the Kumeyaay Nation, a Native American tribe whose ancestors originally settled the downtown San Diego area about 12,000 years ago. In their almost-two-year renovation of the Grant, the Sycuans offset the hotel’s Beaux Arts architecture with abstract paintings and bronze Native American sculptures. Whimsical works by French painter Yves Clement crown the beds in several of the guest rooms and suites, some of which feature marble showers with six Kohler showerhead tiles embedded in the walls and ceiling. Accommodations The hotel’s recent renovation updated the 270 rooms and suites with Empire-style furnishings, marble baths, and contemporary artworks. The 11th-floor penthouse suite features a color-therapy infinity tub filled by a showerhead that rains water from the ceiling. Facilities Four ballrooms and a fitness center. In-room massages are available through a local day spa. Dining Grant Grill was a men’s club until 1969, when a group of local businesswomen staged a sit-in. Today the Grill serves punched-up chophouse fare to both sexes in its renovated mahogany Dining room. Concierge Recommends At Palomar Airport, less than an hour north in Carlsbad, you and a companion can take out your aggressions in a dogfight. Incredible Adventures offers a package for two that includes mock air combat in a pair of Varga VG-21s. Also available are flights in a biplane and a World War II war bird. Rates From $570 for a king room to $3,500 for either the penthouse or one of the two presidential suites.