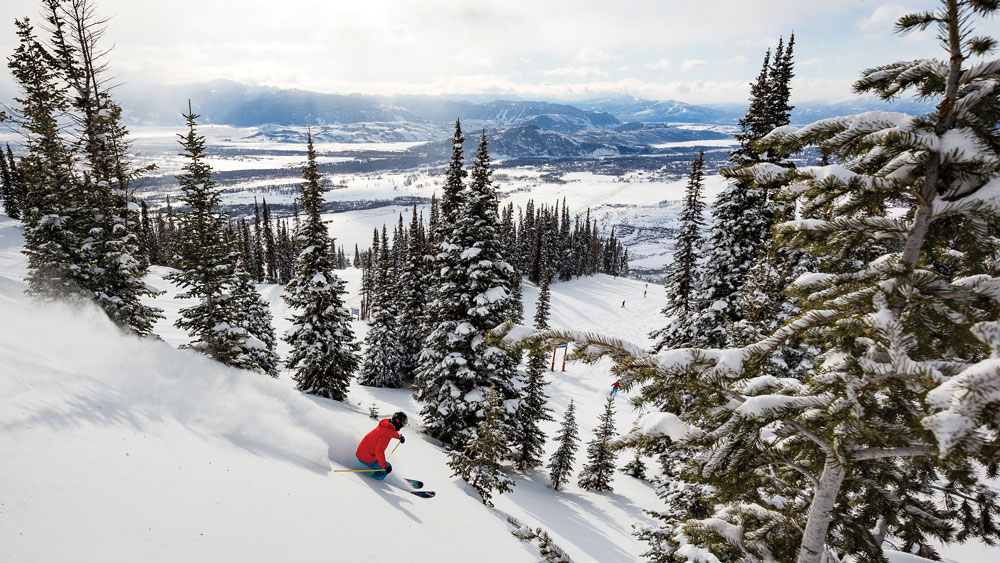 Fresh snow is a skier’s holy grail—but it’s not always easy to find. For powder hounds in the know, early access to untrammeled terrain is the only way to hit the slopes. Get there before the crowds with these five first-tracks programs.

The only thing more impressive than the new Four Seasons Hotel Megève’s Pierre-Yves Rochon interiors is its helicopter ski safari, which lifts guests to the slopes of nearby peaks for unrivaled early-morning first tracks among the best of the French Alps.

The Dolomites’ Val Gardena is home to the recently expanded Alpenroyal, a 55-room resort with its own ski rental station and a First Tracks program suited for skiers of all levels, from nervous beginners to black-diamond thrill-seekers who want to make the most of Süd Tirol’s 125 miles of sun-kissed piste. For apres-ski relaxation, head to the hotel’s sprawling wellness area with an open-air thermal bath.

Tackle fresh powder as soft and fluffy as cotton on the pristine slopes of Japan’s Furano ski resort with Hoshino Resorts Tomamu’s first-tracks program, reserved for just six advanced skiers and snowboarders per day. Located just 90 minutes from Sapporo, the resort is home to 11 lifts and 15 miles of groomed piste, including some of the steepest terrain on Hokkaido.

Aspen icon the Little Nell gives guests the opportunity to hit Ajax Mountain first with its daily (and complimentary) first-tracks program in which kiers hit the Silver Queen Gondola 45 minutes before its opens to the public. Space is limited, so sign up early.

Beaver Creek’s impeccably groomed corduroy is even better when you ski it first. The resort’s new White Gloves First Tracks program—available through the Ritz-Carlton, Bachelor Gulch—gives VIPs an hour of pre-opening guided skiing, followed by breakfast at an exclusive mountaintop cabin.

Deer Valley’s legendary Stein Eriksen Lodge takes its white-glove service to the slopes with an exclusive first-tracks offering. The hour-long experience takes groups of up to 30 skiers to the sky-high Bald Peak for private runs, along with a ski patrol and personal mountain host.