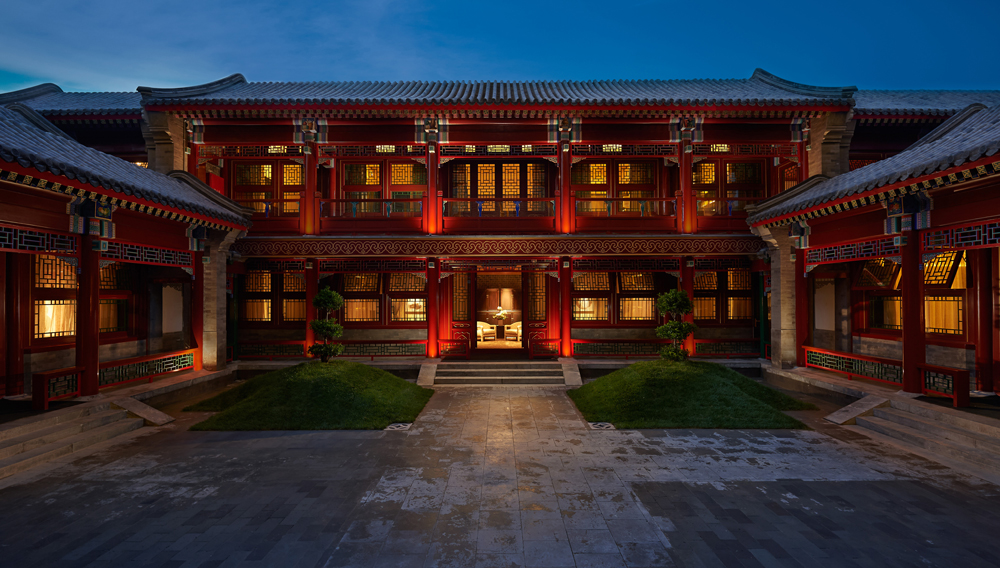 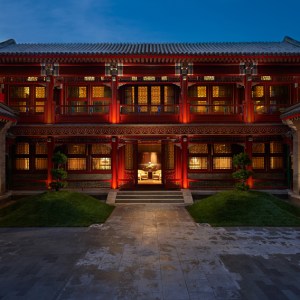 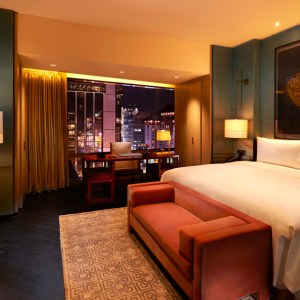 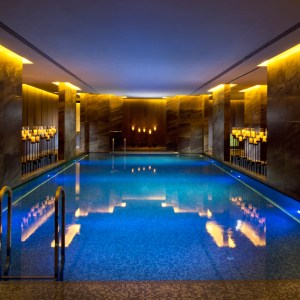 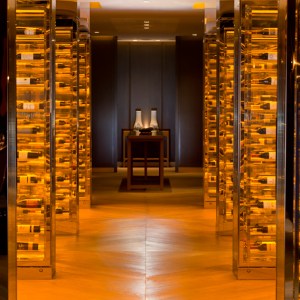 Housed within a glistening 12-story bronze tower, the new Waldorf Astoria Beijing appears on its surface to be yet another contemporary addition to the sprawling Chinese capital. Inside, however, the Yabu Pushelberg–designed hotel—which opened last year in the Dongcheng district, just minutes from the Forbidden City and Tiananmen Square—is clearly inspired by the gilded style of its Ming dynasty–era neighbors. Embroidered silk walls, traditional latticework, and ornate rugs offset contemporary artworks and slick black lacquer in the public spaces, while amenities include a spa specializing in Chinese-medicine-influenced therapies and a restaurant serving Beijing-style Cantonese cuisine. Most of the 176 guest rooms are modern in style, with metallic accents, Ferragamo bath products, and floor-to-ceiling windows. Guests in search of a more traditional—and imperial—experience will be most comfortable in the two-bedroom Hutong Villa, a palace of red, blue, and gold designed in what the hotel describes as the Ming Dynasty Royal Hutong (or Alleyway) style. The villa’s amenities include a private swimming pool and a courtyard garden. ($320–$18,870) waldorfastoria.com