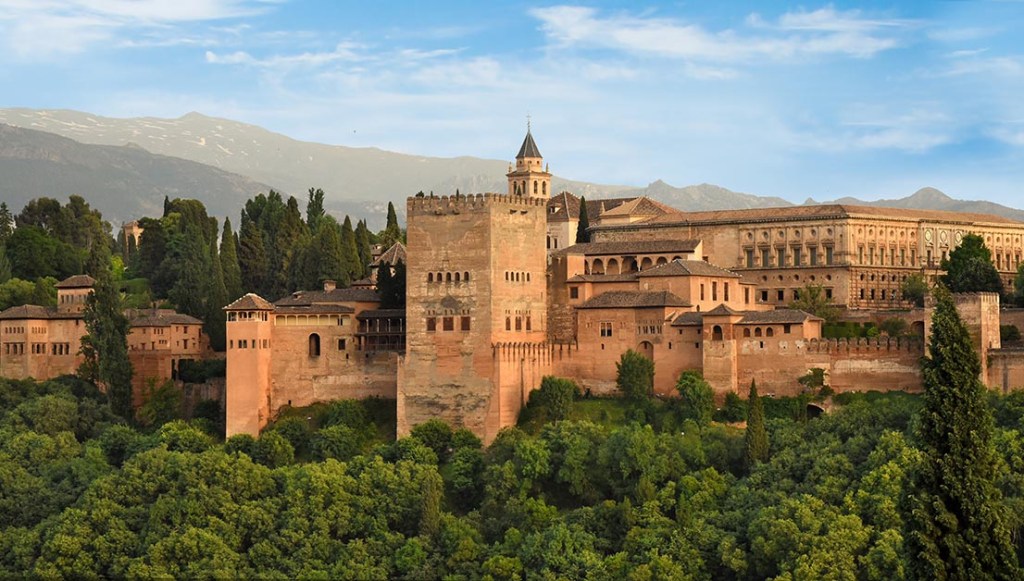 As the epic Game of Thrones saga, based on the series by George R.R. Martin, returns to HBO for its sixth season, luxury travel service (and long-standing fans of the series) Zicasso is excited to release their newest 12-day Game ofThrones Season 6 Tour of Spain. Meant for the ultimate Game of Thrones fan, or simply a lover of history and fantastic tales, the private tour seamlessly blends several of the ongoing storylines with thrilling displays of Spanish culture and heritage, featuring visits to on-site filming locations and six UNESCO World Heritage Sites. From the illustrious Dornish palace of House Martell to the fighting pits of Meereen, from the free streets of Braavos to the decadence of King’s Landing, esteemed guests who tour the timeless jewels of Catalonia and the labyrinthine medieval streets of Andalusia will feel themselves transported into the very heart of the Seven Kingdoms.

“We’re continuing to see interest from fans of this epic series to not only visit the filming locations, but to really immerse themselves in the history and culture of those destinations,” said Steve Yu, Director of Marketing at Zicasso.  “This Season 6 tour will hit all the sensory notes of each traveler from sight to sound to taste by closely bringing together unique experiences that truly tie history and fantasy, while elevating the senses.”

After landing in the majestic Catalonian capital of Barcelona, travelers will spend two days exploring the city’s Gothic Quarter and Catalan-Modernist structures by renowned artist Antoni Gaudí before moving on to the city of Girona, which doubles as the Free City of Braavos in the show. Visitors can follow in the footsteps of intrepid Arya Stark as they explore the city’s cobbled lanes and tangled, medieval streets while the 11th-century Romanesque Cathedral harkens back to King’s Landing, as it is the site of the Great Sept of Baelor, where disgraced Queen Cersei made her walk of penitence last season.

A special treat awaits after Barcelona, where visitors will have the chance to soar above the landscape of Costa Brava on a private hot air balloon ride, followed by an afternoon visit to the city of Figueres, once home to the Surrealist artist Salvador Dali, and which now houses a museum dedicated to his life and work.

The following day will bring visitors to the city of Tortosa, stopping en route at Castell de Santa Florentina, which will feature this season as Horn Hill, the family stronghold of Jon Snow’s best friend, Sam Tarly. The last stop in the province of Catalonia will be the city of Peñiscola, where the whitewashed houses and stonewalls protecting the rocky promontory from the sea serves as the city of Meereen, the greatest of the city-states in Slaver’s Bay.

Moving south to the province of Valencia, visitors will be escorted by private car to the remarkable city of the same name. Guests will visit Albufera, a national park covering more than 52,000 acres of protected land, where the freshwater lagoon provides the perfect marshy environment to produce rice. While enjoying a boat ride across the tranquil waters, travelers may recall the serene landscape as reminiscent of when Brienne of Tarth and Jamie Lannister wandered through the Riverlands several seasons back. Back on dry land, guests will learn the art of making paella, a celebrated Spanish dish first invented in Valencia due to the city’s abundance of rice and seafood, with a private chef.

With its warm Mediterranean climate, Spain’s southernmost region of Andalusia is ideally suited to represent several pivotal Game of Thrones locations for the final leg of the trip. Beginning the journey in the coastal city of Almeria, guests will pass by the Mesa Roldán Tower, an integral filming location for Meereen in the upcoming season. In the foothills of Almeria, the magnificent Alcazaba, an Arab fortress erected in the mid-10th century, will evoke the sultry Dornish capital of Sunspear, as the filming location of the Palace of House Martell.

Next, visitors will be taken on a scenic drive through Parque Nacional de Sierra Nevada to reach the famous city of Granada, once the capital of the Moorish Kingdom. The aromatic spice market (Alcaicería) and lively Arab souks resemble the lively bazaars of Sunspear. A scenic flight over the city offers breathtaking views of the Alhambra Palace, but an even greater delight is offered the following day: a private tour through the lavish halls and opulent décor ofthe historic Moorish palace, including a visit to the Court of Lions and its picturesque fountain. Afterward, relish a brief opportunity to relax and snack like a royal, with a visit to the oldest and largest sturgeon farm in Europe for a sampling ofthe finest organic black caviar.

En route to Seville, travelers will stop in Osuna and visit the 100-year-old Plaza de Toros, which doubled as the Great Pit of Daznak, the fighting pits of Meereen where Daenerys made a climactic escape on her dragon last season.

The final days of the tour* are spent in the Andalusian capital city of Seville, where the gardens and courtyards of the Royal Alcazar served as Prince Doran Martell’s Water Palace last season. Guests will have time to explore the city at their leisure, marveling at the medieval architecture, Moorish design, fantastical ambiance and warm climate that is so quintessentially evocative of the passionate Dornish people.

Book readers will be excited to learn that there is an option to extend one’s stay by two days to visit the Castillo de Zafra in Guadalajara, which was the filming location for a highly anticipated scene in Season 6. We won’t say too much for fear of spoiling, but if the words “Tower of Joy” resonate with anyone, consider this extension a necessary indulgence!

For more information, please visit: http://www.zicasso.com/luxury-vacation-spain-tours/game-thrones-spain-tour-season-6 or see some of Zicasso’s previous “Game of Thrones”- themed tours to Croatia, Spain or Spain and Morocco.

Note: Zicasso and “Game of Thrones Spain Tour” are not affiliated with, or sponsored or endorsed by, Home Box Office Inc./BCKORS, LLC./GROK!, LLC./Generator Entertainment/Suction Productions, Inc.