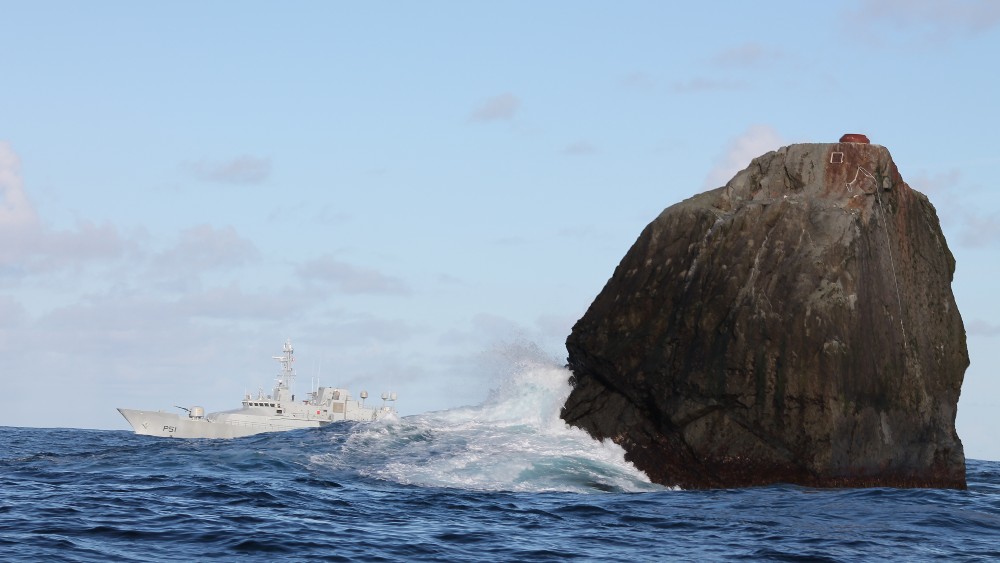 Would you pay $2,000 to visit a small, uninhabitable island for 20 minutes? If the answer is “no,” you may be an exception. Next spring, a group of tourists will pay that much to visit Rockall island off the coast of Scotland for less than a half hour—and every slot is sold out.

In May of 2020, 18 adventurous travelers and a crew of seven will become the first public tour group to visit the small volcanic remnant 260 miles west of Scotland’s Outer Hebrides, according to The Scotsman. Trips organizers Kraken Travel and Lupine Travel, which specializes in tours “to some of the hardest to reach places in the world,” say that only 200 people have visited Rockall in total, the last in 2016. And the expedition will be led by one of them, Scottish adventurer Neil Hancock, who spent a record 43 days on the island in 2014.

One of the most challenging places to reach in the world—more than twice as many people have been in space as have set foot on the island—Rockall was previously only accessible via private boat or helicopter. Next year, though, the Hancock-led group will set forth for the island from Oban aboard a Dutch schooner from 1918. Once within reach of the island, the tourists will don wetsuits, boots and floatation devices before setting foot on Rockall, where they’ll be allowed 18-20 minutes to explore its 8,442 square feet. The trip is expected to last seven days, but could be longer based on the weather.

“The main issue is not being able to walk around too much and, if there hasn’t been a storm, there is usually a lot of bird guano, which makes it slippy and very smelly,” Hancock told The Sunday Post earlier this year. “Then with the sea and winds, it can be a pretty bleak and cold place.”

Although the United Kingdom has claimed Rockall and the surrounding territorial sea since 1955, including incorporating it as part of Scotland with the Island of Rockall Act 1972, there is some dispute over this. Neither Ireland, Iceland or Denmark recognize the UK’s claim, with the Irish Prime Minister Leo Varadkar saying that the 12 nautical miles surrounding the island are part of the European Union and thus should be “shared,” according to BBC.