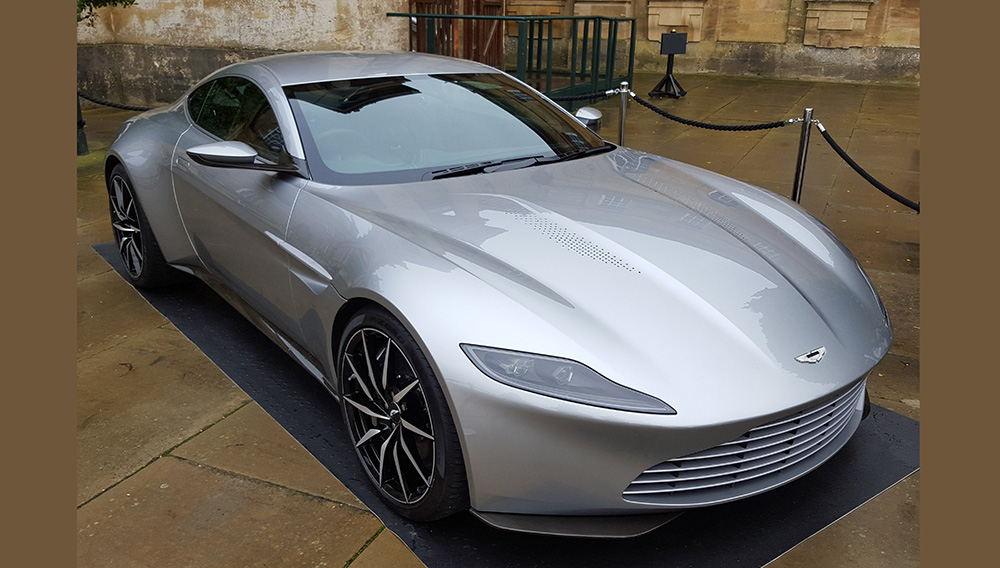 For Your Eyes Only: From May 19 through 22, the mission, should you choose to accept it, will be to lie low in London for the Tradecraft Experience, a four-day immersion into the wilderness of mirrors that is the world of espionage. A dream for any closet covert operative, the unique opportunity has been cleared at the highest levels and will include secret seminars, private tours, and clandestine training with nine industry insiders from the intelligence, security, and counterterrorism communities, as well as special operations units.

Your cover will be as a guest at the lavish Dukes Hotel in Mayfair where you will be sumptuously sequestered for the three nights. Arrival protocol on Thursday, May 19, includes a welcome dinner at Scott’s restaurant, one of James Bond author Ian Fleming’s famed meeting spots. There, you will be briefed by Roderick Jones, a former member of the United Kingdom’s Special Branch and current CEO of Concentric Advisors, global security suppliers for C-level executives and high-profile personalities.

On Friday’s full docket is a personal tour of the Churchill War Rooms at the Imperial War Museum and lunch with the former United States Secretary of Homeland Security, Michael Chertoff. During the afternoon, you will be trained on how to create a Surveillance Detection Route (a way to draw out and track unwanted shadows) by David Kilcullen, former chief strategist in the Office of the Coordinator for Counterterroism at the U.S. State Department and counterinsurgency advisor to general David Petraeus in 2007 and 2008. Next, you will be taught by a notorious black-hat hacker (whose identity is presently on a need-to-know basis) how to secure your digital identity and rebuff wily social-engineering tactics. A later rendezvous will be for dinner and dancing within the rarified atmosphere of Annabel’s, a private club that epitomizes exclusivity. There, the CIA’s former deputy director of the National Clandestine Service for Counterintelligence, Mark Kelton, will cast light on subterfuge and how to catch a spy.

Saturday morning starts with a scene right out of Spectre as you take high-speed, rigid inflatable boats up the Thames (and by the headquarters of MI6) to the Royal Naval College in Greenwich for a chat with Cofer Black, past head of the CIA’s Counterterrorism Center. After lunch, back in central London, Dale Wooden, a 20-year Navy Special Warfare Operator and founder of Weathered Security, will show how easy it is to be identified and tracked by cell-phone signature. Afternoon recess involves a journey to Savile Row and an optional suit measurement by tailor Timothy Everest, designer of the tony togs for such films as The Man from U.N.C.L.E., Mission Impossible, and Kingsmen: The Secret Service.

Reconnoitering at Dukes on Saturday night, you will be in contact with Nada Bakos, previously employed as a targeting officer for the CIA and part of the team tasked to locate Osama bin Laden. (Don’t worry, she will find you.) Mealtime will mix the cuisine and company of celebrity chef Sophie Mitchell along with the riveting account of Russian defector and former FSB officer Alexander Litvinenko. The tragic tale of his assassination in London by polonium poisoning will be recounted by his wife Marina. And those who desire more high-stakes action after dinner are welcome to drop into the Clerment Club, where a tuxedo and Tradecraft room key will unlock access to the private casino.

The final day delivers a private viewing of the Aston Martin DB10 (built specifically for the latest 007 feature and unavailable to the public) with the marque’s head designer and chief creative officer Marek Reichman. Closing out the assignment will be a debriefing lunch atop the Gherkin building with Black, Kilcullen, Kelton, and crew for a few last lessons on tactics and protection. As a spirited denouement, sommelier Tom Harrow will host a Bond-themed bacchanal of beverages at the city’s new members-only wine club, 67 Pall Mall. Along with the superspy’s Vesper martini, other libations from his literary legacy will also be poured, including Dom Pérignon and Bollinger Grande Année Champagnes, Chȃteau Lafite Rothschild claret, and Dry Sack “Solera Especial” Oloroso sherry—perfect sips that signal the end of your secretive sojourn.

Priced at $14,995, the Tradecraft Experience is limited to 30 participants and does not include airfare, gambling expenses, tailoring costs, or alcoholic drinks (other than those included with dinners). Burn After Reading. (tradecraftlondon.com)