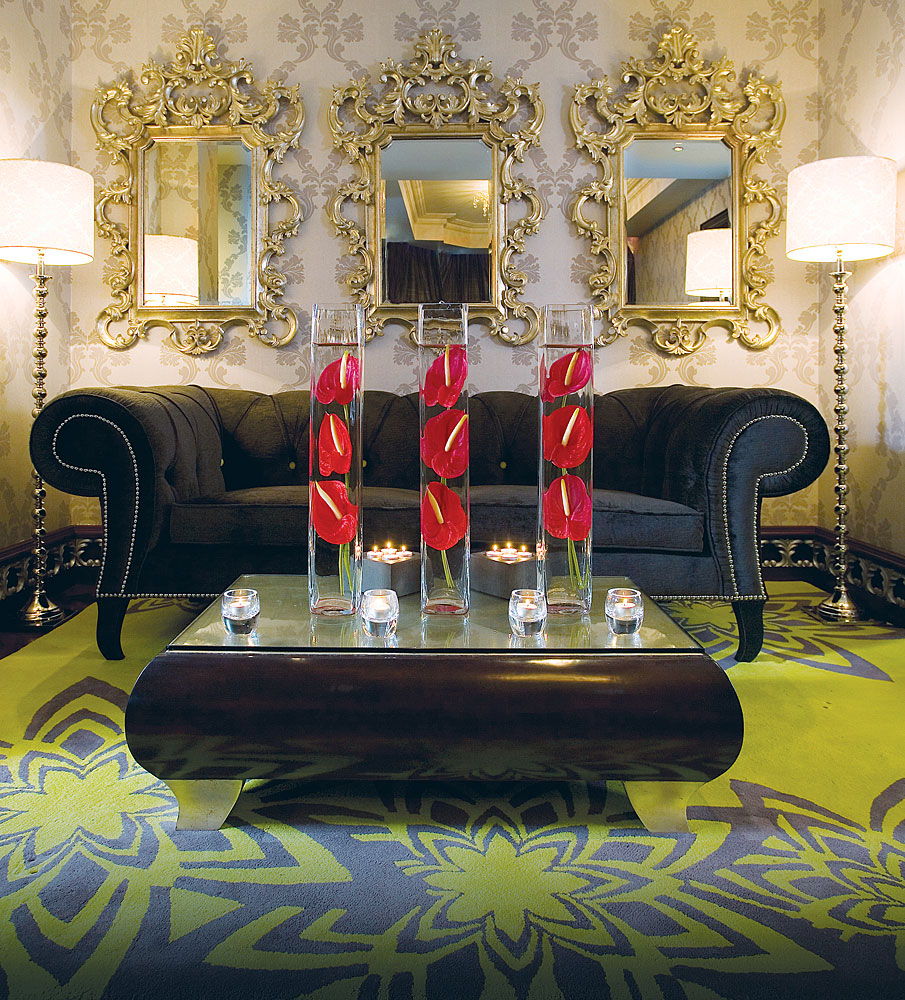 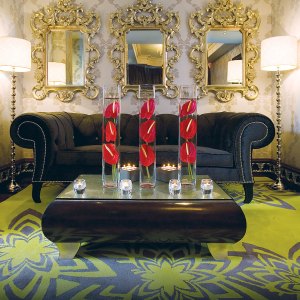 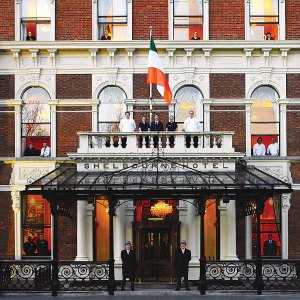 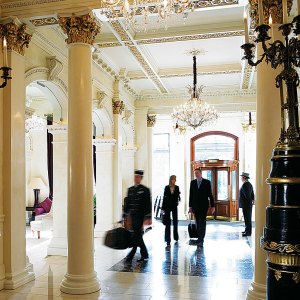 As the genealogy butler at the Shelbourne Dublin hotel, Irishwoman Helen Kelly has noted a peculiar effect her homeland has on foreigners. “Something happens to people when they set foot on Irish soil,” she says. “They want to claim Irish lineage.”

Kelly guides guests of the Shelbourne on their ancestral quests, helping them research their roots and plan outings to familial sites throughout Ireland. The 265-room Shelbourne, which reopened this spring after a two-year renovation, is an ideal base for such a journey. Since its initial opening in 1824, the hotel has been the setting for skirmishes during the Easter Rising in 1916, for the drafting of the Irish Constitution in 1922, and for fictional events in James Joyce’s Ulysses.

Joyce, who set almost all of his stories in Dublin, once said, “If I can get to the heart of Dublin, I can get to the heart of all the cities in the world.” Today, the Shelbourne might be as close as you can get to the heart of a city that is fast becoming another European metropolis. Ireland’s once-struggling economy has boomed over the past two decades, and the country now boasts the second-highest per-capita spending average in the European Union. Aston Martins compete with TVRs for parking spaces in downtown Dublin, where traditional Irish pubs and bookstores neighbor avant-garde art galleries, tapas restaurants, and other cultural imports from the Continent.

Dublin’s modern side is on display at the new Dylan hotel, which opened in January on the leafy outskirts of City Centre. The 44-room boutique property has a classic sandstone facade, but the remainder of the building is an amalgam of bold, Euro-hip design elements. Instead of Waterford crystal chandeliers, red Murano glass ruffles hang from a square ceiling inset. Overstuffed seats in lime green and purple suede furnish the hotel’s public spaces, while glass bubble lamps and Bang & Olufsen telephones embellish the Experience suites, where you can enjoy Champagne service in a deep tub with a built-in plasma TV.

The Dylan’s Still Restaurant, which is furnished with white leather bench seats and tall-back chairs, features a 230-plus wine list that includes Planet Waves 2002, a rare Montepulciano produced by musician Bob Dylan. “The hotel isn’t named for Bob Dylan, but we simply had to secure his wine at auction for our guests,” says the Still’s bar manager, Matt Jupe. “Everything about Bob Dylan is cool, and his wines are very good.”

Most everything about the Dylan—which is not named for anyone; the owners selected the moniker because it sounded Irish—is cool, too. And unlike so many other hip new hotels, the Dylan employs a smiling and reliable staff. Still, for many Dublin visitors—especially those intent on exploring the past—the city’s traditional side trumps even the best aspects of its trendy one.

“No other hotel in the city can match the character and the history of the Shelbourne,” says John McLoughlin, head bartender at the hotel’s Horseshoe Bar, where the Chieftains were formed during a conversation between the two founding musicians. The Horseshoe stocks 45 Irish whiskeys, including a Midleton 25-year-old that sells for 145 euros a shot. McLoughlin, wearing a traditional linen waistcoat over a white shirt with armbands, says that Dubliners take pride in their native whiskeys—and in the Horseshoe. “There would have been an outcry if any changes had been made to this bar,” he says.

The renovation, however, has affected just about every other aspect of the Shelbourne, bringing this grande dame on St. Stephen’s Green in line with the Dylan and other top Dublin hotels. In the newly updated Princess Grace Suite, a Waterford crystal chandelier illuminates Georgian antique furnishings. Hanging on an adjacent wall is a portrait of the namesake starlet, who, as Helen Kelly would be quick to point out, was of Irish descent.