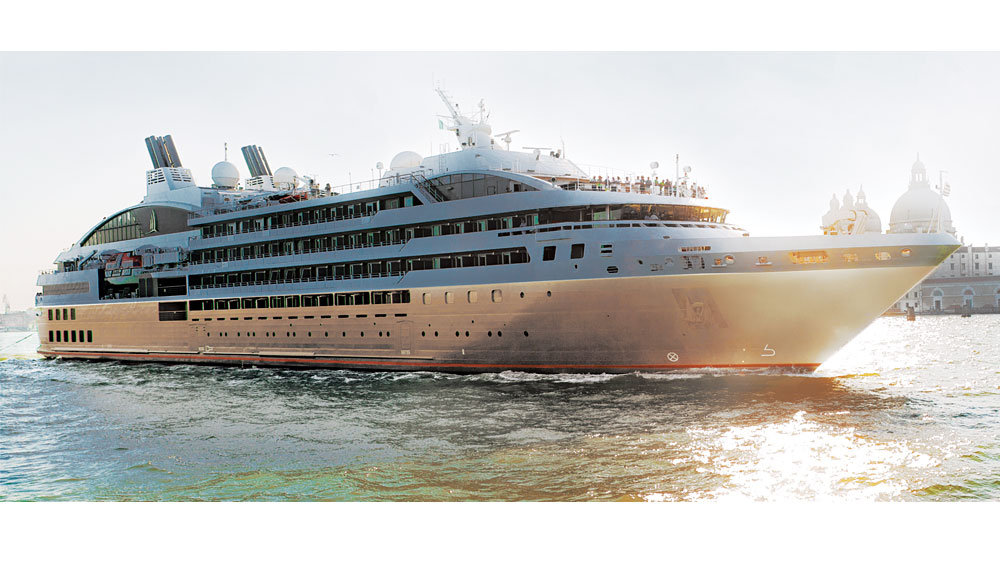 The anchorman stands at the top of the cliff, securing a rope for the young islanders who swing like Tarzan from ledge to ledge below. Pausing from time to time, the daredevils inspect the tiny, white, speckled ovals that litter the bluff’s steep face. From the upper deck of Le Soléal, a 466-foot cruise ship sailing off the isle of Heimaey in Iceland’s Westman archipelago, the spectacle onshore looks like an extreme version of rock collecting. But Alfred Alfredsson, a local guide for passengers of the new Compagnie du Ponant ship, says the practice of gathering the eggs of the Atlantic puffin is a centuries-old tradition in the Westman Islands, which is home to the world’s largest population of the seabirds. Residents have been collecting puffin eggs for sport, as well as sustenance, since the Viking Age.

Heimaey, the only inhabited island in the Westman archipelago, is not on many cruise itineraries—which is precisely why Le Soléal sails there. For the last 25 years, Compagnie du Ponant has defied the bigger-is-better ethos of modern cruising by visiting off-the-beaten-path destinations on all seven continents. With the July debut of Le Soléal, the French company is venturing to more far-flung locations than ever. Upcoming itineraries include a journey from Greenland to Russia’s eastern coast via the Northwest Passage and the Bering Strait, during which the ship’s 264 passengers will see Inuit villages rarely visited by outsiders and spot endangered polar bears. Also scheduled are a seven-night trip on the Sea of Japan and, next winter, a 12-night voyage through Antarctica.

On board Le Soléal, sleek interiors by the architect Jean-Philippe Nuel feature floor-to-ceiling windows, contemporary furnishings, and walls adorned with black-and-white maritime photographs by Philip Plisson. Fashionable details in the 132 staterooms and suites include white-leather headboards and glossy wood-paneled walls. In the ship’s atrium, a glittering enamel installation mimics a school of fish swirling in an arc.

Le Soléal’s refined charms extend to its passengers (many are young, French, and stylish) and amenities, which include a library, two lounges, a 250-seat theater, a pool deck, a kinesis fitness center, and a spa by the Parisian skin-care brand Sothys. The cuisine is appropriately haute in the two restaurants, where guests enjoy small and elegant portions of everything from fresh seafood to wild boar and grilled kangaroo, depending on the destination.

Missing from Le Soléal’s menu is the traditional Icelandic morsel of puffin, which Alfredsson says is savored by residents as much as the birds’ freckled white eggs are. The guide leads his group onshore to the 3,300-acre island’s mossy bluffs, where hundreds of the birds, with their bright orange beaks and tiny penguin-like bodies, seem unaccustomed to intruders and ready to take flight at any moment. Heimaey’s residents also appear unprepared for the outsiders: As the group makes its way back to Le Soléal, all the gift shops in town are shuttered for the day.