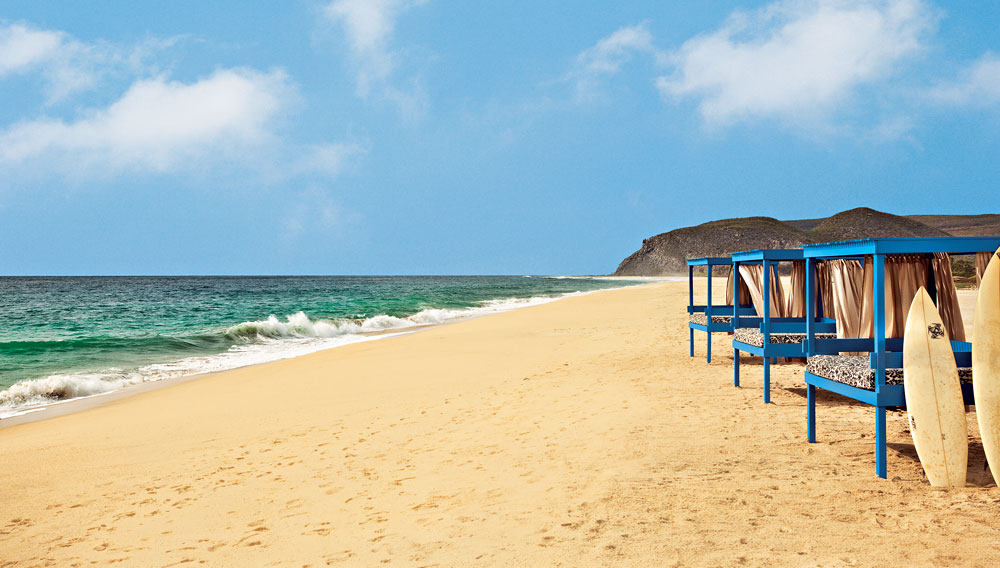 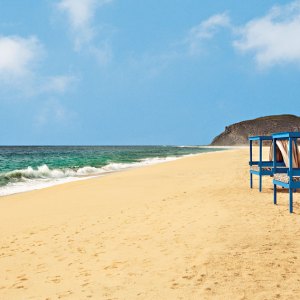 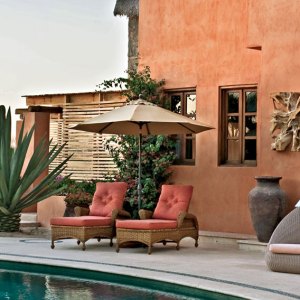 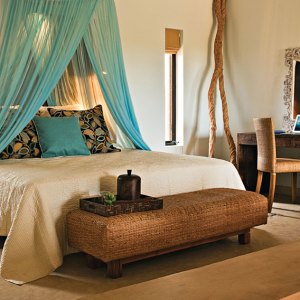 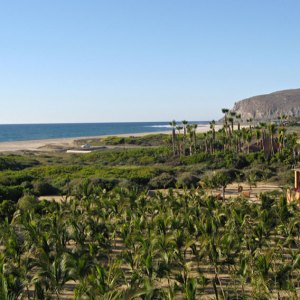 It was about 10:30 on my first morning at Rancho Pescadero when I asked a resort staff member if the art galleries in Todos Santos would be open yet.

Next I inquired about the hotel’s Internet service, wondering when it would be back up and running so I could check my e-mail.

“It’s capricious,” she repeated with a smile.

With little else on my day’s agenda, I returned her smile—and headed straight to the pool bar for a mango margarita. After that, I ordered a tamarind margarita.

Such activities, or inactivities, are part of the daily regimen at Rancho Pescadero, a stylish yet laid-back resort outside the equally easygoing Mexican beach town of Todos Santos. This Pacific-coast oasis of palm trees and fertile farmland lies about 50 miles north of Cabo San Lucas, but the two towns are worlds apart in terms of ambience.

Closely monitored for the past three decades by a tight-knit group of mostly West Coast expats, Todos Santos is a quiet artist’s community that could be compared to the Laguna Beach, Calif., of the early 20th century. Recent government investment has helped rebuild water and sewer lines and install beautiful pavers in the town’s historic district, which is home to the 11-room Hotel California, the 20-year-old fine-dining Italian restaurant Café Santa Fe, and an 18th-century mission. The largest downtown hotel is Guaycura, which opened last spring with 14 rooms and Todos Santos’ first elevator.

Outside of downtown, most of the area’s roads are unpaved, including the long, gravelly trail to Rancho Pescadero. Located about 10 minutes from Todos Santos, the resort opened in 2009 with 12 accommodations and this year added 15 suites, an additional swimming pool, and a second bar, where Jack Johnson tunes play softly over an outdoor sound system.

Lisa Harper, proprietor of Rancho Pescadero, moved to Mexico after retiring in 2006 from her position as chairman and CEO of children’s apparel company Gymboree. She set out to build a resort on the beachfront land she acquired in 1997. Experiences at top hotels from Paris to Thailand shaped Harper’s strong opinions about hospitality, which include a disdain for obsequious service. “We think about what you would need,” said Harper as we sat in two oversize chairs while she oversaw a photo shoot of the new suites. “But we’re not going to have a secretary of romance or a sunglass concierge like they have at Las Ventanas.”

Harper, who lives part-time at Rancho Pescadero, says her resort is designed more for off-the-menu requests than it is for set itineraries. The coastal surroundings and town of Todos Santos offer plenty of options for impromptu activities, which might include yoga on the beach in the morning, an afternoon swim with whale sharks, and dinner and drinks in town. “Some guests do that kind of thing every day,” says Harper, “and those people are from Colorado.”

Not being from Colorado, I recommend the margarita tour.