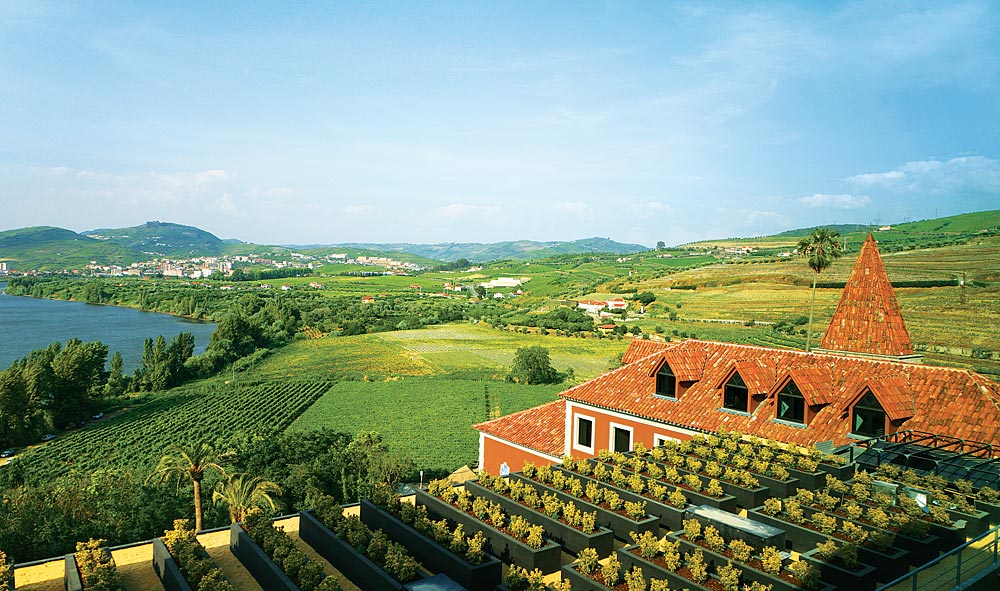 For his love of water, not wine, Diogo Vaz Guedes, founder of the Aquapura hotel group, selected Portugal’s Douro River Valley as the location for his firm’s first resort. Vaz Guedes believes water is essential for relaxation, and he plans to build hotels in settings where a river, lake, or ocean defines the vacation experience. But in the Douro—one of the world’s first demarcated wine regions—the Portuguese entrepreneur has created an experience rooted in viticulture.

Vaz Guedes decided to launch Aquapura after traveling extensively throughout Asia. “In Asia they knew what we liked to eat, what we liked to do. They never said no,” he says. “I wanted to start something where you feel like you are surrounded by people you’ve known since you were born.”

Vaz Guedes hopes to bring this sense of camaraderie to locations in both Europe and South America. His company is developing hotels on rivers in Prague and Budapest, on lakes in Macedonia and southern Portugal, and on the Atlantic in northeastern Brazil, where his second resort, Itacaré, will debut later this year.

Opened in summer 2007, Aquapura Douro Valley sits amid vineyards in a 19th-century port producer’s manor that stood empty for eight years after a fire. Following a $36 million renovation, the manor retains its traditional facade but offers a surprise inside. “Most of the people in the region expected us to restore the buildings externally and internally as they were before the fire,” Vaz Guedes explains. “But our thoughts were just the opposite. We would do something in rupture with what had been done before.”

Sculptural benches and low couches line spare spaces in the 50-room hotel, where rates reach about $3,700 per night. Some of the design elements—clear-glass toilet stalls, for instance—may have pushed the “rupture” too far, but Vaz Guedes (who is researching opaque options) plans to continue pushing boundaries. “We are working with Anouska Hempel and minimalist Claudio Silvestrin in Brazil, because both architects are well known for being disruptive,” he says. “They use their architecture to make monuments.”

The monuments of the Douro Valley—its historic quintas, or wine estates—remain the region’s primary draw. Many of the top estates are closed to the public, but Aquapura has persuaded Quinta Do Vesúvio and other premium port makers to offer private tours and tastings for guests. Boats are available to transport visitors throughout the rural valley’s waterways, which frequently prove an easier and faster option than the Douro’s maze of hilly roads.

Guests also can walk through the vineyards surrounding Aquapura, where vines cling to jumbled slate and granite on terraces that were first planted in the 15th and 16th centuries. Other on-site features include a library, a wine room, and tennis courts bordered by olive trees. But perhaps nowhere on the property is Vaz Guedes’ concept of relaxation more palpable than it is at the outdoor pool, which appears to spill into the Douro River below.