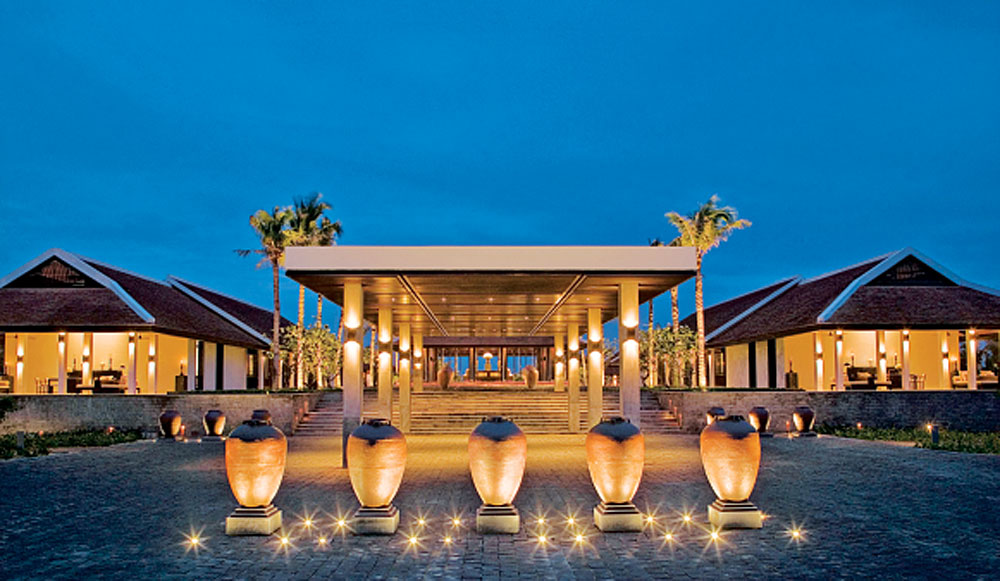 Lucky remembers running behind American soldiers as they dropped candy for children onto the streets of Da Nang during the Vietnam War. The U.S. military built a large base in Da Nang, but this city in central Vietnam was never a combat zone. In fact, the stretch of coast between Da Nang and Hoi An, commonly known as China Beach, served as an escape from the horrors of war; the U.S. military’s R&R facility (nicknamed I&I, for Intoxication & Intercourse) housed troops during their in-country vacations. Today, foreigners are once again flocking to China Beach, although the local accommodations—especially the stylish Nam Hai resort, where Lucky works as a chauffeur—bear no resemblance to the barracks of wartime Vietnam.

When President Bill Clinton normalized U.S.-Vietnamese relations in 1995, it opened the country to a larger pool of tourists—and investors. The impact of the agreement is evident today at China Beach, where several upscale resorts are being built. The InterContinental group will open a 200-room resort on the Son Tra Peninsula, just north of China Beach, in 2009. Laguna Vietnam—a complex of seven resorts, a golf course, and residential villas—will break ground this year. A Raffles resort will begin taking reservations in 2010, and Four Seasons is finalizing plans for a villa resort on Cham Island, just 15 minutes from China Beach by boat.

For now, however, Nam Hai stands apart on China Beach. The 30-minute drive from the airport with Lucky passes by the former U.S. base, now used by the Vietnamese military. The route continues down “Five-Star Road,” a new highway nicknamed for what is to come, not for what exists, which is mostly a smattering of large conference hotels flanked by vacant lots. But behind a guarded gate and high stone wall, bright green lawns lined with imported palm trees border tennis courts, a gym, and a lagoon dotted with the Nam Hai’s spa pavilions. The resort is sleek and, under a steady October downpour, slick; the infinity edges of three rectangular swimming pools spill over and onto slippery stone walkways.

Singapore’s GHM Luxury Hotels opened Nam Hai 18 months ago. The company, which is chaired by Amanresorts founder Adrian Zecha, manages 13 other distinct and equally modern properties. The 60 one-bedroom villas and 40 pool villas at Nam Hai—where rates reach $3,400 per night—are arranged in horseshoe shapes around stretches of sand that connect to the beach. Inside, beds sit on the floor next to sunken bathtubs and across from flat-screen televisions. Outside every back door, the soft sand of China Beach leads to a rough sea specked with the cereal bowl–shaped baskets that locals use to catch fish.

With the influx of international resorts in China Beach, tourism is replacing fishing as the career of choice for many of the area’s residents. Lucky, for one, welcomes the opportunities presented by foreign-owned firms such as GHM. “The management is very good at the Nam Hai,” he says, adding that, as an adult, he continues to appreciate the generosity of outsiders. “We get a 5 percent service charge instead of the zero percent to 2 percent I earned at the Vietnamese-owned hotels.”