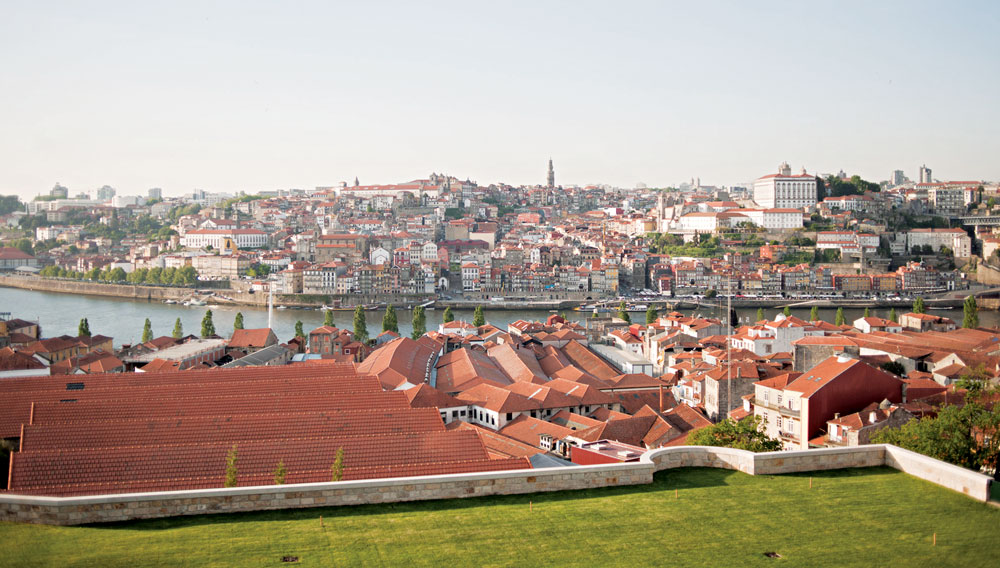 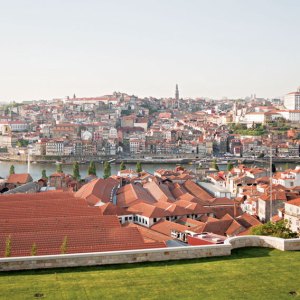 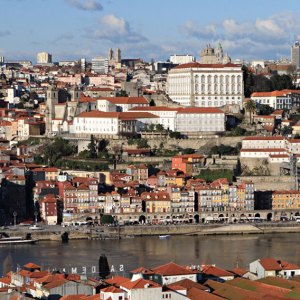 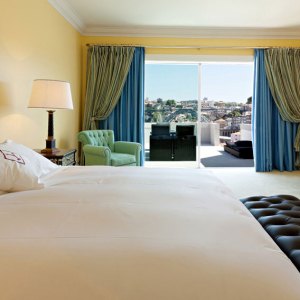 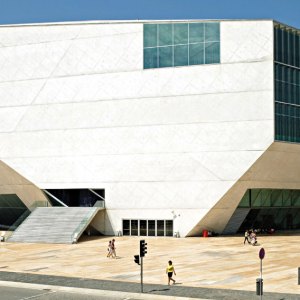 Across the Douro River from the medieval heart of Porto, the Vila Nova de Gaia neighborhood houses a dozen warehouse-like port lodges along the waterfront. Installed during the 1700s, the lodges have for centuries stored aging barrels of port wine made from grapes grown upriver in Portugal’s Douro Valley. Patios beckon passersby to come in for tours and tastings, or simply grab a seat to watch the slow parade of barcos rabelos, sailboats once used for shipping barrels between country vineyards and city storehouses. Indeed, the Douro—and the port produced along its banks—has been the lifeblood of this city for centuries, a tradition embraced at a new hotel from one of Portugal’s oldest port houses.

Opened last year by the Fladgate Partnership—the centuries-old family-owned firm behind such brands as Taylor’s and Fonseca—the Yeatman lies just up the hill from the port lodges in Gaia. The hotel has partnerships with more than 60 Portuguese wineries, which host weekly tasting dinners and help fill the property’s fastidiously regulated 25,000-plus-bottle-capacity wine cellar. The partners also sponsor some of the hotel’s 82 guest rooms, which are adorned with artifacts and photos from the respective vineyards. Each of the accommodations provides panoramic views over the Douro to Porto’s picturesque historic center.

Because Portugal did not experience the devastation that neighboring countries suffered during World War II, the old city of Porto remains one of the best-preserved in Europe. UNESCO designated Porto a World Heritage Site in 1996, and since 2005 a hexagonal Rem Koolhaas–designed concert hall has drawn crowds in the same fashion that Frank Gehry’s Guggenheim Museum lures travelers to Bilbao, Spain. The historic district is also home to a pair of new and architecturally notable hotels.

Opened in July on Porto’s main square, the Inter­Continental Porto-Palacio das Cardosas is set in a former 18th-century palace that underwent a $43 million restoration. The elegant, 105-room hotel faces the Avenida dos Aliados and is within walking distance of tourist attractions including the 13th-century cathedral. Just one metro stop away, in the emerging Cedofeita neighborhood, the six-suite, concrete-clad Casa do Conto hotel reopened in July as a modern interpretation of the neighborhood’s traditional terra-cotta-roofed row houses.

Set in a newly built structure, the Yeatman also offers a modern refuge from the city’s cobblestone streets. Evenings at the hotel typically kick off with tasting sessions, perhaps a white-port aperitif followed by a flight of tawnies. Come dinnertime, the region’s wines pair with dishes like coriander-infused carbonara with shellfish—and with centuries-old stories told by the winemakers themselves.