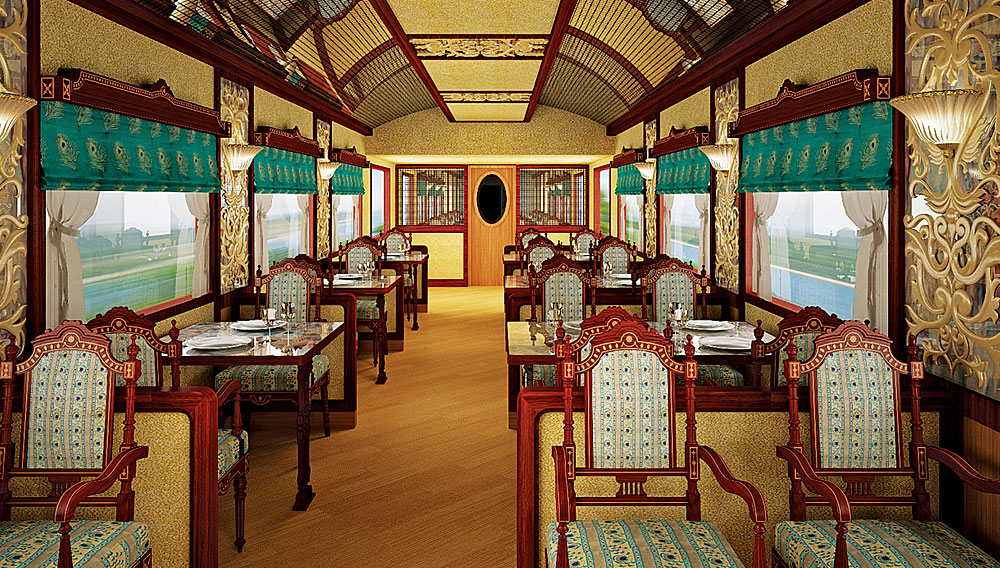 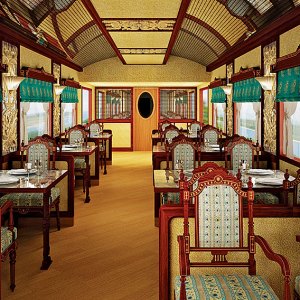 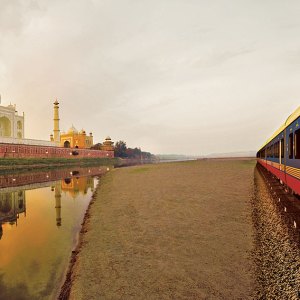 Great Britain’s colonial legacy in India is a controversial subject, but few would question the infrastructural contributions the British made to the subcontinent—namely the 28,000 miles of railroad track that was laid by the early 1900s. A century later, the rail system is one of the largest in the world, with some 7,500 stations and 40,000 miles of track. India’s trains carry more than 6 billion passengers per year (nearly equivalent to the world’s population) and remain the most popular way to crisscross and see the massive country. This often arduous undertaking now has a far more agreeable iteration, following the March debut of the 23-carriage Maharajas’ Express.

India’s first pan-continental train, Maharajas’ Express is operated by Royale Indian Rail Tours, a company part owned by the Indian branch of the 252-year-old British travel outfitter Cox & Kings. The 84-passenger luxury train features a state-of-the-art pneumatic and hydraulic suspension system that smoothes out any irregularities on India’s wide Victorian gauge. The onboard comforts extend to the railcars’ accommodations, which range from 20 nicely appointed cabins and 18 spacious junior suites to four extravagant double suites and a sprawling presidential suite that occupies an entire carriage. All of the compartments have panoramic windows, large bathrooms, individual air-conditioning controls, satellite TVs, and even Wi-Fi—impressive considering some of the remote locations Maharajas’ Express accesses.

The train’s four cross-country routes span six or seven nights and start at $800 per person per day. Itineraries include a Mumbai-to-Delhi trip, with stops in Udaipur and Agra, and a Delhi-to-Kolkata voyage, which goes through Varanasi and Gaya. Royale Indian Rail Tours arranges the train’s exceptional daytime excursions, which might entail a private tour of Gwalior’s Jai Vilas Palace; a round of elephant polo in the village of Kukas, near the ancient Rajput capital of Amber; a twilight desert dinner outside the town of Bikaner in Rajasthan; a visit to the Udaipur market; or a tiger safari at Ranthambore National Park.

After a day exploring countryside or city, guests retire to Maharajas’ Express’ plum-colored wagons, which, in addition to guest cabins, house a pair of bars and two restaurants that serve Continental and Indian fare on custom L’Objet crockery. The train’s comforts and cuisine make it a most welcome sight at day’s end—though none so welcome as the entirely new vista that will reveal itself by morning.