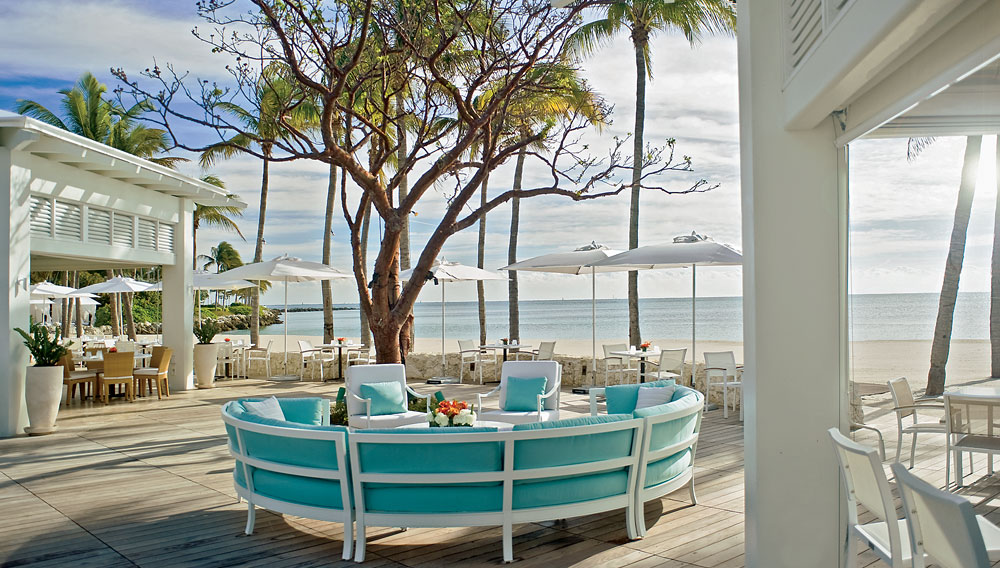 Though residents of Fisher Island Club will tell you otherwise, the cockatiels and macaws in the resort’s aviary are not squawking “My island for your boat.” That was, however, the deal cut by Carl Fisher in 1925, when he bartered his Florida private island for The Eagle, a 250-foot yacht owned by William Vanderbilt II—a trade on a par with beads for Gotham. By 1926, the robber baron had acquired a much bigger boat and had a glittering seaside mansion under construction on Fisher Island.

Vanderbilt’s Mediterranean-style winter home and 216-acre parcel—located just offshore from Miami Beach—eventually became Fisher Island Club, a hotel and resort community that opened in 1987. Now home to a 600-family neighborhood (with the highest per capita income in the United States) and the 45-room hotel, Fisher Island Club is finalizing a five-year, $60 million renovation aimed at returning this Art Deco hideaway to its exclusive roots.

For hotel patrons, Fisher Island Club has updated Van­derbilt’s former guest cottages with Art Deco–inspired furnishings, neoclassical fireplaces, and other period-appropriate details. The Vanderbilt Mansion continues to serve as Fisher Island’s bustling clubhouse, where residents and hotel guests mingle in spaces that feel as if Vanderbilt himself were still in residence—but where everything has been retrofitted, cleaned, and put back into place. Vanderbilt’s former library serves as a cozy piano bar, and the hangar for his amphibious plane will open later this year as a harbor-side spa.

Fisher Island also features two deep-water marinas, making it one of the few resorts that can accommodate mega­yachts as long as 250 feet (with a maximum 12.5-foot draft). Recent renovations to the marinas include a new hardwood dock, power upgrades to better serve large yachts, and a new beach bar and restaurant overlooking the harbor.

Guests access Fisher Island by private boat or a 7-minute ferry ride from Miami Beach. Indeed, the island is convenient to all the action on Ocean Drive, though not too close for those seeking a reprieve. The resort offers a host of venues for leisurely pursuits, from generous beaches of imported Bahamian sand to 18 tennis courts (grass, hard, and clay) and a nine-hole, P.B. Dye–designed golf course.