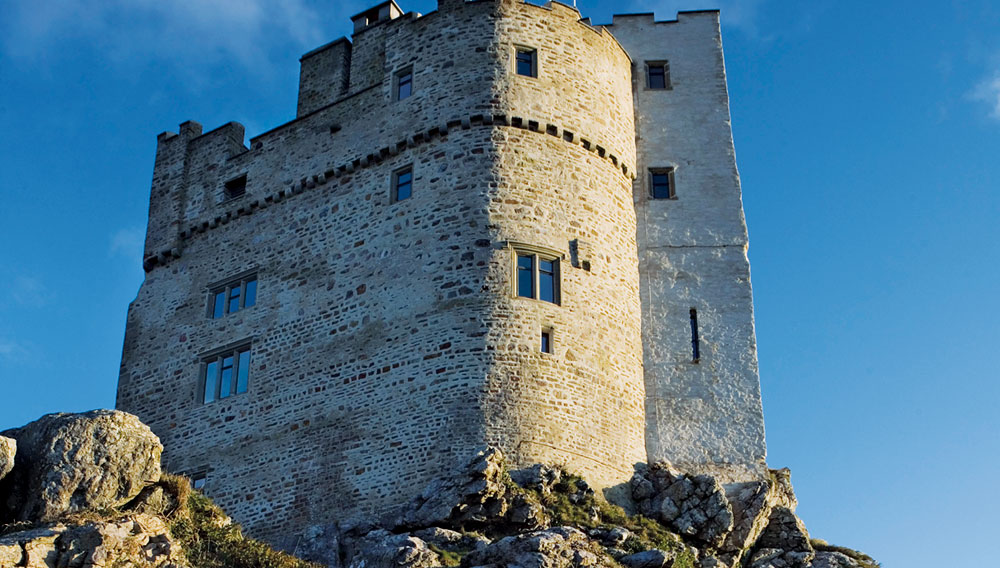 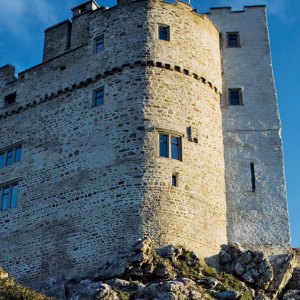 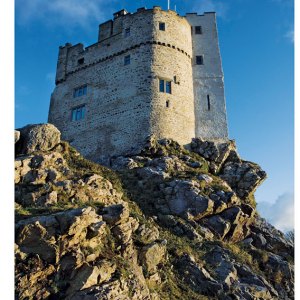 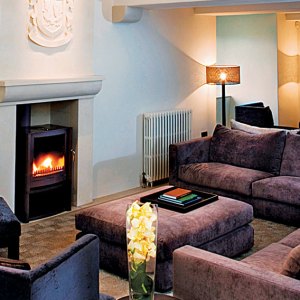 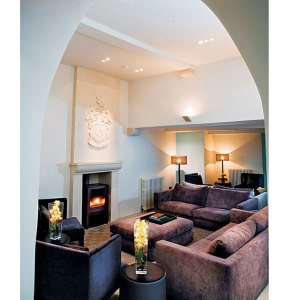 A “coasteerer” clad in a wet suit, life preserver, helmet, and sneakers whoops at the top of his lungs as he cannonballs from a 12-foot-high cliff into the Irish Sea off of St. Davids, Pembrokeshire, in southwestern Wales. The participant in this quirky local sport will also scramble up rocks, climb along slippery ridges, swim and bob in ocean waves, and slip in and out of underwater caves—all before retiring for the evening to a newly restored castle in one of Great Britain’s most charming villages.

Coasteering, a pursuit that involves clambering and swimming along intertidal zones of rocky coastlines, evolved in Wales in the late 1980s. The British principality, with its 750 miles of rugged and pristine coast, is a natural setting for the sport, and St. Davids is an ideal base for its partakers. The smallest city in Great Britain, St. Davids is located within the 60-year-old Pembrokeshire Coast National Park and has long attracted divers, surfers, windsurfers, climbers, kayakers, and hikers (now more than ever thanks to the area’s newly completed 186-mile Coast Path). The impossibly quaint village, however, has always lacked for luxury lodgings. That changed in June, when St. Davids native Keith Griffiths debuted the inaugural properties in his Retreats Group, an upscale hospitality enterprise that melds history with high adventure.

An architect and a founder of Aedas, one of the largest international design firms, Griffiths returned to his hometown in 2008 and acquired a pair of historically significant ruins. His Retreats Group and Griffiths-Roch Foundation then undertook a four-year restoration and transformation of the 19th-century Penrhiw Priory and 12th-century Roch Castle, using area contractors and commissioning artwork exclusively from local artists.

“My aim is to stop the decline of endangered historical buildings and create a market for ‘designer historicism,’ ” Griffiths says. “With each project we marry beautiful design and historic integrity.”

For the seven-bedroom priory—which looks onto 12 acres of private woods, meadows, and gardens on the outskirts of St. Davids—Cardiff-based artist Brendan Burns produced abstract oil paintings inspired by the shoreline of the Pembrokeshire coast. The fortress of Roch, a local landmark that guards a promontory located 15 minutes by car from town, features Philippe Starck fixtures and Portuguese limestone floors. Guests of the four-acre estate enjoy views of the Welsh mountains, the St. Davids Peninsula, and the Irish Sea.

Both of the Retreats Group’s properties are available on an exclusive-use basis, with rates ranging from about $3,295 for a half week at Penrhiw Priory to $6,275 for a full week at Roch Castle. Breakfast and the services of a groundsman and a housekeeper are included, and private chefs, chauffeur-driven cars, guides, and helicopter transport can be booked by request. The Retreats Group specializes in arranging outdoor excursions—coasteering, sea kayaking, horseback riding to nearby castles—and other activities for guests.

The Retreats Group’s unique blend of history and hospitality will manifest once again with the impending debut of the company’s third property: Expected to open next year, the 20-room Twr-y-Felin Hotel is set inside a 206-year-old windmill.