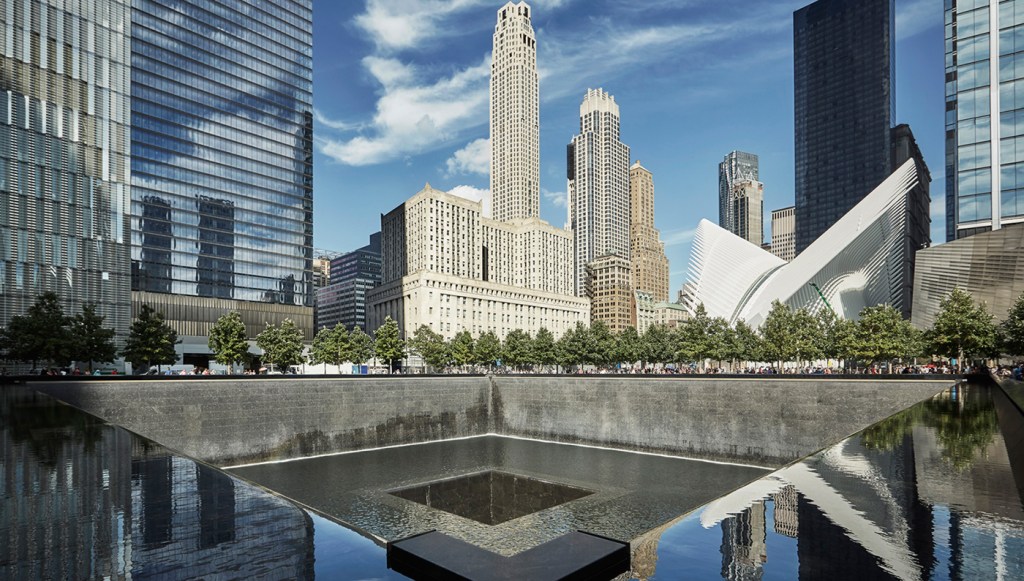 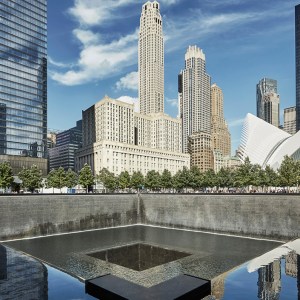 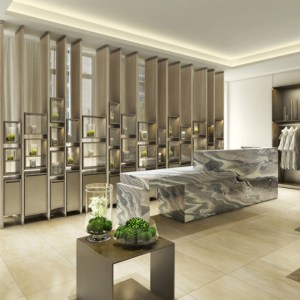 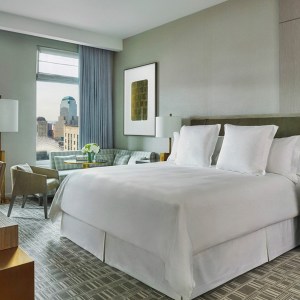 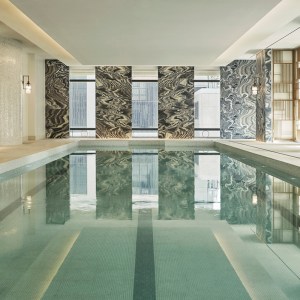 Start spreading the news, the Big Apple has a new sybaritic core with today’s grand opening of the Four Seasons Hotel New York Downtown in Tribeca. The second Four Seasons in the city, it is only a short stroll from Wall Street’s World Trade Center complex, home to the National September 11 Memorial plaza and the Oculus transportation and shopping hub. Closer still is the fine dining found inside the hotel at Cut by Wolfgang Puck, the celebrated chef’s first establishment in Manhattan.

The towering 82-story retreat, designed by Robert A. M. Stern Architects, is home to 189 rooms and suites detailed by renowned interior designers George Yabu and Glenn Pushelberg. Anchored by a suspended staircase, the two-story lobby is a presentation of travertine-tile flooring, woven metal screens juxtaposed against impressive wood walls, and ubiquitous original artwork. Each accommodation (ranging from 400 to 2,400 square feet) continues the ambiance of elegance with a color palette of light blue, taupe, and grey complemented by natural light. Guests will find the in-room connectivity comprehensive, but when it is time to unplug completely, the marble bathrooms offer deep soaking tubs for restorative downtime.

Also seductive to the senses is the Spa at Four Seasons with a rejuvenating menu enhanced by Dr. Burgener Switzerland skincare products (the United States debut for the line) and Omorovicza of Hungary facial treatments (offered nowhere else in New York). And further bodily benefits are found in the 6,000-square-foot fitness center complete with a 75-foot indoor lap pool.

The hotel also promises to be a new mecca for meetings and events thanks to its Greenwich Ballroom (capable of accommodating up to 175 attendees), two smaller salons, and the support of a dedicated catering and conference team.

And for those tempted to never leave, they don’t have to. Located at the same 30 Park Place address are 157 Four Seasons Private Residences developed by Silverstein Properties. The one- to five-bedroom permanent living spaces are sequestered on the upper levels and include access to all of the hotel’s hospitality. (fourseasons.com)