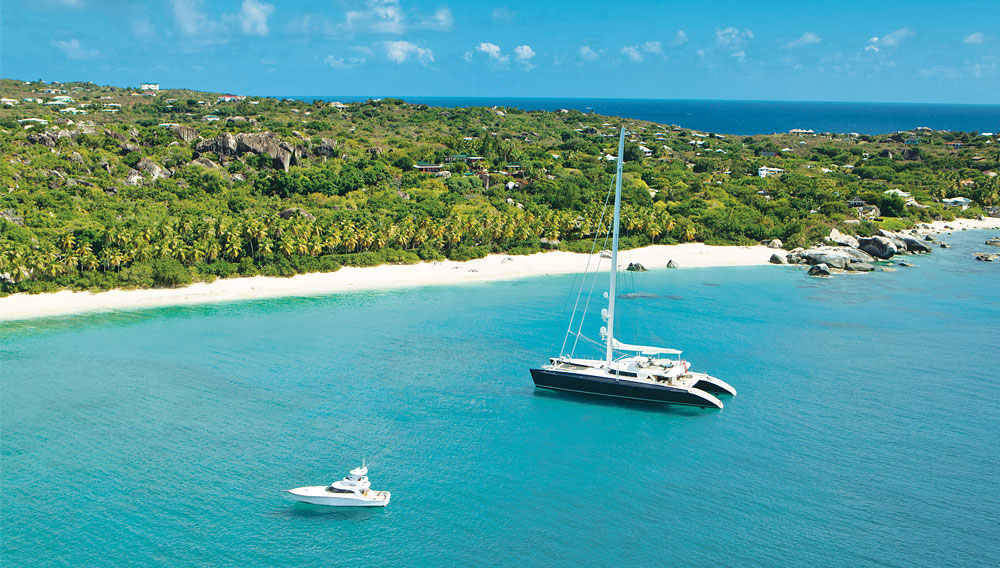 The Adventure › A two-week scuba-diving expedition through French Polynesia aboard the sailing yacht Hemisphere.

The Outfitter › A scuba diver from the age of 8, the French marine biologist and underwater filmmaker Rodolphe Holler fantasized about French Polynesia long before he launched Tahiti Private Expeditions in 2007. “When we first met in France, he was dreaming of diving with the manta rays,” says his wife and fellow dive master, Christelle Holler. Now in its seventh year, the Hollers’ Moorea-based diving company specializes in private scuba expeditions aboard luxury charter yachts throughout the country’s 118 islands and nearly 1 million square miles of ocean.

The Itinerary › Christelle Holler has been scuba diving for 18 years and designing bespoke scuba charters for Tahiti Private Expeditions since its inception. For the ultimate scuba charter this year, she recommends a two-week adventure aboard Burgess’s Hemisphere, a145-foot sailing yacht specially outfitted for PADI certification. Launched in 2011, the yacht is the world’s largest sailing catamaran, with five guest cabins, an onboard dive center, and a staff of 10, including two dive instructors.

“French Polynesia is as large as Western Europe, yet only 1 percent of it is land,” Holler says. “The diving sites here are remote and completely untouched, and you get something totally different every time you go down.” Holler’s itinerary centers on the Tuamotu Archipelago, a sprawling chain of 78 shallow atolls where underwater explorers can drift dive at speeds of up to 8 knots. Stops include Fakarava Atoll (whose northern pass is the biggest in French Polynesia) and Apataki (home to the archipelago’s largest reef-shark population). Then it is on to Tuamotu’s largest atoll, Rangiroa (where divers can swim amid dozens of bottlenose dolphins), and finally to Moorea (known for its population of sicklefin lemon sharks).

Throughout the archipelago, divers will average two to three dives a day, encountering manta rays, groupers, jackfish, barracudas, and a variety of sharks. When not diving, travelers can snorkel, surf, and kayak off of Hemisphere or head to terra firma for horseback riding and hiking amid the islands’ jagged mountains and white-sand beaches.

The Extreme › While scuba diving with French Polynesia’s humpback whales is not permitted, Tahiti Private Expeditions offers a thrilling alternative known as rebreather diving. Using recycled air enriched with oxygen, divers are able to stay underwater longer—and without making bubbles—allowing them to unobtrusively interact with the massive mammals.