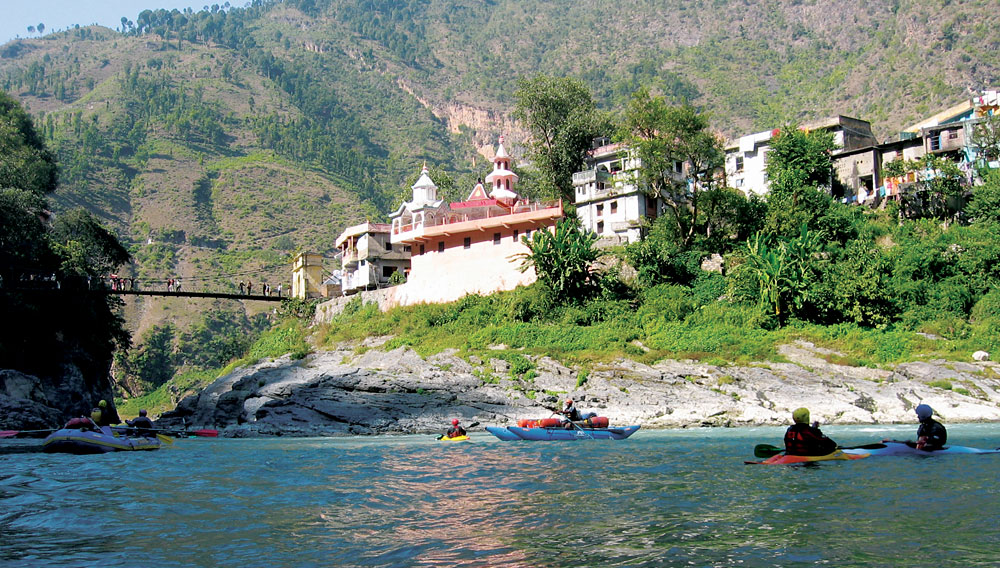 The Adventure › A two-week white-water-rafting voyage in Nepal.

The Outfitter › Epic Tomato launched in 2011 as an adventurous spin-off of the London-based bespoke travel company Black Tomato. Led by expert explorers including mountaineers and former military and special-forces personnel, the outfitter’s trips have ranged from jungle training and trekking in Papua New Guinea to husky sledding and ice climbing in Greenland. “Our expedition leaders have prepared and guided trips through some of the most extreme environments on Earth,” says Rob Murray-John, Epic Tomato’s head of operations. “People are seeking a sense of achievement and a pure and challenging form of adventure, and that’s what we aim to deliver.”

The Itinerary › Set within the steep chasms of the Himalayas, the rivers of Nepal descend faster and farther than any other rivers, providing some of the most challenging white-water conditions in the world. “Nepal is home to many of the earth’s highest peaks, which makes for seriously dramatic rivers crashing all the way down to the rafting courses,” Murray-John says. “The rivers also cover a wide range of difficulties, making rafting here suitable for all skill levels.”

Murray-John suggests a two-river expedition, starting with the Kali Gandaki, a 391-mile river that passes through one of the deepest gorges in the world, and moving on to the Bheri River, located in the Himalayas’ Dolpa district. After an overnight stay at Kathmandu’s Dwarika’s Hotel, travelers must first trek to the start of the isolated Kali Gandaki, set high on the Tibetan plateau in an area that cannot be accessed by vehicle. Plunging through the Himalayas between the Dhaulagiri and Annapurna mountains, the Kali Gandaki offers turbulent Class IV rapids that require swift and sharp maneuvering to stay afloat. For Murray-John, a highlight is the 13-mile stretch between Khalte and Devghat, where rafters encounter continuous Class III sections that culminate in a series of challenging rapids. Conditions prove easier on the Bheri River, where more tranquil waters give way to short bursts of Class IV rapids. “The ride on Bheri is a little calmer, but the views are much more impressive and the terrain is much wilder,” Murray-John says.

Throughout the 15-day journey, travelers encounter rarely visited villages, such as Setibeni (a holy community with a Hindu temple) and Purtighat (located near a cascading waterfall), and overnight in teahouse lodges or secluded camps set amid the green hills and sandy banks of the rivers.

The Extreme › On the 35-mile stretch of the Kali Gandaki between Baidi and Khalte, rafters encounter continuous white water, navigating such long and turbulent rapids as the Class IV Little Brother and the Class IV-plus Big Brother.