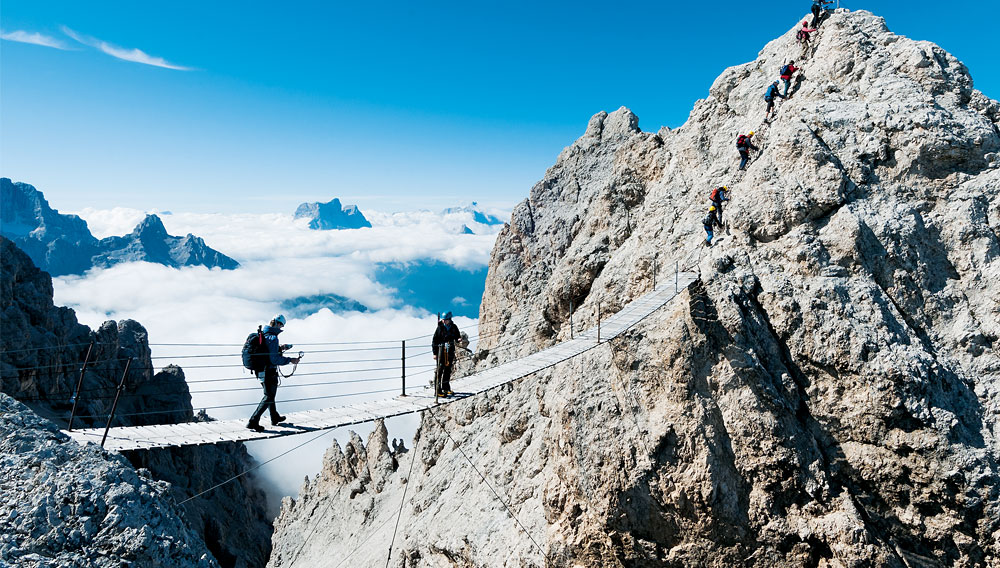 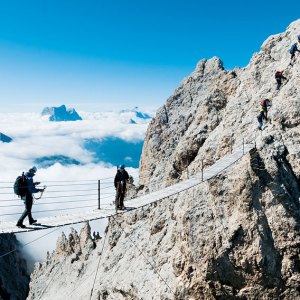 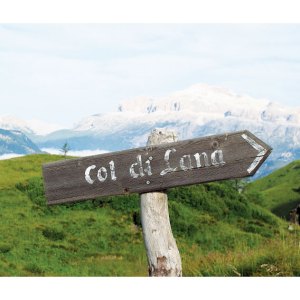 The Adventure › A 13-day via ferrata expedition through Italy’s Dolomites.

The Outfitter › Raised in Argentine Patagonia, Agustina Lagos Marmol grew up fly-fishing and horseback riding in one of the world’s most striking and pristine landscapes. But the founder of the Italian outfitter Dolomite Mountains says that few places compare with her current home base. “The problem with the Dolomites is that everywhere you go is spectacular,” she says of the 90,000-acre mountain range where her company has offered bespoke skiing, hiking, and climbing journeys for more than 15 years. “It is impossible to see it all.”

The Itinerary › The Dolomites feature some of the longest and steepest rock faces in the Alps, and the range’s chalky crags have served as the training grounds for professional climbers for more than a century. Marmol suggests following in their footsteps with an itinerary focused on the region’s famed vie ferrate. First constructed by Italian soldiers navigating the mountains during World War I, these “iron roads”—comprising cables and rungs that ascend exposed ledges and thousand-foot walls—make it easier (if not quite easy) to climb the region’s towering summits.

Following an overnight stay in Venice, Marmol suggests a progressive itinerary that combines via ferrata ascents and scenic hikes. As an introduction to the region’s terrain, travelers spend their first days on moderate climbs, such as the Three Peaks of Lavaredo (featuring a 3,280-foot ascent that passes through underground tunnels built during the war) and Via Ferrata Ivano Dibona (a 1,378-foot course that traverses the Dolomites’ longest suspended footbridge). Greater challenges come later in the trip, with advanced routes that require multi-pitch climbing and glacier trekking that necessitates the use of crampons and ice axes. “The terrain is very difficult on some of these climbs, and the weather can change at any time, so that can be very challenging as well,” Marmol says. “But after several days of it, a lot of clients are confident enough to even climb Punta Penia”—the highest peak in the Dolomites.

Throughout the trip, travelers stay in luxurious hotels and rifugi (mountain inns located near the via ferrata courses) and dine at such Michelin-rated restaurants as Hotel Rosa Alpina’s St. Hubertus and Hotel Ciasa Salares’s La Siriola. Cultural excursions can expose travelers to Ladin villages that date to 15 BC, and the local crepe-like delicacy of Kaiserschmarren.

The Extreme › While the full-day scramble to the top of the 10,500-foot Mount Civetta is not technically difficult, the route is filled with many unprotected passages requiring climbing skills and caution. “This is a very long route with no easy escapes, and since the majority of the course faces east and north, it is subject to ice and snow at any time of the year,” Marmol says. “But once you are at the top, you will be able to admire the most spectacular vertical views of any ferrata in the Dolomites.”