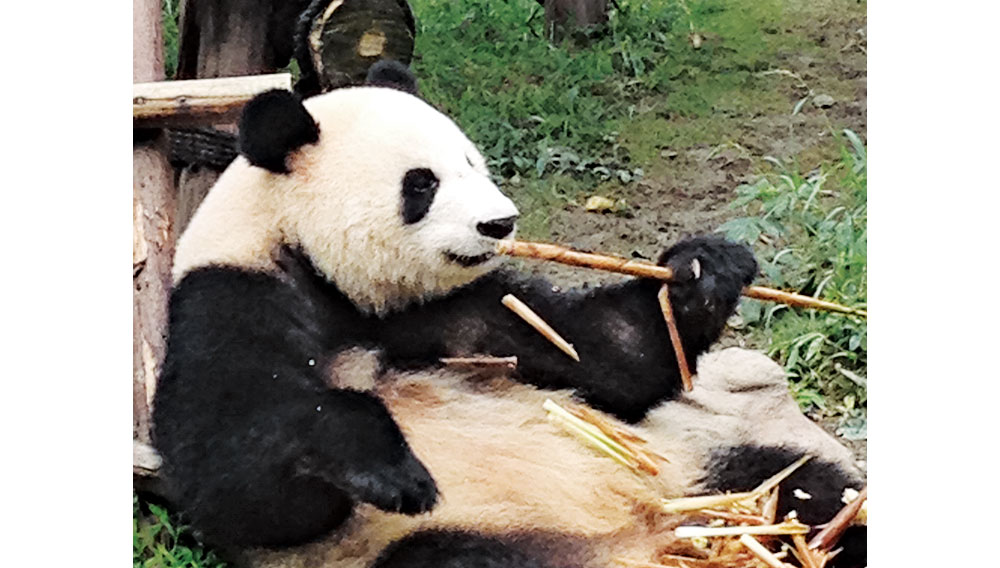 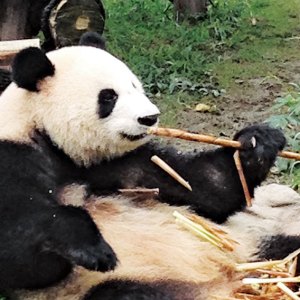 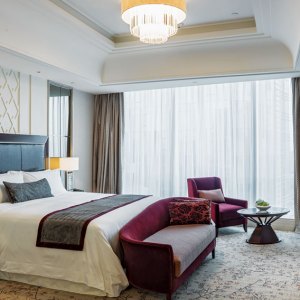 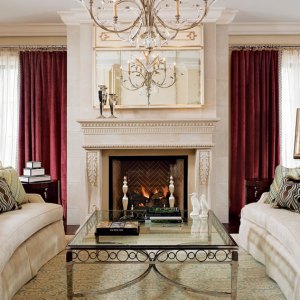 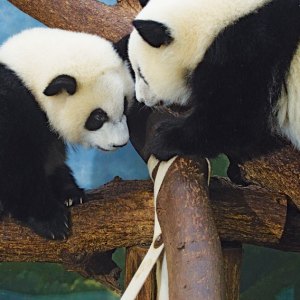 In 1934, the Washington Post published an article challenging adventurers to procure the first live specimen of the world’s most mysterious animal. Known as the giant panda, the woolly black-and-white creature had been a Western fascination since 1870, when the Natural History Museum in Paris declared it a newlydiscovered species. Six decades later, the Post postulated that the world’s zoos might compete to pay as much as $25,000 to the first explorer to bring home one of the fabled Chinese animals in the flesh. The race came to an end in 1936, when the New York socialite Ruth Harkness—after trekking for some two months through the dense bamboo forests of the Sino-Tibetan border—returned to the United States via boat from Shanghai carrying in her arms a young panda no larger than a lapdog.

Still sources of fascination today, giant pandas are the top attractions in some of the world’s major zoos. But while as popular as ever, the highly endangered animals remain extremely elusive—and are increasingly rare—in the wild. Fewer than 2,000 pandas are in existence, with roughly one-sixth of that population living in zoos and breeding centers and the remainder in wildlife reserves in the remote mountains of central China. “The biggest issues for giant pandas today are habitat loss and habitat fragmentation due to human encroachment,” says Megan Wilson, Zoo Atlanta’s curator of mammals. “Right now, our best chance for saving this species is to build a self-sustaining captive population.”

For this gift, the recipient and a guest will join the researchers at Zoo Atlanta and China’s Wolong National Nature Reserve for a pair of unprecedented behind-the-scenes experiences with giant pandas. Created exclusively for Robb Report by St. Regis, the gift—which incorporates donations of $500,000 and roughly $6.3 million to the Atlanta and Chengdu facilities, respectively—begins with three days at Zoo Atlanta, where the recipient and a guest will join Wilson’s team in caring for the facility’s famous family of four pandas, including the twin cubs Mei Huan and Mei Lun. The participants will have the opportunity to feed the pandas, as well as join veterinarians as they draw blood and conduct other medical procedures on the mammals.

“It is a really amazing, immersive experience that you could not get anywhere else,” Wilson says. “People will be very surprised at how well the pandas are trained and the number of things that they cooperate with. We even have a panda that will paint a picture for the gift’s recipient.”

The trip continues at China’s Wolong National Nature Reserve, the first research center to have successfully released a captive-born panda into the wild. There, the recipient and guest will work directly with the reserve’s director and team of naturalists to aid in daily breeding activities, exercise training, bathing, and feeding. When working with the animals at this facility, guests may be required to don oversize panda suits, ensuring that the mammals remain unaccustomed to the presence of humans and thus increasing their chances for survival in the wild.

Of course, this panda journey will not be without its creature comforts, which include suite accommodations at the St. Regis Atlanta and the new St. Regis Chengdu, as well as first-class round-trip airfare, all meals, and translation services in China. The gift’s greatest luxury, however, will be the gratification that comes with making a difference for a magnificent animal. “There wouldn’t be a lot of hope for giant pandas if no one was working for them and trying to save them,” Wilson says. “This gift is helping us make sure we don’t have to say good-bye to them for good.”

Donations are subject to IRS guidelines.