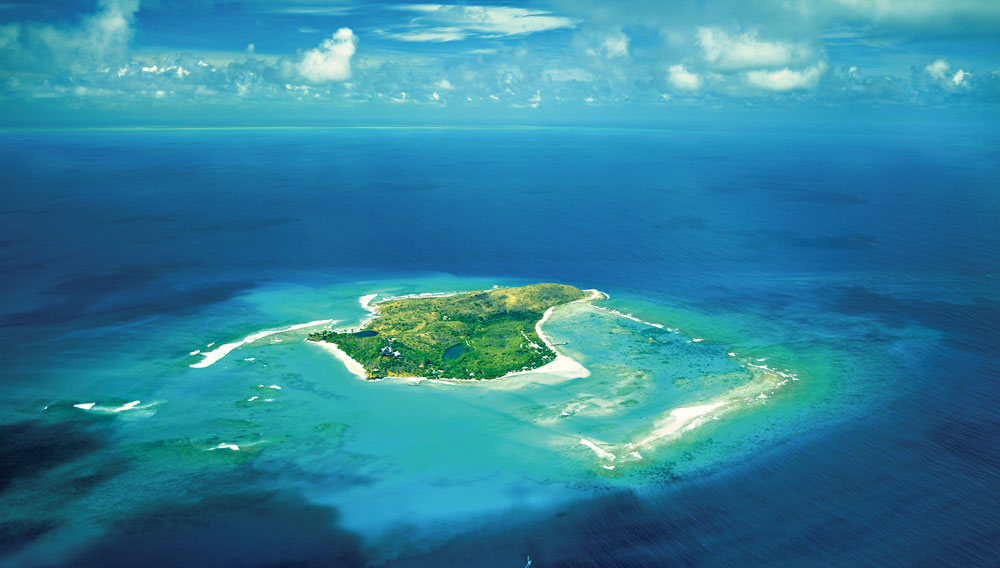 Sir Richard Branson’s original resort, the 27-year-old Necker Island, experienced a setback just a month after the Virgin mogul’s property in Australia opened to the public. Lightning struck the Caribbean island on August 22 and started a fire that sent guests—including Branson, his 90-year-old mother, and actress Kate Winslet—scurrying to safety. Winslet helped rescue Branson’s mother, but no one could save Necker’s eight-bedroom Great House, which was destroyed in the blaze.

Branson plans to reopen the Great House as soon as it can be rebuilt. In the meantime, guests can still enjoy this archetypal private-island getaway in the six recently renovated Bali Houses, stand-alone one-bedroom structures with hand-carved Balinese beds and lounge areas. Temple House—Branson’s private home—and Necker Belle, his 105-foot catamaran, will help fill in temporarily for bedrooms lost during the fire.

Necker Island maintains a 60-person staff whose members are, like the employees of Virgin airlines, friendly, professional, and well groomed. Meals can be prepared according to guests’ tastes and served anywhere on the 74-acre property, which is accessible via seaplane or helicopter from Antigua, San Juan, or St. Thomas.