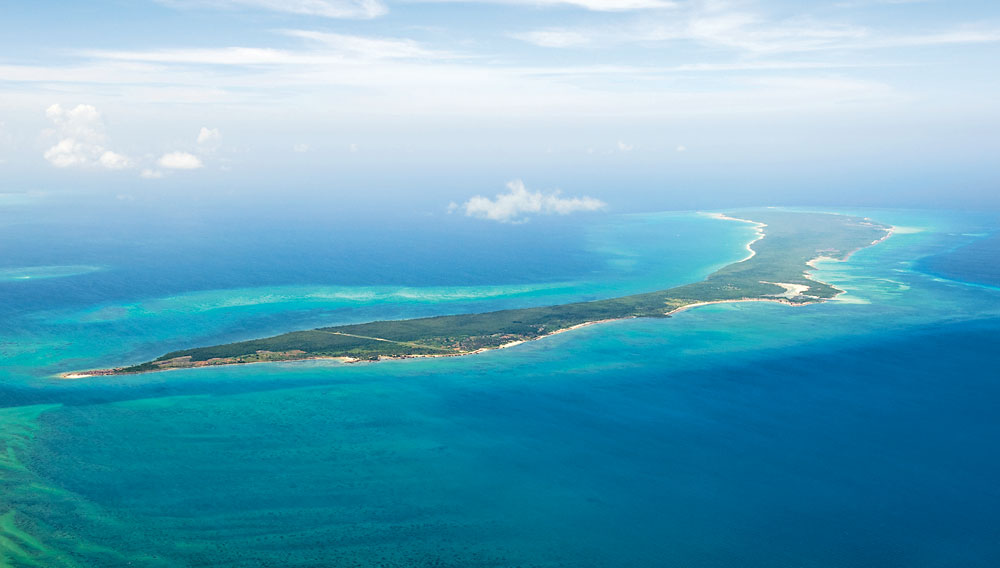 Though just two miles off Mozambique’s northeastern coast, Vamizi Island seems a wild and secluded sanctuary. Even the civil war that devastated the rest of the country by the early 1990s never made it out to this crescent-shaped coral island in the Indian Ocean. Sea turtles still nest along the downy-white, butter-soft beach. Sailfish and giant kingfish are caught just offshore, and divers swim with reef sharks at nearby sites with names like Neptune’s Arm, the Volcano, and the Abyss.

The Vamizi resort’s 15 villas, generously strung out over nearly a mile of beachfront, bring order to the wildness. Thatch roofs shade the mahogany-and-umbila abodes, where lattice weaving and shutters carved in Zanzibar contribute to a colonial-meets-Balinese-meets-Afro/Arab-chic ambience. Soft white muslin fabrics surround implausibly large beds and sway in the ocean breezes. Meals of fresh fish and local vegetables can be taken nearly anywhere on the island.

Vamizi is the only resort on its namesake island, but it is not entirely alone on the 7-mile-long strip. The resort, which occupies two-thirds of the land, shares Vamizi Island with a small village where several of the 150 staff members reside.