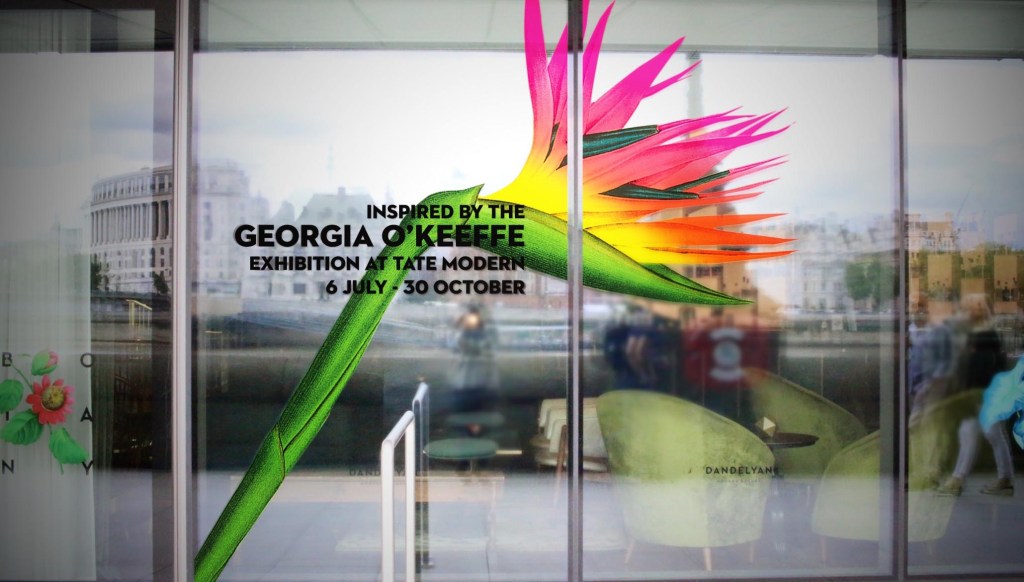 LONDON – This summer, Mondrian London is launching an exclusive partnership with one of Tate Modern’s biggest exhibitions of the year, a major retrospective of American art icon, Georgia O’Keeffe. In celebration of this, and with the much-anticipated unveiling of the new wing, Mondrian London will be offering a special package for the duration of the exhibition (July 6 – October 30 2016). Located on London’s vibrant South Bank just 5 minutes’ walk from the iconic gallery, South Bank’s hottest design hotel is the perfect base from which to explore the new exhibition and visit the new wing.

Inspired by the Georgia O’Keeffe exhibition and in commemoration of Georgia O’Keeffe’s most renowned paintings of magnified flowers, the team at Mondrian London will also be installing a life-sized Dandelyan flower onto the windows of the celebrated bar. Visible to all those strolling along the Thames, the window design will also include details of the exhibition. The Georgia O’Keeffe exhibition brings together some of her most important works including Jimson Weed/ White Flower No.1 (1932) – the most expensive painting by a female artist ever sold at auction. Making her debut a century ago in 1916, O’Keeffe was immediately recognised as a trailblazing artist, while her legacy as an American art icon and a pioneer of twentieth century art is widely recognized. With no other works by O’Keeffe in UK public collections, this exhibition is a rare chance to see the beauty and skill of her remarkable paintings outside of the US. Mondrian London at Sea Containers dazzled the London hotel scene when it opened its doors in late 2014 on the eclectic South Bank. Designed by Design Research Studio under the creative direction of visionary Tom Dixon, the iconic building boasts 359 guestrooms and suites, stunning riverside views, an expansive restaurant and exciting rooftop bar, boutique cinema and bold spa concept.

Mondrian London is also home to award-winning and innovative bar, Dandelyan. Created by Ryan Chetiyawardana, A.K.A My Lyan, Dandelyan was awarded Best New International Cocktail Bar at the prestigious Tales of a Cocktail’s Spirited Awards in 2015. Mondrian London’s Georgia O’Keeffe package is available throughout the exhibition from 6 July to 30 October 2016, with rates starting at £195 per room, per night based on two people sharing and including all elements of the package.

The Jimson Blossom cocktail is available on Dandelyan’s menu throughout the exhibition at £13.50.