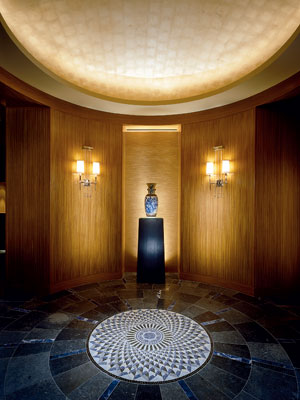 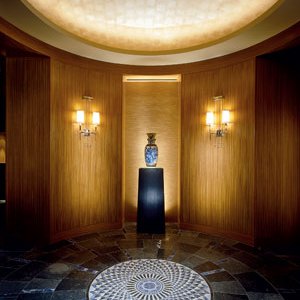 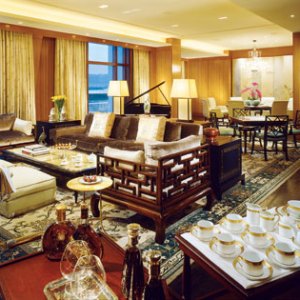 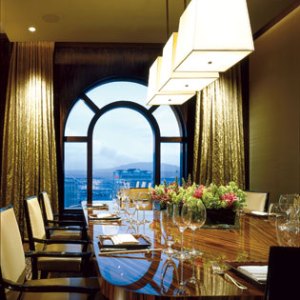 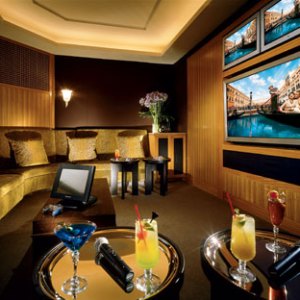 Former university of Texas coach Darrell Royal, echoing the sentiments of the 1st-century Roman philosopher Seneca, once observed, “Luck is what happens when preparation meets opportunity.” He was referring to football, of course, but his words also could apply to the Venetian hotel in Las Vegas, which nearly two years ago began constructing its five new Chairman Suites—featuring Murano glass chandeliers, ancient Chinese art, and Crestron programmable room functions in multiple languages—in preparation for the opportunity presented by China’s economic boom.

The Venetian does not publish rates for these accommodations, which include four 8,000-square-foot, four-bedroom suites and one 6,000-square-foot, three-bedroom unit. “These are designed for the customer willing to risk $1 million at the table,” says Brad Stone, executive vice president of Las Vegas Sands, the Venetian’s parent company. To reserve one of these suites, a guest must first establish a proper line of credit. “We’re strict about who we put in these suites,” says Stone, who oversees all building and design for the company. “At $5.5 million each, they were expensive to produce. We would rather have one go empty than fill it with the wrong profile.” Typically, the suites are occupied by “successful businessmen who are part of the new wealth that China and other countries in Asia are experiencing,” he explains, “though we also have European, American, and Latin customers.” Regardless of their country of origin, these elite gamblers expect a polished environment.

Private elevators convey guests from their Chairman Suites to the Paiza Club on the 36th floor. The term paiza dates to the 13th century, when Chinese emperors bestowed golden warrants, or paizas, upon favored travelers that would grant them safe conduct throughout the empire. Indeed, Kublai Khan presented one to the eminent Venetian Marco Polo in the last half of the 13th century. Here in the 21st century, the Venetian’s Paiza Club has an offering from China in the form of satellite feeds. It also has a tea bar, cigar rooms, private gaming rooms, and rare wines and spirits. “[The club] really is the key to the service component,” says Stone, adding that Paiza Clubs are planned for the Sands Macao in China and for the Venetian’s Palazzo addition, scheduled to open in 2007.

Because the suites’ clientele is predominantly Asian, Stone dispatched the design staff, from Wilson & Associates of Dallas, to China to explore and study the East-meets-West aesthetic, which Stone believes is best expressed in Shanghai. Jim Rimelspach, executive vice president and design director for Wilson & Associates, led the team from Hong Kong and Shanghai deep into the country’s interior to identify villages where they could acquire Chinese antiquities and find the craftsmen who could manufacture new designs.  “[We wanted to] give guests a feeling of connection to their roots,” says Rimelspach.

A feng shui master reviewed plans for the suites, offering suggestions on the layouts and enumerating taboos, such as the one that prohibits the use of white objects, which are associated with death. He recommended that some suites be decorated in what he called a “warm” scheme, employing reds, golds, and black lacquer, and others with a “cool” theme, utilizing blues, greens, and lighter woods. All suites, he advised, should include water features and good luck symbols, such as fish, flowers, and birds.

“[We wanted] to keep it very residential and contemporary without being austere,” says Rimelspach, “so we used contemporary art and furnishings to set off the traditional aspects of the artifacts.” In one of the suite’s two master bedrooms, 17th-century Ming dynasty terra-cotta horsemen occupy illuminated niches cut into walnut panels near a window, while on the other side of the room, two large contemporary watercolors hang above an antique Chinese country chair. The bed is a contemporary custom design in cream-colored leather. It is dressed with Anichini linens and flanked by two modern rosewood side tables. Within the spacious walk-in closet is a dressing area that contains a Venetian mirror and a contemporary dressing table with Asian-style drawer pulls. The walls are upholstered in silk.

Rimelspach and his team employed a dozen different stones, traveling to quarries to identify specific slabs such as the lava stone from Bali that adorns the entry-hall floor of one unit. Other selections for this suite include Italian marble for the master bath and onyx for the entry bath.

The main living area consists of an enormous open-plan living/dining room that showcases an asymmetrical fireplace. Black glass panels line the fireplace, and some of them lift into the stone to reveal a plasma-screen TV. The Asian influence in the contemporary furniture designed by Rimelspach’s team is evident in such details as the Chinese fretwork on the sofa backs. In the zebrawood-paneled dining area, eight modern leather armchairs with nailhead trim surround a round macassar ebony table featuring inlaid ivory. To one side, an antique Chinese altar table is topped with Han dynasty ceramics, and to another stands a silver-and-gold-leaf screen that depicts fish swimming through marine plants. A Murano glass chandelier presides over the space.

All of the suites offer workout rooms, steam/saunas, beauty salons, and massage rooms, as well as state-of-the-art media rooms with multiple plasma screens, surround sound, and karaoke racks. On-screen directions in various languages are available, and the hotel staff program them into the Crestron systems before guests arrive. Should guests need assistance with the controls, a 24-hour butler is at their disposal along with a private concierge. Bedrooms, bathrooms—which offer spectacular views of the Strip—and even the closets have TVs. And of course, guests can order Asian delicacies, such as abalone, blowfish, shark-fin soup, and sea cucumber.

The Chairman Suites took 11 months to complete, which was longer than Stone had anticipated. When they opened in February 2005, the first high rollers arrived just in time—as luck would have it—to celebrate the Chinese New Year.