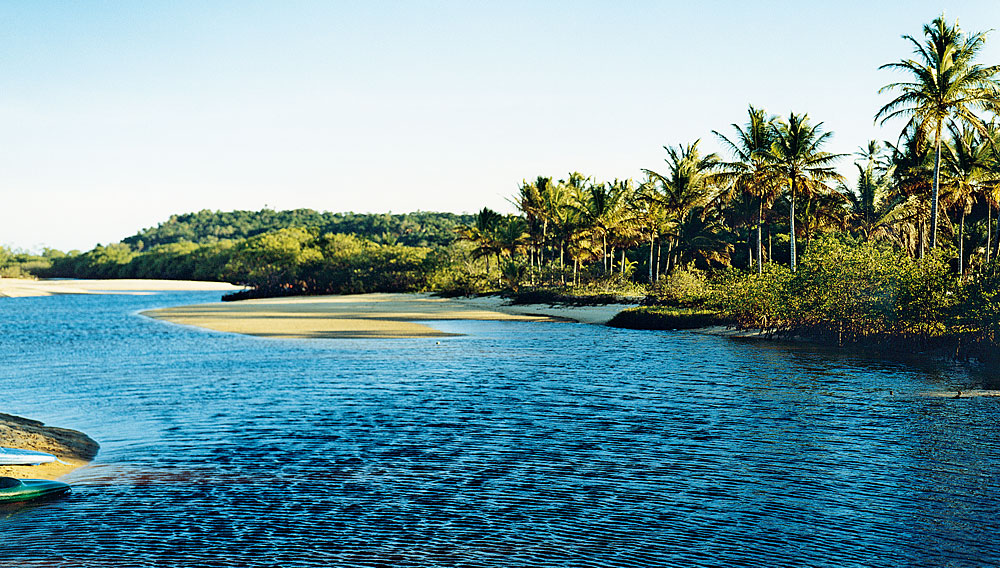 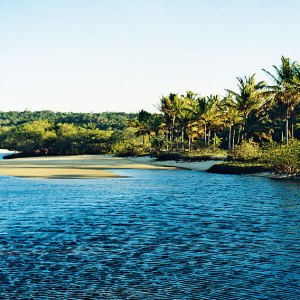 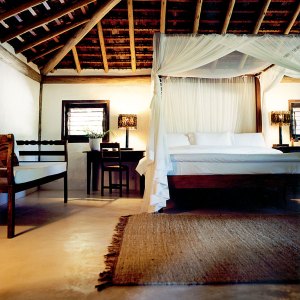 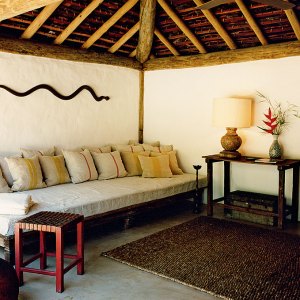 Wilbert Das, creative director of the Diesel clothing company, made sure that no trees were felled during the construction of his Uxua Casa Hotel in the picturesque fishing village of Trancoso, Brazil. Originally intended as Das’ vacation home, the nine-room Bahian retreat—which is located about a 10-minute walk from the beach, on Trancoso’s scenic quadrado (town green)—opened to guests in May.

Life at Uxua Casa centers on the pool, where some 40,000 hand-laid aventurine quartz stones emit a soothing green glow. Service by the pool, as elsewhere on the property, is purposely hands-off, adding to the sense of rustic isolation.

Uxua’s beach lounge and one- to three-bedroom “casa” accommodations further the resort’s bucolic ambience, with floorboards and midcentury furnishings that were salvaged from abandoned Brazilian farms and restored by local artisans. Builders also used reclaimed wood for such features as the eucalyptus showerheads in the guest rooms and the 9-foot-long dining table, crafted from the twisted root of a cashew tree, in the hotel’s poolside restaurant. Uxua Casa Hotel, +55.73.3668.2277, www.uxua.com ($435–$1,180)