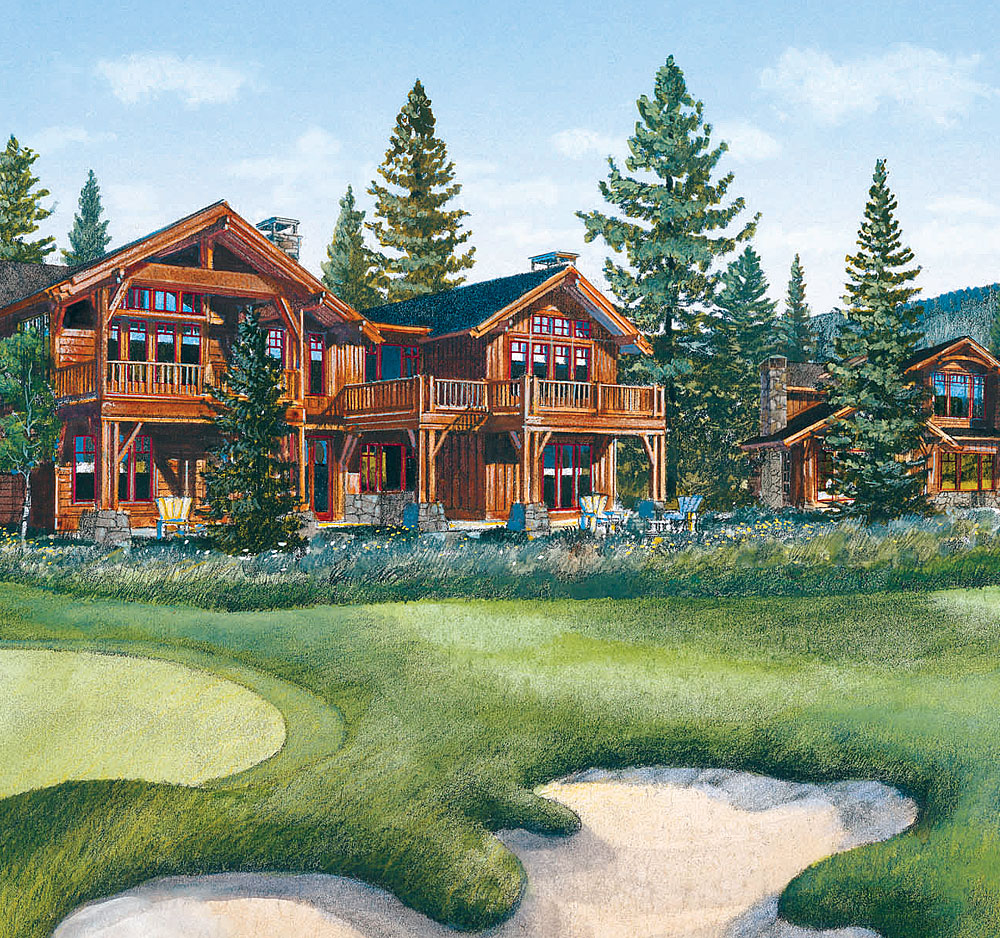 Mark and Melissa Richardson, the husband-and-wife developers behind the new Timilick golf community in Northern California’s Martis Valley, believe they have a home-field advantage over the other companies that have built in the region recently. “We knew that this was an area that was sensitive to development,” says Melissa, whose family has owned property in the Martis Valley, about 11 miles northwest of Lake Tahoe, for decades. “There were already a number of golf course communities up here, but we knew that the locals wanted something that was an asset to the area—not another gated development that wouldn’t be part of the community.”

Unlike the majority of its neighbors in the Martis Valley, Timilick will offer nonhomeowners the opportunity to join the community’s golf club, a Johnny Miller and John Harbottle layout scheduled to open in spring 2008. The Richardsons, who are based in San Francisco, also plan to limit the number of homes on the 475-acre site. “We are zoned for 1,500 homesites but are only developing about 400,” says Melissa. “We didn’t want to impose on the land too much.”

The land that Richardson speaks of is located on Highway 267 between Truckee and Northstar, a stretch becoming known as Billion Dollar Road. The region first boomed in the mid-1990s, when newly minted millionaires from the Silicon Valley began snatching up second homes throughout Lake Tahoe. East West Partners, which developed Vail Valley in Colorado, initially lured buyers to the Martis Valley with Old Greenwood, the first of four residential communities that compose the company’s Tahoe Mountain Resorts. (East West’s latest project in the region, the Highlands at Northstar, will include residences at a new Ritz-Carlton resort, which is slated to open in late 2009.) In 1996, DMB Associates, developers of Silverleaf and DC Ranch in Arizona, broke ground on Lahontan, one of the Martis Valley’s most expensive communities.

DMB Associates sold all 509 homesites at Lahontan by 2001, but only 191 homes have been completed, 30 of which are back on the market (at prices from $300,000 to $4.75 million). The company also recently broke ground on Martis Camp, a sister development to Lahontan that is located on an adjacent site.

Despite its neighbors’ head start, Timilick may feel lived-in long before the others do. In addition to 218 homesites (priced from $270,000), the community will offer 188 turnkey townhomes (priced from $995,000) designed by Dale Cox of Cox and Kromydas, whose previous works include the clubhouse and several homes at the Yellowstone Club in Montana. “We wanted a five-star design team that would understand the area,” says Melissa. “Dale is based in Truckee and has done 50 custom homes around the lake, so he really understands what’s appropriate here.”

Timilick’s townhomes will be available in four configurations (from 2,207 square feet to 2,684 square feet) and may include hickory plank floors, farmhouse sinks, and stainless steel appliances. The Richardsons also commissioned Cox to build Timilick’s clubhouse, which will be the community’s social hub.

The Richardsons hope that Timilick itself will be a social hub, a goal underscored by the couple’s decision to sell golf memberships to nonresidents. “We saw a lot of empty homesites at other clubs where people had purchased the land just so that they could play at the club,” says Mark, who adds that Timilick’s course is the only one in the area with both mountain and meadow terrain. “We didn’t want this to be a community of empty homesites. We’re building a product where the buyer is the end user, not a speculator or someone who doesn’t ultimately want to live here.”