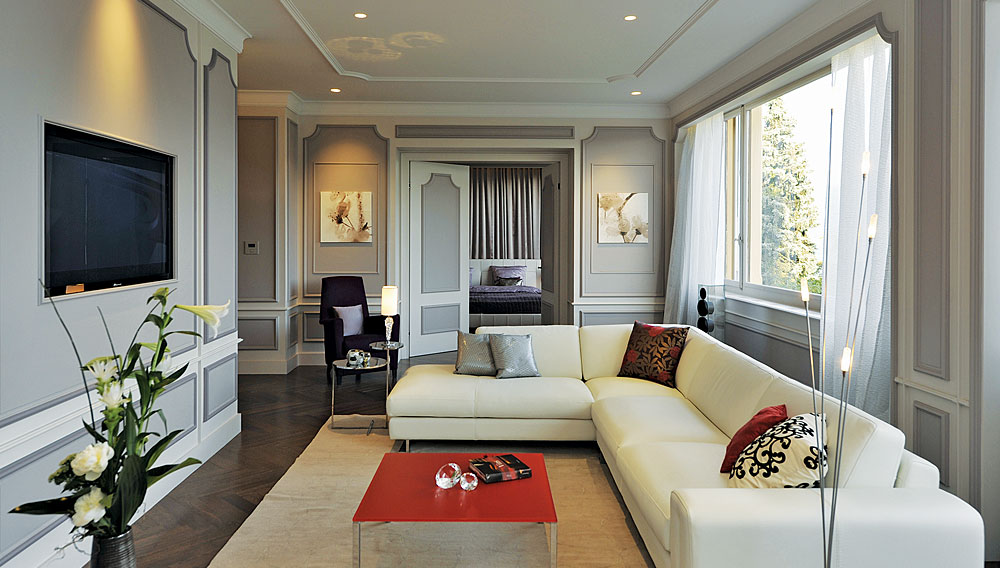 For most of the 20th century, Switzerland’s Hôtel du Parc was an exclusive retreat for European nobles and other distinguished guests. The Belle Epoque property—set high above Lake Geneva in the Alpine village of Mont Pèlerin—closed as a hotel in 2000, but the landmark is readying to reemerge as a more permanent refuge for an even more select group.

Slated for completion in early 2012, Du Parc Kempinski will be a private retreat comprising just 24 whole-ownership residences inside the 104-year-old building. The Geneva-based Swiss Development Group (SDG), which acquired Hôtel du Parc in 2008, is overseeing a more than $100 million renovation of the property that will convert its 140 guest rooms into 21 apartments and three penthouses. The international hospitality group Kempinski will manage Du Parc as part of the company’s portfolio of private residences in Europe, Asia, and the Middle East.

All Du Parc residences—from the nearly 2,000-square-foot apartments with two bedrooms to the roughly 6,500-?square-foot penthouses with six bedrooms—will have views of the lake. Interiors for the apartments and penthouses, designed by the New York–based firm BBG-BBGM and the Italian fashion house Fendi Casa, respectively, will be classic or urban. Bathrooms will offer iHouse Smarthydro tubs—which allow baths to be drawn remotely by phone—while bedrooms and living areas will feature hidden flat-screen TVs that pop up on command and Crestron automation systems for controlling lighting and music.

Amenities will include a Givenchy spa, a Davidoff cigar lounge, and a wine cellar and tasting room. Moreover, owners will receive privileges at the nearby Le Mirador Kempinski hotel, including the use of its helipad; a 10-year membership to that hotel’s country club and spa; and a lifetime membership to the Lavaux Golf Club. Other activities not far from Du Parc range from dining at chef Anne-Sophie Pic’s Michelin-starred restaurant at the Beau-Rivage Palace hotel to heli-skiing at the world-class Verbier resort.

Du Parc’s residences are priced from about $4.2 million to nearly $20 million (plus an annual maintenance fee). As if to underscore the property’s exclusivity, Du Parc will offer no more than eight of its 24 units to buyers outside Switzerland and the European Union.

This Luxe, Pininfarina-Designed Train Will Take You Through Switzerland’s Breathtaking Landscapes