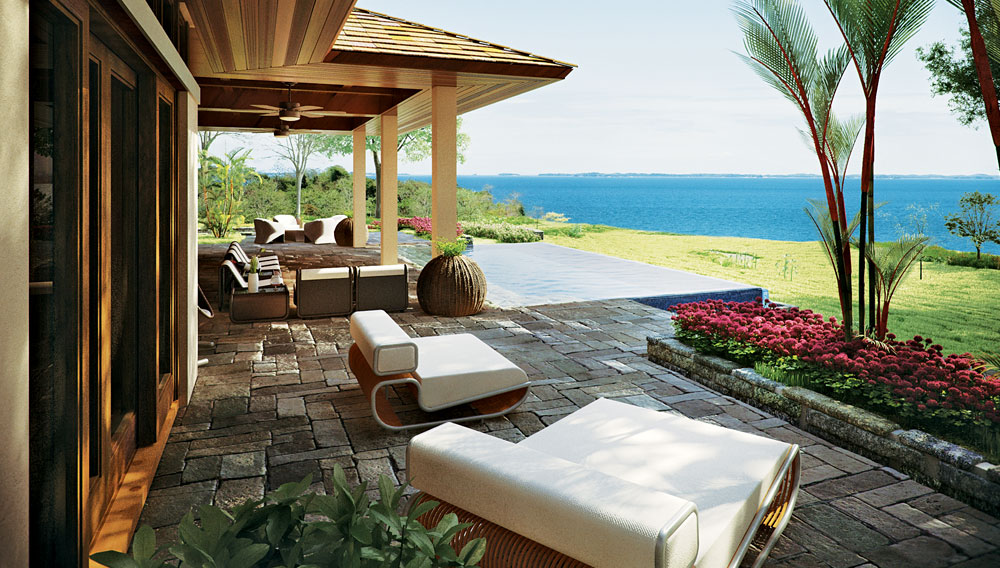 Panama’s Pearl Islands have long held hidden treasures. The archipelago of some 39 islands and 100 islets, located about 56 miles off the coast of Panama City, has yielded some of the world’s most precious pearls, including La Pelegrina, a 111-grain silver pearl coveted by 19th-century Russian royalty, and La Peregrina, a pear-shaped specimen that made its way through a long line of kings and queens before settling around the neck of Elizabeth Taylor. The region’s latest gem, however, is an island itself—a 3,700-acre haven that is being transformed into one of Central America’s most exclusive resort communities.

Located just 20 minutes by plane from the mainland, the Pearl Island resort community occupies a private island that is roughly the same size as St. Barts. But the island, which features 18 miles of pristine coastline, will never be home to more than a few thousand residents and visitors. “It is almost like we are developing a new country,” says Pierre Charalambides, a founding partner of the Greece-based Dolphin Capital Partners, the developer behind Pearl Island. “The benefit is that we can establish a very unique place where the amount of construction is controlled and the experience remains at a certain level throughout.”

Charalambides’s long-term plans for Pearl Island call for 1,100 residential units. The first phase of construction, much of which is scheduled for completion by the end of the year, includes just 200 homesites on 250 acres. Buyers can purchase a 1- to 2-acre lot (starting at $700,000) and build a home using their own architects and designers, or they can select one of Pearl Island’s predesigned, fully furnished two- to four-bedroom villas ($500,000 to $2 million). To date, more than half of the initial lots and villas have been sold.

Completion of Pearl Island’s first phase will also yield restaurants, a beach club, a spa, a children’s club, an airstrip, and a marina that will be the largest in Central America. Home ownership includes membership and access to all of the clubs and amenities, as well as housekeeping, gardening, concierge, and maintenance services.

Future plans for Pearl Island are ambitious, encompassing a handful of high-end hotels (the first, a Ritz-Carlton Reserve property, is scheduled for completion in 2015) and a number of retail establishments. Still, the master plans for the island designate 70 percent of the land as a natural preserve, with more than 30 miles of hiking and biking trails. The developers decided against a golf course because, according to Charalambides, it would have felled too many trees to remain true to the company’s conservation goals. (Homeowners will instead be able to travel to nearby Viveros Island, where a golf course is in development.)

For Charalambides, Pearl Island’s combinations of conservation and convenience, exclusivity and access, are what will set the community apart in the long run. “This is the only place I know,” he says, “where you have a global city right next to one of the most unspoiled islands in the world.”