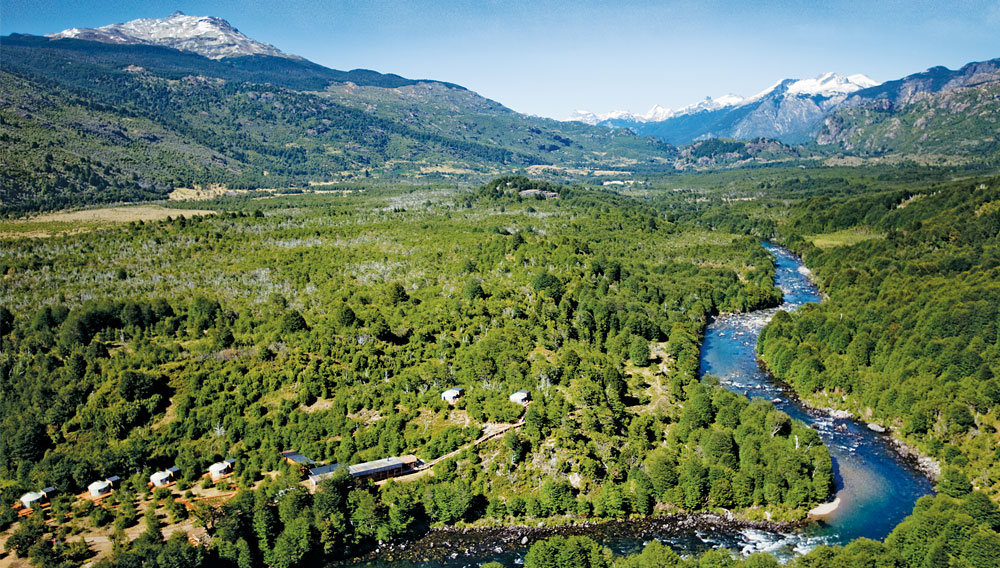 The appeal of Chilean Patagonia lies largely in the region’s inaccessibility. Its untamed beauty—an arresting tableau of glacier-fed lakes, rolling pampas, and ultramarine skies—has endured at least in part because of its remoteness. Now a bold new initiative is making this pristine corner of South America more accessible to a lucky few homeowners while simultaneously preserving the land for generations to come.

Patagonia Sur is a for-profit conservation venture co-founded in 2007 by the U.S. social-networking entrepreneur and conservationist Warren Adams. The company seeks to permanently protect large tracts of land in Chilean Patagonia through an economically sustainable business model that includes a limited number of residential lots in seven private reserves. Using Chilean laws and U.S.-style land trusts, Patagonia Sur offers its buyers fully vested ownership in the properties while setting aside the vast majority of the terrain for conservation.

Patagonia Sur has assembled its seven reserves through the acquisition of dozens of prime parcels throughout Chilean Patagonia’s northern region. Totaling 90,000 acres, the reserves span environments ranging from alpine lakes to an isolated area on the Pacific Coast favored by blue whales and Magellanic penguins.

“Besides the incredible beauty, the big attraction for our investors is, everything is taken care of,” Adams says. “Roads, services, energy, and amenities like horseback riding and fishing—we offer all that. And because of our extensive conservation areas, you get more playground than you would on your own.”

Patagonia Sur’s showcase property, the 8,000-acre Valle California, is the most developed of the seven reserves. The retreat’s La Estrella Ranch features stables and an owners’ lounge that includes kitchen facilities, a dining area, a massive river-rock fireplace, and vast windows that afford river and mountain views. Ninety-three percent of this densely forested property, which is bisected by the trout-filled El Tigre River, will remain undeveloped, with the remaining 7 percent accommodating the club facilities and 25 private lots.

To date, Patagonia Sur has sold half of its lots at Valle Cal­ifornia, with prices ranging from $716,000 to $2.2 million. Con­struction has begun on several homes (maximum size is 5,000 square feet for lots of 20 acres or more), some designed by the celebrated Chilean architect Cazú Zegers. In addition to those at Valle California, lots are available at Patagonia Sur’s Lago Espolón, Jeinimeni, and oceanfront Melimoyu.

Patagonia Sur’s real-estate business helps fund the company’s nonprofit efforts, which include reforestation projects, community-outreach programs, and ocean research. “Whether it’s our sustainable development or our other initiatives,” Adams says, “what we are doing is making jobs, helping the environment, and making the land more valuable.”