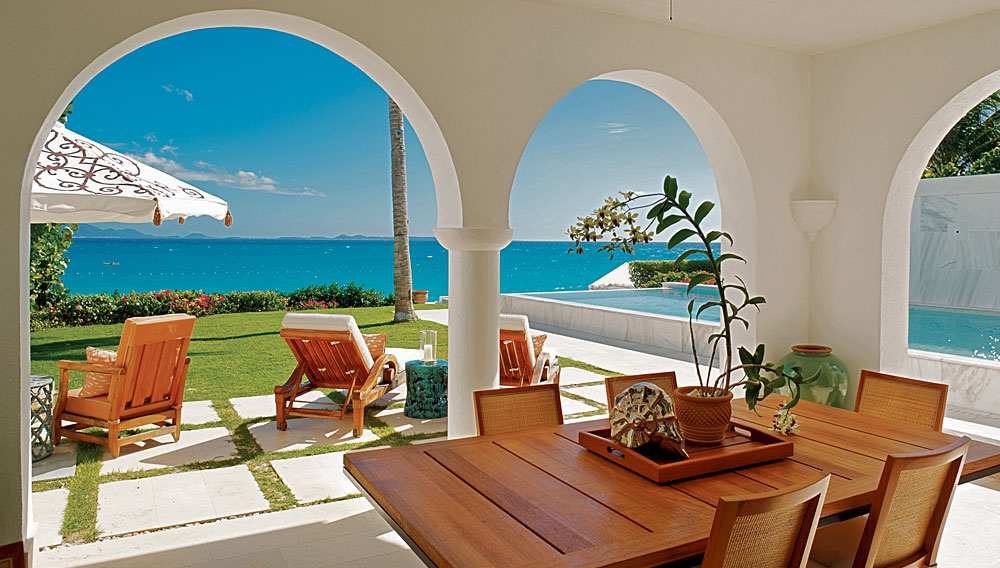 In December 2007, Adam Aron found himself on the powdery white sand at Cap Juluca, the classic Caribbean resort on Anguilla’s southwest coast that had lured him back several times before. But this time, Aron was at a crossroads: He had just left his job as CEO of Vail Resorts and had no idea what the next phase of his career would be. “I ran into the owner on the beach, and he told me that the resort was for sale,” recalls Aron, who had been visiting Cap Juluca since 1999. “It seemed like a destined opportunity, and soon after, I had a handshake deal to buy the property.”

He soon officially acquired one of the most recognizable resorts in the British West Indies. Built in 1988, Cap Juluca was Anguilla’s first luxury development, and its domed, Moorish-style villas along the perfect crescent of Maundays Bay have from the beginning been its defining feature. Thus, during Aron’s ongoing $28 million renovation of the 179-acre resort, he has been careful to refresh, rather than drastically alter, the villas’ appearances. Aron is, however, putting several of the units to new use: He plans to convert 12 of the 18 beachfront structures into residences and build five new villas in the same style.

Aron says the original villas each will undergo a $3 million renovation as they are sold and converted into residences ranging from two to five bedrooms. The units will include living areas, dining rooms, kitchens, and large outdoor spaces with swimming pools and direct beach access, as well as player and membership access to the nearby Greg Norman–designed Temenos golf course, the only course on the island. Prices range from $7 million for a 3,300-square-foot two-bedroom home to $17 million for an 8,500-?square-foot five-bedroom model.

The villas are whole-ownership units, but Anguillan policy dictates that foreigners spend no more than 121 days annually in them. For the rest of the year, the villas must be put into a rental pool managed by the resort, and thus become guest rooms again (the resort and homeowners will each take an equal share of the rental fees). The original resort offered 95 guest rooms; Aron expects the number will remain roughly the same.

The residences’ interiors will be outfitted by Dallas-based designer Paul Duesing, whose past resort projects include Tucker’s Point in Bermuda and One&Only Palmilla in Los Cabos, Mexico. Inspired by the colors of Maundays Bay—soft green, pale turquoise, coral, and sand—Duesing devised a light palette that complements the views. His plan calls for Turkish limestone floors, ceilings covered with beachy painted-wood planks, master bathrooms swathed in white calacatta marble, and powder rooms with colorful Moroccan tile.

“Whoever built this originally paid attention to giving it character,” says Duesing, whose redesign includes the resort’s guest rooms and public spaces. “We’ve just brought it back to life.”