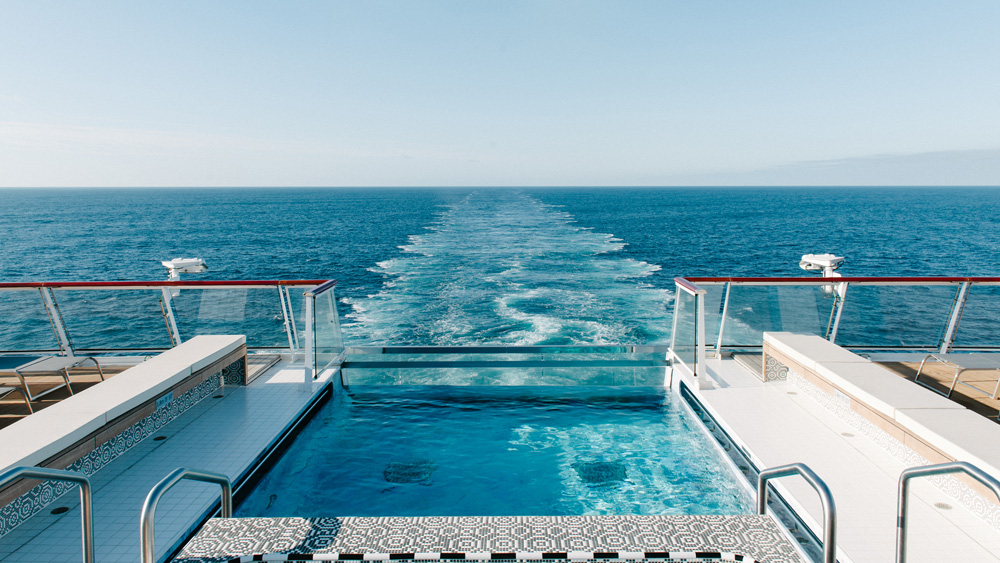 Though certainty not for landlubbers, Viking’s new eight-month Ultimate World Cruise is one stellar way to tick off a substantial chunk of your travel bucket list. The 245-day itinerary is the longest-ever continual cruise from any brand, slated to encounter 59 countries and 113 ports—giving guests an excellent mix of both iconic cruising destinations and more off-the-beaten-path locales as it completes a full circumnavigation of the globe.

Following on the heels of the sold-out 128-day World Cruises that Viking Sun—the latest ocean liner in the Switzerland–based brand’s fleet—will complete before the end of the year, the Ultimate World Cruise will embark from London on August 31st, 2019. A total of 930 passengers will settle into the new ship’s 465 sleek staterooms, all of which boast verandas and ocean views. Though all come complete with ample closet space, plush king beds, and spacious bathrooms, we’d suggest booking one of the larger explorer suites, which feature separate living and sleeping areas, wrap-around balconies, and just enough space to avoid catching cabin fever as you make your way around the globe.

After cruising through the British Isles and the Arctic Circle, the ship will make its way west towards Canada, stopping in under-the-radar destinations like Qauortoq, Greenland—which is rich with ancient Viking, Inuit, and Danish history. The ship will trace the path of Leif Erikson across the Sea of Labrador, and then will make its way down the eastern seaboard and cross into the Caribbean to hit beloved ports throughout the region. Just shy of the 100-day mark, guests will disembark at the End of the World in Ushuaia, Argentina—a steep and starkly beautiful, hillside city located on the southernmost tip of South America.

The Sun will then navigate its way up the western coast of the Americas before heading out across the Pacific Ocean towards Tahiti and French Polynesia. During long cruising stretches, guests can watch the ship chug along from the infinity pool (which appears to almost hang out over the stern), indulge in high tea under a canopy of Scandinavian trellised wood in the Wintergarden, or head to the LivNordic Spa—which comes complete with a snow-filled grotto and traditional Nordic saunas.

The Sun will then spend a few weeks crisscrossing between Australia and New Zealand, stopping in buzzy Hobart, Tasmania, and the pristine Whitsunday Islands. The last 100 days of the cruise will then be spent checking off top sights throughout Asia and the Middle east, navigating through the South China Sea, the Bay of Bengal, and the Arabian Sea on their way to Luxor, Egypt. The around-the-world journey will then come to a close by crossing the Mediterranean and cruising up the coast of Europe.