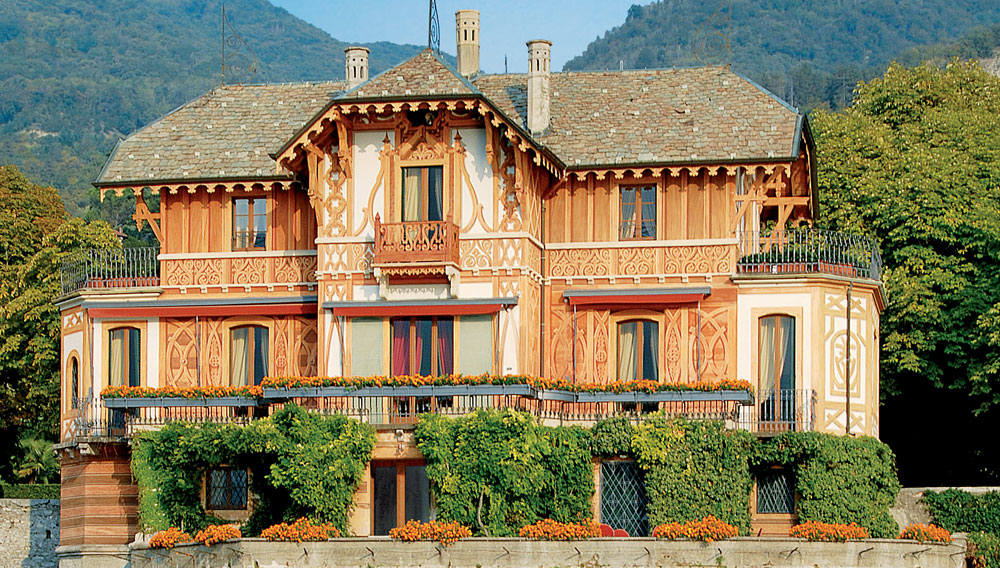 The Resort: The grande dame of Italy’s Lake Como waterfront, Villa d’Este opened in 1873 as a retreat for Milanese aristocrats. The 152-room resort’s centuries-old structures and gardens set a stately backdrop for languid walks along the lake and lunches of risotto on the main restaurant’s terrace. Each of the rooms and suites, which are split between the 16th-century Cardinal’s Building and the 19th-century Queen’s Pavilion, evokes luxury of old with Empire furnishings and heavy silk drapes that frame views of the lake.

The Villa: Fringed with magnolia, wisteria, and chestnut trees, Villa Cima was home to Villa d’Este’s owners, Count and Countess Pino, in the early 1800s. The 7,000-square-foot patrician-style residence sits lakeside within Villa d’Este’s 25-acre park and spans three floors connected by a winding, red-carpeted staircase and an elevator. Expansive terraces on each level afford views of the lake and cypress-and-pine-covered mountains. When staying at Villa Cima, you have access to all of the resort’s amenities—among them a private dock and helicopter pad—and, by request, the services of a dedicated butler and chef.

The Highlight: Soaking in a claw-foot bathtub while taking in the lake views.