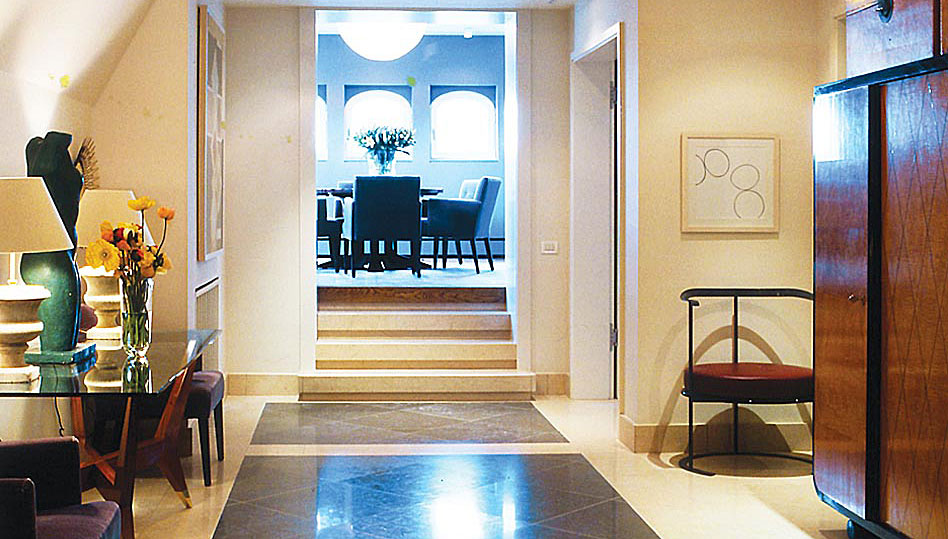 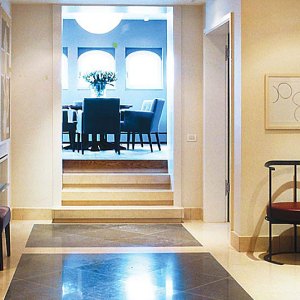 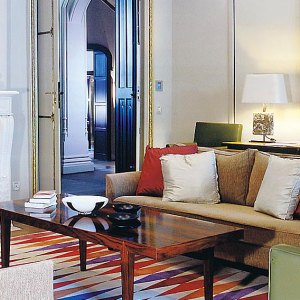 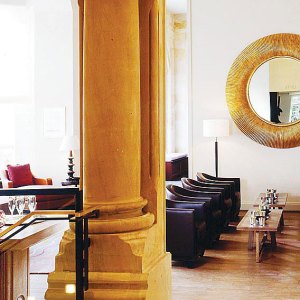 Chic, sleek, and loaded with sex appeal, Villa Kennedy is more reminiscent of London than Frankfurt, which stands to reason considering that its creator, Sir Rocco Forte, is British. For Forte, a flamboyant 61-year-old triathlete and former actor, the Frankfurt property is the latest in his namesake company’s growing arsenal of hotels (currently 11) across Europe. Each of Forte’s properties has a distinct character, but at Villa Kennedy (so named because President Kennedy’s motorcade once rolled down the hotel’s street, which later was rechristened Kennedyallee) he plays off of expectations. Set within a massive, neoclassic mansion with crenellated stone walls and towers and turrets, Villa Kennedy appears from the outside to be a bastion of bürgerlich convention and propriety. Once inside, however, the mood changes from 19th-century staid to 21st-century sophisticated. Plump easy chairs and sofas in hues of plum and charcoal line the hotel’s minimalist lobby and corridors. The monochrome patterns give way to multicolored stripes and hot pink spots in JFK’s, the hotel’s bar and lounge, where 80 euros buy you a martini made with Louis XIII Cognac and 40-year-old port. Accommodations The hotel describes the contemporary yet comfortable interiors of its 134 rooms and 29 suites as “minimalist deluxe.” Facilities Nine meeting rooms and the Konrad Adenauer Ballroom, which accommodates as many as 270 people. The hotel’s spa includes an indoor pool, a Turkish steam room, a yoga and Pilates studio, a gym, and eight treatment rooms. Dining The hotel’s restaurant, Gusto, is a handsome study in gray monochrome banquettes and columns lit by modernistic wall sconces. Chef Dario Cammarata and the cuisine are Italian, and the attire is smart casual. Concierge Recommends Visit Schloss Johannisburg in the nearby Rheingau wine region for a private Riesling tasting in the estate’s historic cellar, which contains casks dating to the 18th century. Rates From $730 for a standard room to $5,990 for the Georg Speyer Suite.