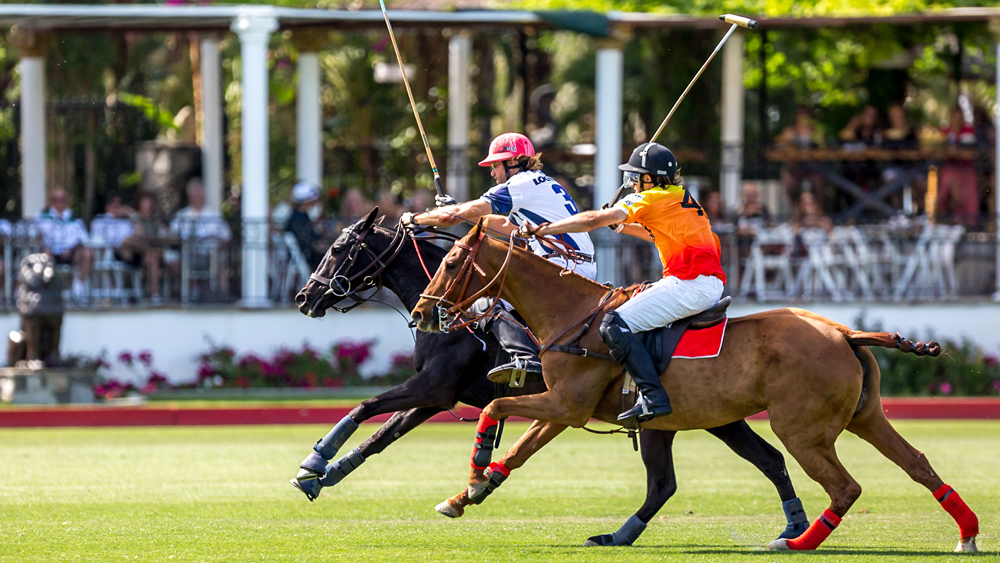 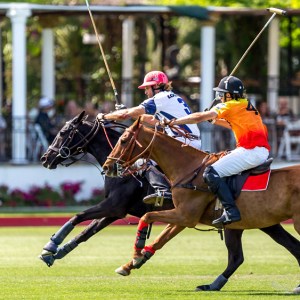 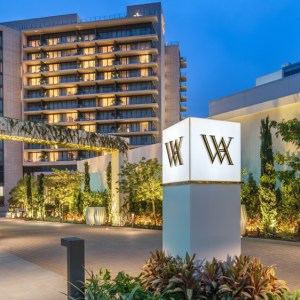 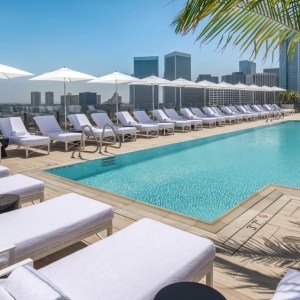 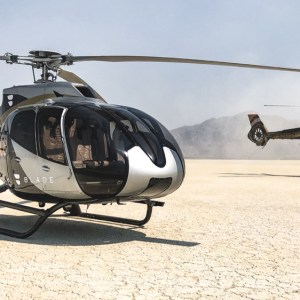 We admit that Presidents’ Day Weekend feels like a long way off. After all, you’ve still got holiday travel and that post-New Year’s detox to get through. But when the gleaming Waldorf Astoria Beverly Hills and La Quinta Resort & Club, a Waldorf Astoria Resort—Southern California’s newest and oldest grand dames—team up to create a supremely posh, polo-fueled weekend getaway, planning your first over-the-top 2019 getaway doesn’t seem like such a stretch.

Before heading out to the desert to watch players and ponies go head-to-head under the warm February sun, the Ultimate Polo Experience weekend ($20,000, with a portion of the proceeds benefitting Tower Cancer Research Foundation) will kick at the slick Beverly Hills property. After checking into their deluxe king room—which boasts sweeping views of the Hollywood Hills—guests should head up to the Rooftop by JG for a quick cocktail, where those views expand into a panorama of the Los Angeles skyline. Then, head back downstairs and settle in at Jean Georges Vongreichten’s buzzy lobby-level restaurant for an eight-course tasting menu sure to guarantee a solid night’s sleep. And that’ll no doubt come in handy, because first thing on Saturday morning, guests will head back up to the rooftop, where a helicopter operated by Blade—a company that has taken Uber’s on-demand model to the skies—will be waiting to whisk them off to La Quinta.

Upon touchdown on the grounds of the Empire Polo Club in Indio, guests will be treated to a lunch with Player of the Centennial Era and National Polo Hall of Famer Guillermo “Memo” Gracida, Jr. And, if they’re up for it, they’ll then spend the afternoon out on the fields with Gracida, where the winningest U.S. Championship player of all time will put them through the paces of near-side shots, penalties, and pony handling. Guests will then end the afternoon at the sprawling Eisenhower Suite back at La Quinta Resort & Club, which has been a favorite celebrity hideaway since 1926.  On Sunday, they’ll put their new-found polo expertise to good use at Empire, where they’ll watch the day’s matches unfold while sipping on cocktails and enjoying light bites in the Owner’s Suite—and get to rub elbows with past and current players.

The weekend will wrap with a helicopter flight back to Los Angeles, where they can arrange for a private car to whisk them home via the Private Suite at LAX—because skipping the holiday-weekend airport madness is the ultimate way to top off an indulgent few days.