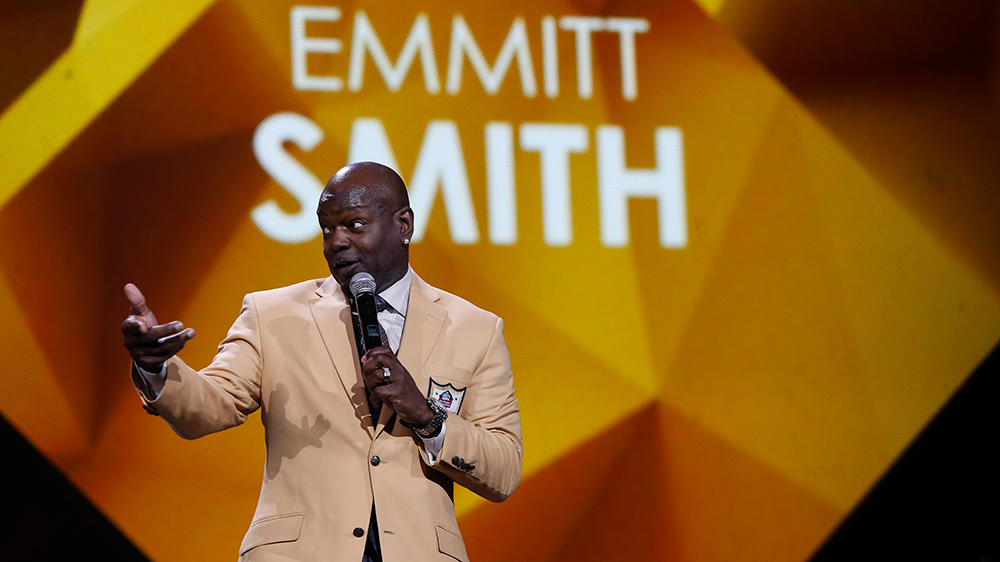 Emmitt Smith has fond memories of his trips to the Super Bowl. “Making it to the championships is an incredible feeling,” remembers the NFL legend, who won three Super Bowl rings and an MVP title during his time with the Dallas Cowboys. “While you can always expect energy and action on the field, each game has its own unique atmosphere, as does each host city. And standing on the field after winning and watching the confetti fall is truly unlike anything else.”

While most of us will never feel confetti rain down on us after we snag a championship ring, we can experience a bit of the magic for ourselves at this year’s Super Bowl LIII in Atlanta alongside greats like Smith himself. As the official hospitality partner of the NFL, On Location Experiences (a premier travel, event, and curated hospitality company) is offering a range of VIP packages and suite options that include premium seating, priority stadium access (through a private entrance), and access to pregame parties featuring live entertainment, open bars, eats by Top Chef alums, and appearances by NFL champs and Hall of Famers.

“With our unique partnership with the NFL, we are able to provide our guests with the best of what the Super Bowl has to offer, and have the exclusive ability to get fans closer to the game and to the action than ever before,” says John Collins, CEO of On Location Experiences. “For many people, attending the Super Bowl is a once-in-a-lifetime opportunity, and we are always looking for new ways to enhance the fan experience to make these moments unforgettable.”

Collins adds that as “fan engagement is the main priority,” each of the pregame events will allow guests the chance to “talk football with some of the most renowned and influential players in the game.” Along with Smith—who is serving as On Location’s Brand Ambassador for this year’s festivities—the 19 former players scheduled to participate include Joe Theismann, Terrell Davis, Orlando Pace, Franco Harris, and Rod Woodson, among others.

Upgraded perks—including the chance for more quality face time with the players—come with the higher-level packages. The top-tier “On the Fifty” package (starting at $17,500 per person) includes seats on the 50-yard line, access to dedicated lounges with food and beverages during the game, tickets to events and concerts happening in Atlanta over the weekend (such as the Bud Light Super Bowl Music Fest), luxury transportation, and five-star hotel accommodations (at spots like the St. Regis Atlanta, the Whitley, and the Waldorf Astoria Atlanta).

Best of all, this package also grants guests postgame field access—so you may feel that confetti after all—and entrance to a more intimate pregame party with the pros, where you’ll get to hear more football stories firsthand. “Atlanta is especially meaningful for me because it was the host city for Super Bowl XXVIII, when I was with the Cowboys and we came back to win 30–13 against the Bills, and I was awarded MVP,” notes Smith. “It’s memories like these that I’m excited to share with the fans.”

Contact On Location Experiences at 877.321.8538 to learn more about and to book the VIP Packages.