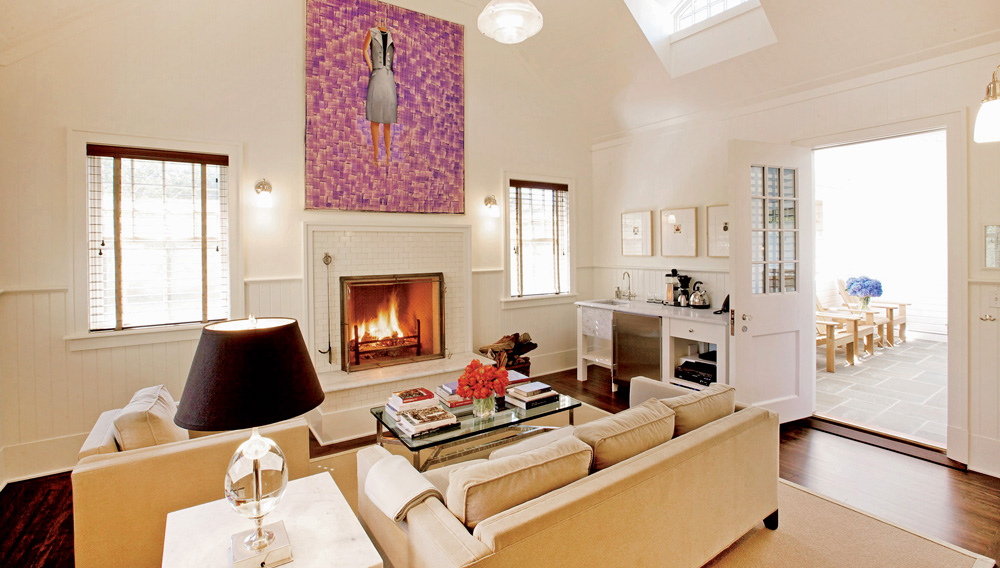 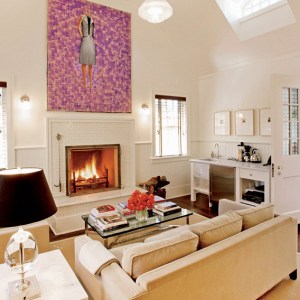 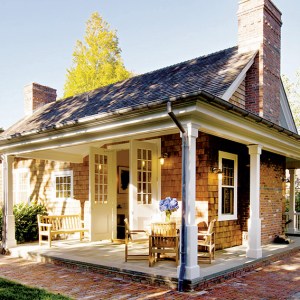 A trio of reinvented retreats brings a long-overdue option to the Hamptons holiday.

The daffodils had peaked, and the rose bushes were not far behind, when the Inn at Windmill Lane unveiled its new look in May. The scent of lavender filled the air along the hedge-lined pathway leading to Cottage One, where the whitewashed panels were freshly painted and the hammered silver “1” hanging by the door was newly polished. Inside, the fire roared, warming the last nips of spring’s evening chills. On the terrace overlooking a carpet of velvety grass, a bottle of Wölffer Estate rosé—the Hamptons summer drink of choice—sat on a table, ready to be poured.

With its grand shingled homes, tony restaurants, and lively social scene, the Hamptons—that fabled cluster of beach hamlets scattered along the south fork of New York’s Long Island—has an undeniable appeal. But the region has long suffered from a surprising dearth of five-star accommodations, leaving the occasional visitor to make the unfavorable choice between hard-to-find vacation rentals and rundown surf motels. The Inn at Windmill Lane (pictured), along with other newly renovated properties, is hoping to fill that void by combining the style and ambience of a great Hamptons estate with the service and amenities of a high-end resort.

The Inn at Windmill Lane first opened in 2009, but not until its new iteration did the property join the ranks of elite Hamp­tons accommodations. Nestled behind Amagansett’s famous windmill, the inn’s seven suites and three cottages now approximate the charming yet opulent style of the region, with Matouk linens, Duxiana beds, marble bathrooms, white wainscot walls, and a curated collection of art and photography by local artists. Also new is the inn’s 21 House, a four-bedroom estate featuring a private garden, a spa treatment room, and a full kitchen. Service, however, is the greatest enhancement at the inn, with a concierge team that can arrange VIP access to everything from local wineries to the area’s top restaurants.

Beyond Amagansett, the once-popular Baron’s Cove reopened in Sag Harbor this Memorial Day weekend with 67 rooms and suites, many of which feature private garden terraces and harbor-view balconies. A swimming pool, a lounge, and a restaurant helmed by Matthew Boudreau (formerly of London’s Cru) add resort-style amenities rarely found in Hamptons hotels.

At the end of Old Montauk Highway, the historic Gurney’s Montauk Resort & Sea­water Spa is also taking a stab at luxury. Last summer, the 109-room property debuted 38 newly renovated guest rooms, giving a much-needed update to shabby carpeting, timeworn drapes, and outmoded furnishings, and adding floor-to-ceiling windows and terraces that overlook one of Montauk’s only private beaches. In May, the resort also unveiled a renovated spa and five new dining venues—including a beach club, a cocktail club, and an outpost of Manhattan’s Scarpetta—where the rosé will undoubtedly flow well into the final days of summer.